Tulisa unleashes her oddly titled debut album The Female Boss this upcoming Monday and we’ve decided to have a look and see exactly how Miss Contostavlos' transition from track-suited rapper to pop star hasn’t been the smoothest road.

Coming from a home littered with problems, ranging from her mother dealing with mental illness to Tulisa herself getting involved with various vices at a young age, it’s fair to say that her becoming a part of hip-hop group N-Dubz might have just saved her.

Tulisa was the final part of N-Dubz, added when family member Dappy and their friend Fazer decided they wanted a female vocal on board to complement their rapping. And why not bring in your cousin if she can sing?

N-Dubz might have only started small, but success was fairly quick to come for the trio of Tulisa, Dappy and Fazer, with their debut album Uncle B (named after the group’s manager) having gone platinum since its release four years ago.

With another two albums knocked out in the next two years, N-Dubz were as prolific as they come, getting three top ten singles in the charts too during the bands brief time together in the spotlight.

They may have been reviewed fairly poorly by the critics, but they picked up four MOBO awards along the way and created a surprisingly large fanbase.

While N-Dubz had their loyal fanbase, it wasn’t enough to keep them together, as the three piece called it a day a year ago. Tulisa definitely had the softest landing out of the trio though, with her having already secured a role as one of the new judges on the re-vamped form of talent show The X Factor.

The group always courted controversy though and were too often in the newspapers for the wrong reasons, although it was Dappy who was attracting the most negative attention out of the three. Tulisa hasn’t exactly shied away from the spotlight, publically feuding with La Roux, having a sex tape go public and finding herself under fire for her relationship with footballer Danny Simpson.

The show’s been a real boon for Tulisa, who’s been able to use her weekly appearances in front of millions to springboard her new solo project.

The trick worked, with her debut single Young, a ‘party’ track embracing the current trend of hedonism that’s taken over top 40 song writing, going straight into the UK charts at number one. While the trick didn’t work with her second single Live It Up, which just failed to make it into the top ten.

The show has also done wonders for her public image, turning her from ‘the girls out of that rap group’ to a brand that she can hang more than music on with not just the musical side that Tulisa’s trying to use her new found X Factor fame to boost. The singer’s venturing into the realms of fashion, perfume and literature, having recently released an autobiography (maybe a little premature at the age of 24) and is currently working on a fiction book.

Tulisa will be hoping that the album performs more like her debut single and hits the top of the charts, but with the flotilla of albums hitting the shelves this week and chart goliath One Direction still around, Tulisa will find it very hard to boss the charts.

Click here to pre-order the album The Female Boss 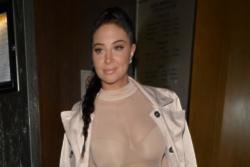 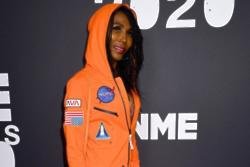 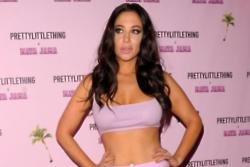 Tulisa Contostavlos apologises to Misha B but denies racism claims