Following on from his previous chart success, Grammy nominated Flo Rida has produced a sure-fire hit with ‘Club Can’t Handle Me’.

Produced by the infamous David Guetta the track is currently enjoying support from the likes of Choice, Galaxy, Capital and Kiss FM. 2008 saw the release of the rapper’s #1 4xRIAA platinum-certified dancefloor smash ‘Low (Featuring T-Pain)’ which stayed in the UK charts for over a year!

Flo’s 2009’s single ‘Right Round’ (sample of Dead or Alive’s 1984 single ‘You Spin Me Round (Like a Record)) also debuted at #1 in the UK’s official single charts. Across the pond, the track became the US’ fastest million-selling digital track in history. 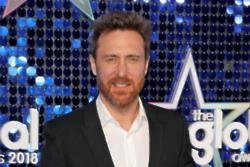