Whatever Happened To…. Atomic Kitten

Back in the day, Atomic Kitten were one of the girl groups we all wanted to be in, there was the bubbly blonde, the beautiful brunette, and then, erm, Liz McClarnon, the singer.

The band was originally formed by Andy McCluskey in 1999, and was made up of singer-songwriters Liz McClarnon, Kerry Katona and Heidi Range, who is now swanning about with the Sugababes. But alas, Heidi got a lucky escape before the band was ready to be unveiled on the public, and was replaced by Natasha Hamilton.

Although we wouldn’t touch their records with a barge pole these days (unless it’s fuelled by a litre of wine) the trio did win over our naive hearts from the moment they released Right Now until the day they decided it was time to grow up.

Althought Right Now might not have been the kid who sat next to you in science’s cup of tea, they couldn’t help but be wowed by the girls second single Whole Again which pretty much sums up the band these days.

Although, being a mega star clearly proved too much for Kerry Katona, who, to be honest, doesn’t really seem to be able to cope with very much at the minute, and she left the group at the height of their fame, to make babies with her then beau, Westlife’s Bryan McFadden. 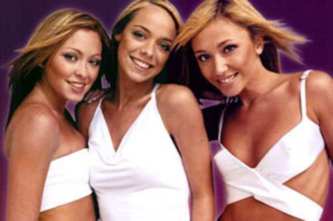 Never one to hang about, the dust had barely settled on Kerry’s memory before Jenny Frost was shipped in as her replacement, and the girls set about making history. Keen to let Jenny in gently, the girls opted for a cover song for their first Jenny-based hit, a version of The Bangles’ Eternal Flame, which reaped them their second number one hit.

They weren’t going to let their overnight success pass them by either, as they followed up the joy’s of Whole Again with a new album, Feels So Good (which also saw them give McCluskey the boot halfway through the recording of the album.

The first single to make it off this new album was It’s Okay, which I’ve got to admit, I don’t actually remember, so it can’t have made that much of an impression on me, although, the follow up to that was my all-time favourite AK song (although, it was just another cover), The Tide Is High which still get’s me up on the dance floor all these years on. I’m showing my age now aren’t I?

"It's Ok!". Even though this song performed well in the charts, securing a No. 3 position, it was the next single "The Tide Is High (Get the Feeling)", a remake of the 1965 song by The Paragons (also made famous by Blondie in 1980), which attained Atomic Kitten their third number-one single.

Then, to prove to Kerry Katona that baby making doesn’t stop music making, Natasha Hamilton announced that she was pregnant, but had no intention of breaking all our hearts and leaving her girls behind, in fact, she filmed the music video for The Tide Is High, and made an appearance at Party in the Park before finally going on pregnancy leave; what’s more, she even took the newborn toto on tour of Southeast Asia with them.

I know none of us can resist getting out groove on at a ladies night, and it seems that these three girls couldn’t either, after Kool and the Gang asked them to do a collaboration for their Odyssey album as Kool and the Gang wanted an updated version of Ladies Night and were looking for a girl group to sing the lyrics - so obviously Atomic Kitten were their first choice!

Atomic Kitten spent late 2002 and early 2003 in the studio recording Ladies Night (the album, not the single obviously!) which was to become their third and final studio album. Sniff Sniff. 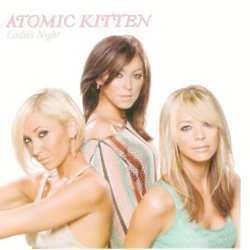 Up until this point the girls had relied on songwriters to pen their catchy lyrics, but during the creation of Ladies Night, they decided it was time to be directly involved in the creation of eight of the fifteen songs - possibly the reason they never brought out another album, possibly not.

Anyway, in early 2004, a tour to support Ladies Night and the release of their Greatest Hits album started to gather momentum; as a result, the tour was dubbed The Greatest Hits Tour, because shortly before the tour kicked off, the girls announced they would be splitting after the completion of the tour.

Where are they now?

Although we pray that we’ll see Atomic Kitten: The Reunion emblazoned across the BBC entertainment page every morning, it sadly doesn’t look like it’s going to happen. I’ve got to hand it to them though, they have had a couple of shots, but it seems the youth of today just isn’t interested.

Following their split in 2004, the girls have rebanded to feature on the soundtrack of Disney's Mulan II with the song (I Wanna Be) Like Other Girls as well as performing together in Krakow, Poland on 28 August as a main star of the Coca-Cola SoundWave Festival.

Then, a couple of months later they were back at it again, this time recording the one-off single, All Together Now (Strong Together), in association with Goleo VI, the official mascot of the FIFA World Cup 2006.

But they still weren’t willing to call it quits after the release of that one was shelved, as they released yet another charity single, Anyone Who Had A Heart on 27 January, 2008, a version of Cilla Black's 1964 hit as part of the Liverpool Number One Project.

Lets face it though girls, that magic can never be recreated, so we’re kind of hoping that the girls will focus their efforts on something a little bit more fruitful from now on, and lo and behold, the one with the voice, Liz McClarnon has embarked on a solo career! Horrah!

In fact, we caught up with Liz just the other week, and we’ll have her intervirew coming for you in the next couple of days; so you can find out all about her new single, Lately, and, cor blimey, she isn’t just a good singer either, she’s a damn good cook too, as she won Celebrity Masterchef in July, 2008.

Not quite as successful was Jenny Frost, who released her debut solo single Crash Landing on 10 October 10, 2005, but it only peaked at No. 47, and her second single, Bad Girl, which was originally penned for (and recorded by) Lisa Scott-Lee, was planned for 2008 but never materialised.

It’s thought that it was due to Jenny's pregnancy that the album was postponed, then after she gave birth, she still felt unready to release the album due to her commitments to her child and lack of being able to promote. As a result, the album is now slated for the 2009 release in November. But I wouldn’t hold your breath, ever if she does claim that 10 out of the 12 tracks for the album have already been recorded.

Natasha, under the name "Tash" recorded a track with Mischa Daniels called Round and Round (Take Me Higher), whose riff salutes to Crystal Waters Gypsy Woman. Then on 1 November 2008 Hamilton appeared on TV show, All Star Family Fortunes with her Husband, Dad, Sister and Uncle. She won £10,000 for the charity Marie Curie.

Other that that, she has kept a pretty low profile, preferring to focus her attention on her family. All-together now… aww. As for miss Kerry Katona, well, that’s a whole article in itself… let’s just say, ‘low profile’ isn’t in her vocabulary. 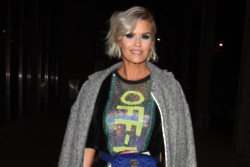