Whatever happened to… 5ive?

Any child who grew up in the nineties is sure to remember a plethora of cheesy boy and girl bands, one of the best was, without a doubt, the manufactured legends that were 5ive

Whatever happened to… 5ive?

Abs, Sean, Richie, ‘J’ and Scott adorned girls’ (and probably a few boys’) walls across the UK, and were one of the most successful bands of their time, but whatever happened to those cheeky cheesy-pop chappies?

The band was formed in 1997 by the same team behind the Spice Girls and during its lifetime managed to clock up 20 million record sales, 11 top ten singles and four top ten albums before calling it a day in 2001.

Scott Robinson, Richie Neville, Jason ‘J’ Brown, Richard ‘Abs’ Breen and Scott Robinson all replied to an advert in the performers’ bible The Stage as they thought they fitted the “Boys with attitude and edge” requirements, and these qualities undoubtedly shone through in their debut single ‘Slam Dunk the Funk, which sat pretty at number 10 in the charts.

The highlight of the bands career was probably joining the godfathers of rock and roll, Queen, on stage at the 2000 BRIT awards, and belting out their anthem “We will rock you” much to the joy of the eager ears.

After their brief attempt at a 5ive reunion (despite only having four members) the band finally gave it up as a bad job and went their separate ways…but where did they end up?

Abs was born on 29 June 1979 and clearly had a keen interest in music from an early age as he attended the Italia Conti Stage School.

After doing his time as the muscle-bound hottie of 5ive, he jetted off to Australia to play at the huge pop festival Rumba! Before enjoying a brief solo career with a few fairly successful singles and a solo album; Abstract Theory, which peaked at number 28 in 2003.

He also tried to resuscitate his flagging career (and love life) by making a special appearance on Celebrity Love Island, renowned for propelling z-listers back into the spotlight.

At the moment he is still trying to make it as a solo artist and is reported to have done some new songs and remixes, but nothing has been heard on the subject for a while, although there were some whispers that he was working with producer Lisa Voice.

Scott was born on 22 November 1970 and was clearly destined for a career in the spotlight after becoming a pupil at the Sylvia Young Theatre School at the age of nine.

Whilst in 5ive he took on the persona of the ‘cheeky chappy’ and won over all the women’s hearts, however, the day after 5ive announced the split he married his childhood sweetheart Kerry Oaker and they now have two children together.

To keep the cash rolling in, Scott runs an autograph collectors shop in Essex as well as public appearences around the UK.

He continued his love for music in the UK’s touring musical of Boogie Nights 2, with David Essex and Sophie Lawrence and has been known to dabble in radio and TV from time to time.

Born 23 August 1979, Richie was baby-faced, blue-eyed member of the band, determined to melt all the ‘girly-girls’ hearts.

And win the heart of a girl he did, as he devastated millions when he announced that he was dating Billie Piper; a romance which lasted for a year.

Born on 13 June 1976, adopted the ‘bad boy’ persona of the band, but after the spilt virtually disappeared from the public eye except for appearing in a number of Anti-War protest marches in London.

He took part in ITV’s I’m a Celebrity, Get Me Out Of Here! In 2007 and finished in an impressive third place, he was also seen as part of ‘Team Ant’ on the hit show Ant and Dec’s Saturday night Takeaway

Keen not to leave his music career behind completely, Jay has recently become involved in writing and producing for other musicians.

Sean had his first recording session at eleven and by the age of 13 performed for Elton John, Andrew Lloyd Webber and Phil Collins after winning Yamaha's Young Composer Competition.

He has recently been pursuing his solo career as an R n B, Jazz, Soul pianist and singer in London cafes and has recently signed a recording contract.

His debut solo album is finished and will be released later this year. 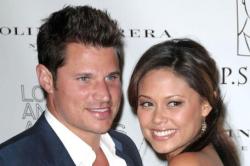 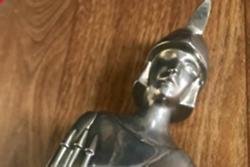