Ebony Day has shot to the headlines this week after she managed to walk away with MTV’s Brand New 2013 prize, with the unsigned artist scooping the award from under the nose of highly tipped artists like Gabrielle Aplin, K Koke and BRIT Award winner Tom Odell.

If you haven’t heard of her, don’t worry about it, as the 19 year old is yet to release a single so far. Despite that though, she has managed to clock up nearly 18 million views of YouTube and over 150,000 subscribers on the video website.

Performing a massive variety of covers (as well as a few original songs), the Guildford girl has quickly grown a massive fan base online with nothing but a guitar, a webcam and a microphone.

Her pulling off the victory against nine hotly tipped artists just proves once again the power that YouTube wields in the musical world today. It has the ability to make a person with just some original ideas and a webcam into a star and let talented people who might otherwise be lost in the crowd stand out.

The winner of the prize last year, Conor Maynard, is another YouTube star who’s gone on to major things. That he was able to beat off competition from the likes of Lana Del Rey and other artists who were consistently on critics watch lists shows the power a digital community can wield.

We’ve not even mentioned that one of the biggest names in pop got his start on YouTube. Without the video sharing site, Justin Bieber might have stayed an unknown Canadian teenage and not become a multi-million selling artists and have more platinum records by the age of 20 than most bands will have in their lifetimes.

It may have been for the wrong reasons, but Rebecca Black (who rose to infamy through her song Friday) has also landed a record deal off the back of her video going viral. That YouTube personality Alex Day can get a Christmas single to fourth position in the charts without any radio play whatsoever once again shows the might of YouTube.

It’s not just helping unsigned artists either. Carly Rae Jepsen was massively helped by the video for her insanely catchy song Call Me Maybe, Gotye’s rise to fame came through online avenues and there’s no way that Radio 1 would have ever played Korean pop without the Gangnam Style video taking over YouTube.

All of this goes to prove one thing. That YouTube may just have already become the biggest power in music. While getting onto major radio stations is still a massive pat of getting fame and glory, these powers are now being massively influenced by online activity.

Even the TV talent show is now being challenged by the internet. While Simon Cowell may still be the most powerful asset to have behind you in music, a good internet connection and a camera are quickly closing him down. We for one welcome this democratised digital future with open arms. 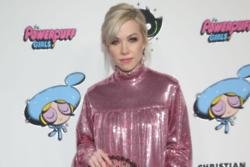