Montreal singer/songwriter NJ Taylor returns today with a special music video exclusive for Female First readers, ahead of the release of her new EP later this year.

Embracing the world of bubblegum pop, 'Pop Army' will officially be released on May 6, but we've got the gorgeous visuals here to share with you all today.

NJ says of the track: "The song started with the title, 'Pop Army'. I always thought it sounded really cool and wanted to write a song called that.

"I spoke with my co-writer, Adien, about the idea and he was on the same page. We would write a song as an homage to all the big pop figures that led to what pop is today - Michael Jackson, Madonna, ABBA.

"We were extremely inspired by those three main artists, so we wanted to have a song that brought a little bit of that funkiness. At the same time, I was really inspired by Katy Perry, Taylor Swift and Lady Gaga."

Songwriter Rob Wells, who has worked with the likes of Justin Bieber and the Backstreet Boys also gave NJ some pearls of wisdom.

At a workshop in Toronto he critiqued the demo, and NJ recalls: "He had the best comments. He compared it to Janet Jackson's 'Rhythm Nation'. He gave me clues how to make the song better, which we applied and that's what you hear today."

NJ Taylor's self-titled debut EP, featuring 'Pop Army' and lead single 'So You' will be released later this year. 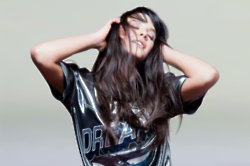 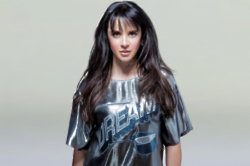