It’s dark, it’s cold, you’re denying yourself that chocolate bar you crave, there are reasons why people get the January Blues. So why not embrace the darkness and give in to an evening with a bottle of red and big old box of Kleenex and listen to some really sad songs.

So we dug through our record collections and found some of the ones with the most tear stains on.

A song all about the hidden dangers of dating in the music world, this details the doomed relationship between the groups lead singer Karen O and the frontman of group Liars, Angus Andrew.

This is a song pleading for a dying relationship to stay alive, something that we’ve all known the pain of, but few of us can put quite as eloquently as Karen.

Even the accompanying video to the song is filled with real sadness, as lead singer Karen O nearly bursts into floods of tears for real as Andrew was late to the video shoot.

While not his originally, Cash managed to make this Nine Inch Nails song all the more poignant and tragic with its wonderful simplicity and honesty. Stripping away the bizarre and deranged instrumental in exchange for an old man with just a guitar and a piano makes the song focus in on the pain at its core.

This was Cash at the end of his life, and more importantly, he knew it. Taking what was an angry and spiteful track and changing it into a regret-filled monument to a life well lived. What makes it so sad though is that it’s not a celebration, it’s a lament to what could have been, an ode to mistakes made in years past.

That the track made rocker Trent Reznor, the song’s writer, well up with tears is surely the biggest testament to the hanky inducing qualities of this Cash track.

This is an utterly devastating song that could even reduce boxers and cage fighters into blubbering wrecks without stern warning. This is an almost a cappella track, with Imogen only supported by electronic distortion on her own vocal. This is a choice that could have ended terribly but instead makes the vocal feel as hopelessly lost and lonely as the subject of the song.

Much like Cash’s rendition of Hurt, it’s the stripped back nature of Imogen Heap’s track that makes it hit harder than a sledgehammer fired out of a cannon. It’s also a track that’s bristling with anger and sadness, with Heap unleashing her electronic demons when she starts lashing out with venomous barbs.

The Verve we one of the new group of swaggering new bands leading the Britpop revolution in the 1990s, something that made it all the more harpooning when they released this gut-wrenching track.

Before the song was released, Richard Ashcroft was open that the song was immensely personal, reflecting his own battle with narcotics and the aftermath of his troubled marriage and the death of his father.

Ashcroft’s vocal is the real killer app here, his trademark drawl taking on a new angle of man just tired of life.

This is an oldie, but a classic tear-jerker.

While most sad songs commemorate the ending of a relationship, this is one that laments the tragedy and futility of the human condition, chronicling the life of an unloved woman and dedicated to ‘to all the lonely people’.

It may only be two minutes long, but it packs all the emotional punch you ever need into a concentrated package.

This was always going to be on the list really, as R.E.M’s song is often held up as one of the most sobering songs ever recorded.

While Everybody Hurts definitely deserves a place on this list, it also manages to do what no other song here and be simultaneously incredibly sad and uplifting. This was always the point of the track though, with the band wanting the song to be listened to by teenagers who might not have found their place in the world yet.

Perhaps the most constructively sad song ever recorded, Everybody Hurts is a touching song.

Amy Winehouse – Back To Black

Amy Winehouse’s is a tragic story of a fantastic talent lead down the wrong paths in life, and Back To Black is a symbolically sad song from the late songstress. It’s made all the more gloomy by the song directly reflecting what might have actually curtailed Winehouse’s life, with the song directly dealing with her troubles with narcotics and alcohol.

A touchingly personal track, it’s the highlight of the album by the same name and will forever be the track that defines Amy Winehouse’s oh-too-brief musical career.

Damian Rice has made a career of making sad songs, but this duet with Lisa Hannigan tops the pile of Rice constructed tear-jerkers.

The tale of a man confessing his infidelity, this is utterly heart breaking from beginning to end, with the breathy introduction from Hannigan the perfect opening to a song that never stops tugging at the heart strings. It’s utterly gorgeous string assembly at the end is just the perfect way to round off this incredibly intimate song.

Before you ask, he’s not asking he titular girl not to steal his man, with Ray Lamontagne’s Jolene is a very different creature than Dolly’s.

While the original is a plea bargain of a song, this title-sharing song is a touching tale of a man having to confess that he’s just too screwed up to do the titular Jolene any good. The mere subject of a man choosing his vices over love is depressing enough, but the delivery of the message this time is just as hard hitting.

Lamontagne’s voice has always been one filled with gravelly pain, but Jolene makes the most of it with just a slowly playing piano and some wonderfully subtle string work the perfect backdrop.

Any songs that make you well up every time you turn them on? Let us know in the comments section below. 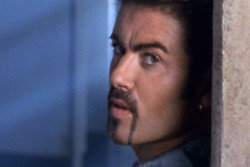