The star has had some high-profile beef throughout the years...

With the return of Taylor Swift to the music industry today (August 25) following the release of her new single ‘Look What You Made Me Do’, we’ve decided to take a look back at all of the most prominent feuds the pop/country music singer has found herself caught up in, especially following the content of the track that seemed to hint at her taking another shot at one of her enemies, despite her claims that ‘the old Taylor is dead’… 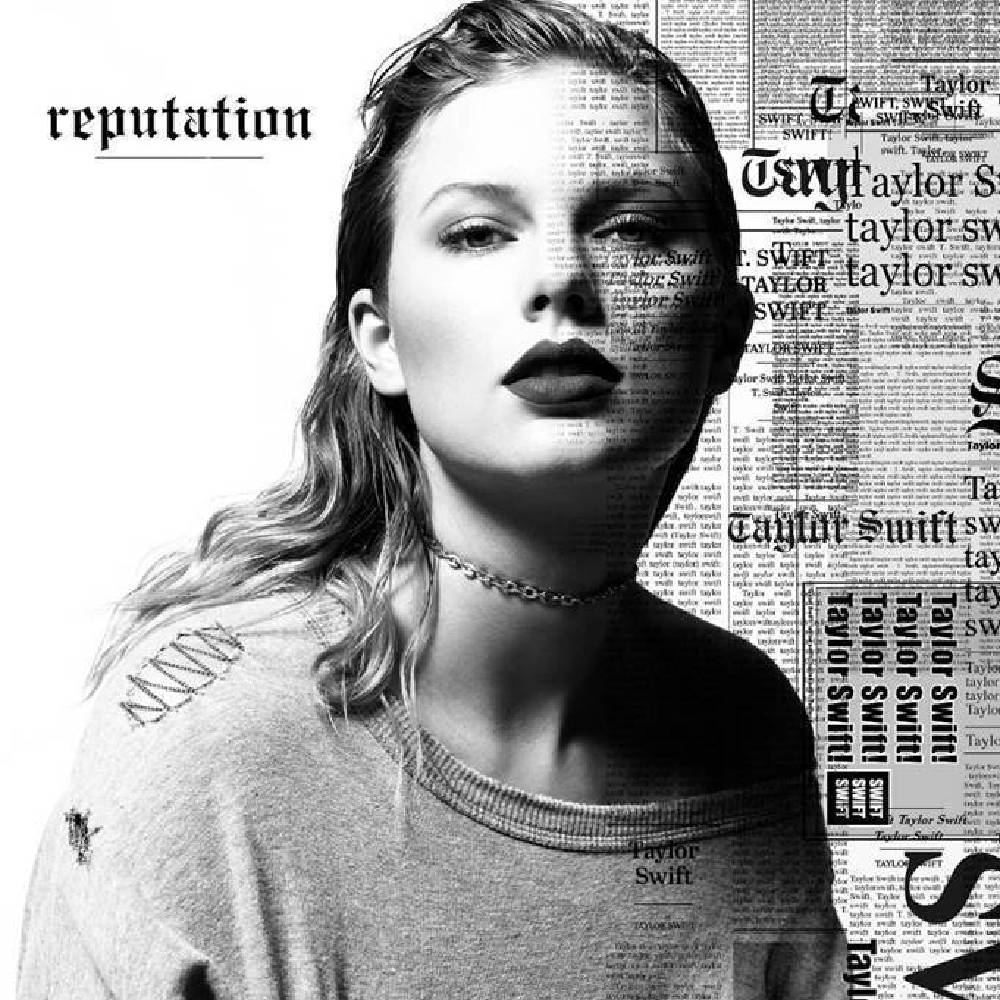 Like most dramas, this is one born out of the pair at one time being friends. When dancers that were working on Swift’s ‘Red’ tour decided they would rather quit her show and move on to Perry’s ‘Prismatic’ world tour however, things started to turn sour. Swift gave an interview to Rolling Stone and spoke of Perry, claiming that she was a passive aggressive person and would leave her wondering whether she had complimented her or given her “the harshest insult of my life”.

Swift continued: “She basically tried to sabotage an entire arena tour. She tried to hire a bunch of people out from under me. And I’m surprisingly non-confrontational – you would not believe how much I hate conflict. So now I have to avoid her. It’s awkward, and I don’t like it.”

Perry got her response in quick, tweeting the following:

Watch out for the Regina George in sheep's clothing...

Then came the ‘Bad Blood’ music video from Taylor:

No prizes for guessing who that’s about!

Zooming forward to 2016, and Taylor had enjoyed a relationship with Calvin Harris. Following their split however, Harris decided to take the beef the two had to his social media, writing on Twitter that he would not be the next “Katy ETC” that Swift would try to ‘bury’.

Earlier this year (2017), Perry was speaking to Entertainment Weekly and said that there would be nothing on her new album ‘Witness’ that was “calling out any one person”, but added: “You can’t mistake kindness for weakness and don’t come for me,” before concluding: “Everything has a reaction or a consequence so don’t forget about that, okay, honey.”

‘Swish Swish’ then arrived, and you can come to your own conclusions about that one…

Back in 2015, Minaj’s work wasn’t included in the MTV Video Music Awards nominations for Video of the Year, despite breaking all sorts of records for her ‘Anaconda’ visuals. Tweeting that it was hard for non-white, non-skinny, non-pop artists to gain recognition, Swift saw it as a personal attack and accused Minaj of pitting female artists against other female artists; something Minaj of course responded to.

“Huh? U must not be reading my tweets. Didn’t say a word about u. I love u just as much. But u should speak on this,” she said, before adding: “I’m still confused as to why u just tweeted me when I made it abundantly clear…”

Swift quickly back-tracked, writing: “If I win, please come up with me!! You’re invited to any stage I’m ever on.” The two then apparently spoke privately on the phone, before Swift tweeted an apology and then, during the VMAs, the pair performed together. Drama resolved.

It’s no secret that Demi is one of the most vocal stars on social media when it comes to politics and activism. Speaking out about a number of different topics, she’s somebody that’s unafraid to say it like it is, and call out others when they refuse to do so.

Back in 2016, the New York Supreme Court ruled that Kesha would have to stay under contract with Dr. Luke, a man she claimed had both emotionally and sexually abused her throughout the earlier years of her career. A number of women then came out and spoke about how that was emotionally damaging for Kesha and wrong for the court to do. Swift was not one of them. In fact, she stayed silent on the whole subject.

Lovato then took to Twitter to launch an attack on Swift and other female artists who call themselves “feminists”, but would not speak out or take action for the rights of women.

When Swift then made a silent $250,000 donation to Kesha for legal costs, Lovato still wasn’t happy, tweeting: “Take something to Capitol Hill or actually speak out about something and then I’ll be impressed.”

Later clarifying on Instagram in a now-deleted post (take that as you like) that she wasn’t attacking Swift, Lovato said: “I’m just tired of seeing women use ‘women empowerment’ and ‘feminism’ to further brands without being the ones that have the uncomfortable conversations.”

We have to go back almost a decade for the start of this one, when Kanye stormed the MTV Video Music Awards stage during Taylor’s acceptance speech for Best Music Video and claimed Beyonce should have won the award for her ‘Single Ladies’ visuals. President-at-the-time Barack Obama even waded into the conversation following that night, calling Kanye a “jackass” before the star took to The Tonight Show to publicly apologise for the move. Swift then joked about the matter on Saturday Night Live before returning to the VMAs in 2010 and singing ‘Innocent’, which includes the lyrics: “It’s okay, life is a tough crowd / 32, and still growin’ up now / Who you are is not what you did / You’re still an innocent.” Feud over, right? Wrong.

West reignited the flames when he spoke on a Minnesota KDWB radio, saying he did a selfless act at the VMAs and said Swift used the incident at his expense to “have 100 magazine covers and sell a million first week.” The pair still seemed to get along in public however, with Swift wearing West-designed clothes and the pair high-fiving one another at the Met Gala.

Move forward to 2015, and the two become closer than ever before at the Grammy awards, with Swift telling Vanity Fair: “[We] both reached a place where he would say really nice things about my music and what I’ve accomplished, and I could ask him how his kid’s doing.” The niceties last a year before they hit rough waters once more.

In February 2016, West’s tune ‘Famous’ hits radios with an apparent anti-Swift lyric, leading to Swift’s brother throwing his Yeezys out and filming the act for his social media, before West makes comments about their relationship at the end of February during a club appearance. He claims: “She [Swift] said, ‘Ooh, Kanye, I like that line.’ Then she won her award and said something completely different. She ain’t cool no more. She had two seconds to be cool and she f**ked it up.” Things died down once again, but then the music video for ‘Famous’ arrived, featuring a naked wax Swift model in bed…

This is where Kim comes into things, releasing a pair of Snapchat videos that saw recorded audio of Swift exposed as a liar, with the star audibly saying she would love to be a part of the ‘Famous’ song, with the included lyric “I made that bitch famous”. Since then, West hasn’t said much, but many think Swift’s new song ‘Look What You Made Me Do’ is Swift’s next response. Make up your own mind:

Though she’s been close friends with Swift throughout her career, things took a major turn when Kim released the Snapchat videos of the singer being exposed. Retweeting Kim’s posts before then deleting it, she went on to like, and then remove some pro-Kim tweets, and even took to Instagram to write “tea time”, hinting she loved all the truth that was coming out about Swift. Since then, there’s been nothing from either side, but we imagine this is one that’s boiling under the surface.

Dating between December 2009 and February 2010, Swift and Mayer’s split got frosty when the former released the track ‘Dear John’, which included the lyrics: “Don’t you think 19’s too young? / To be played by your dark, twisted games / When I loved you so, I should’ve known”. Swift was of course only 19 at the time she dated Mayer, with him being 32.

Humiliated, Mayer spoke to Rolling Stone in 2012 and admitted: “I never got an email. I never got a phone call. I was really caught off-guard, and it really humiliated me at a time when I’d already been dressed down. I mean, how would you feel if, at the lowest you’ve ever been, someone kicked you even lower?”

He continued: “I didn’t deserve it. I’m pretty good at taking accountability now, and I never did anything to deserve that. It was a really lousy thing for her to do.” 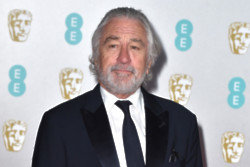