'Brand Neu!’ a new compilation in homage to seminal 70s Krautrockers NEU! Is set for release on the 11th May 2009. This release features fantastic contributions from artists influenced by the band from Primal Scream to LCD Soundsystem, Foals to Oasis. The album is the first release on Feraltone, a new label founded by Gronland’s former Managing Director.

As well as featuring a new composition by current Brooklyn dream pop favourites School Of Seven Bells, ‘Brand Neu!’ also contains a rare guitar track by NEU! guitarist Michael Rother plus an unreleased track by La Duesseldorf, one of the last pieces of music late drummer Klaus Dinger was involved in shortly before his untimely death in March 2008.

The amount of artists citing Krautrock godfathers, electronic AND rock music innovators NEU! as a major influence has been exponentially rising over the last 3 decades. In the late 70s it was artists like Brian Eno or David Bowie who were most vocal about NEU!’s impact on their own music and on listening to “Hero” of NEU! 75 it’s clear that also the Sex Pistols owe credit to the German duo.

Today though its artists from Bono to Noel Gallagher, Radiohead to LCD Soundsystem, Foals to Holy Fuck, Damon Albarn to John Frusciante who aren’t just admirers but musicians who have clearly drawn from their influence from one of the most groundbreaking bands ever to appear out of the 70s. Yet NEU!’s music and their influence is still a secret to many of today’s music fans.

In 2001, for the first time ever on CD, the re-issues appeared on Gronland Records. Since then the flow of new music clearly inspired by the 3 seminal albums hasn’t stopped. – This compilation exemplifies to music fans what key influence this German duo had on some of today’s biggest bands.

NOEL GALLAGHER (Oasis); “Neu! influenced me long before I ever heard them. The sound of Neu! is all over Joy Division, check out "Unknown Pleasures" & "Closer" & hear it for yourself. Or listen to Kenny Morris's tribal glam tom-tom drumming of "The Scream" era Siouxsie & The Banshees.

“Or the searing, screaming one note guitar riffs of Public Image Ltd.'s Keith Levine & The Banshees' John McKay to hear the Neu! influence on some of the bands/musicians who have meant so much to me & have shaped/influenced the way `Primal Scream sound. - Around the time of XTMNTR we listened to a lot of Neu! & I guess it shows.”

BOBBY GILLESPIE (Primal Scream); “Neu! is, in my opinion, one of the more towering musical achievements in recent history, and we are all living in the individual shadows of these two men. Speed and stillness, simplicity and cacophony, gentleness and aggression, mania and focus, are all juxtapositions that have been given a voice, and have learned to coexist under the equally as contradictory guidance of Michael and Klaus.”

Here’s the tracklisting in full:

Pets With Pets ‘We Only Found This Place’ (unreleased)

Oasis ‘I Can See It Now’

Hook & The Twin ‘They’ll Get Your Head’ (unreleased) 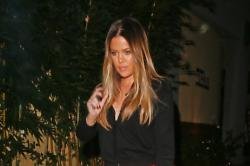 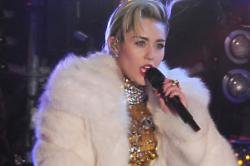