John Barrowman, Britain's most successful - and comfortably Britain's best - all-round entertainer releases his third solo album, the self-titled John Barrowman on March 1st on Arista, and we have an exclusive video of him talking us through the album track by track, just for you.

Easily one of the most familiar faces on British television and the West End stage, John Barrowman is best known for playing Captain Jack Harkness in the BBC series’ Torchwood and Doctor Who, but he has also been a judge on the award-winning BBC1 entertainment shows How Do You Solve A Problem Like Maria?, Any Dream Will Do and I’d Do Anything.

With the new release being quite possibly his most personal album to date, it is a masterful, evocative and uplifting journey into perhaps the man's first love, musical theatre, comprising his favourite moments from Cats, Mamma Mia, Jersey Boys and Mack and Mabel to name a few.

The album is filled with instantly familiar classics - Memory, The Winner Takes It All, My Eyes Adored You - to the less immediately familiar, such as So Close, a spine-tingling duet with Jodie Prenger lifted from the recent Disney movie Enchanted and chosen for his niece Clare. Also included is a beautiful version of You’ll Never Walk Alone from Carousel, a song which his mother sang to him as a child. Every track holds an emotional relevance for John.

So, have a watch of this exclusive video and let us know what you think, we think he’s the nicest man on the entire planet… please can we be BFF’s? 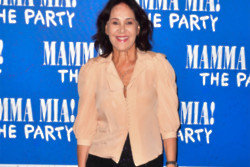 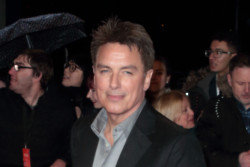 John Barrowman in talks to host All Star Musicals?