Michael Bolton is undeniably, one of few musicians who can deliver album after album and never lose on of his fans: so as he prepares for the arrival for his new single, Just One Love, I caught up with the legend.

I’m so excited to hear about your new single ‘Just One Love’, I haven’t heard it yet, so what can my ears expect?

What can my ears expect? A couple of q-tips perhaps… Well you see if I tell you what to expect then you won’t be pleasantly surprised. It’s a fairly wide range of feel good music; the whole theme of the record is feel good.

There is a lot of negative energy out there and depression people are going through, and one theme that we have stuck to from start to finish is feel good themes. There’s a lot of tempo, so you can expect to be tapping your feet quite a bit.

I’m very excited to learn that you have done a track with Ne-yo and Lady GaGa. Would you say this album is going to win you legions of younger fans in addition to your older fans?

I can only hope so; I wouldn’t be so presumptuous to take that as an automatic. From the response we have seen so far from the GaGa collaboration it’s been overwhelmingly positive and it seems like there’s a great opportunity to reach a lot of younger people not just through the GaGa and Ne-yo connection but also because I wrote and produced the album with some very young, fresh writer/producers. I think that is going to speak in a voice that resonates with a younger audience.

Can you sum your album up in 5 lovely words?

Having sold 53 million albums already, what gives you the motivation to keep going?

I think like a painter as long as you have a canvas, a fresh canvas, your instinct is going to be to cover it, to fill it, to express yourself through your music is something that comes very naturally for an artist. I don’t think the number of album sales or CD sales, is the factor really; it’s what creatively motivates you.

What’s the highest point of your long and lustrous career?

I don’t know that I can point to the highest point; I’ve had some amazing experiences that were beyond my dreams as an aspiring artist. I couldn’t have written the script in a way to describe the high points themselves.

What about someone you’ve met, that was a real high for you?

Singing with Pavarotti, Ray Charles, The Grammy’s, there’s too many to mention. 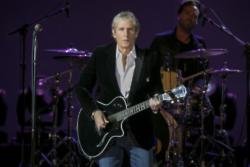 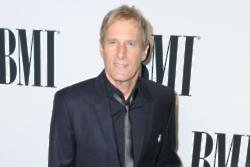 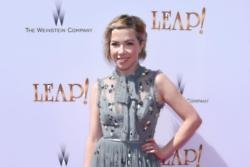