From her debut album ‘Do you want the Truth or Something Beautiful?’  Paloma Faith has propelled herself into the UK Charts, from her theatrical performances to her sparkling personality.

She has firmly cemented herself in the hearts of music lovers everywhere.  There is no doubt she has brought a unique quality to the industry, but what’s next?  And how does she see music developing in the future.  Earlier, I caught up with Paloma in a West London café.

Paloma thank you for taking the time to join us. Tell me what are you currently up to?

I have got my last single of my debut album ‘Smoke and Mirrors’ coming out in October.  I’ve just shot a video for that which is up on YouTube now, which I’m excited about because I think it’s the best video I’ve done and then I’m doing my final tour at the end of the year which is end of October/ November,  and all my tour dates and stuff are up on MySpace.

Speaking of MySpace, how do you use Digital Media to position yourself in the market?

I actually began my career using MySpace when it was massive and I promoted myself as a solo act independent of any kind of industries, or labels or whatever, completed by myself, so there’s this great DIY homemade element to it.  You can actually have a career before you’ve got one kind of thing and then also I used all the networking sites to have contact with my fans.  All my information is on my own website but also MySpace which is a great information music website, and You Tube.

I make a lot of video diaries, which I really enjoy doing and it’s a way for my fans to see me for who I am because I am a very theatrical performer and I really believe in the spectacle and the show and I can’t sort of snap out of that when I’m on the stage.  So my video diaries are a good way for people to know who I am and have direct access to my personality.  It’s funny as well, because with every cloud you have a silver lining and I have a lot of access both to positive criticism and negative criticism but I’ve got thick skin and I actually find the insults absolutely hilarious and majority of the time it can eventually end up being the highlight of my day, just seeing the audaciousness of what people have to say!

So digital media is changing how you reach your fans, where do you think this is going in the future?

I think that it is something that the industry absolutely can’t ignore and I think that initially, the record industry struggled a lot with it because there a lot of aspects to it that can potentially destroy our industry, for example torrents and illegal downloading etc,  but in some ways I think what’s happening now is people are realising that’s like, something that exists and we can’t do anything about  so we are sort of using it to our advantage with things like Spotify, which is like a really friendly way of doing it and I think it is all about everyone mucking in and I guess the future of it is just  further and further along the line.

I do think that there is an element of mystery that’s being lost from it, and if I’m honest I think that’s a shame because I really admire stars from the 40’s and 50’s and I think the difference between me and them is that we didn’t know about them and that’s why we idolised them and everybody knows every last bit of information about me.

Are there any other new artists that have come through the digital age that you yourself are a particular fan of?

Well I remember like, the whole rise of Lilly Allen through MySpace and I think she did an amazing job with it and also just bands that are lesser known like you know if you’ve got a bit of time you can go around looking for them and you could find music that maybe you wouldn’t necessarily have access to, so it’s in our control now what we listen to, not just what we’re fed.

Did you take a lot of inspiration from Blues and Soul music?  Who would you say your biggest influence is?

And I understand from your latest Tweets that you want to judge new acts yourself now?

Yeah, I’ve twittered that I’d like to be a guest judge on the X Factor which I don’t think is likely but I just think it would be nice for them to have someone who’s got something interesting to say on there.

And finally, the BT Digital Musical Award nominees - they have just been announced, why are awards like these so important to the industry?

I think the BT Digital Music Awards are important because it’s always important in life to say thank you to people who have helped you and I think they’re such a huge part of the music industry now, so all of us need to pay our respects and thanks to those things that have been set up to help us promote ourselves and voting is open until Thursday!

I’m not on there, I’m gutted, but maybe another time but I’ll leave it up to you who you vote for. ... You can vote for FemaleFirst in the BT Digital Musical Awards. 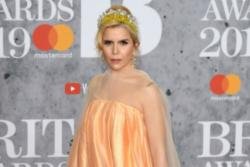 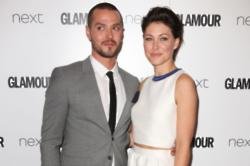 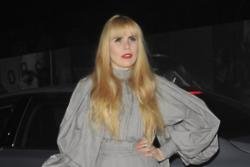 Paloma Faith had US video warning