Platnum are back with a not only a new single, but a whole new sound.

Now they’re back with the backing of The Black Eyed Peas’ DJ Poet and their new single ‘Do It Different’ hits shelves last Sunday, so we talked to Michelle and Aaron from the trio about the new sound, working with the famous producer and being asked to write for some of the biggest artists in the world.

‘Do It Different’ is out now, what can you tell us about it?

Aaron - The new single coming out is really the first one of the new sound that we’re going to be bringing to 2013. We’re doing things a little bit differently, we’re breaking out of the bass line mould.

We’ve been working with the Black Eyed Peas’ producer Poet and this is really setting the bar for who we’re going to continue for the rest of the year really.

So what was it like working with Poet then?

Aaron – Working with Poet? A dream come true to be honest. To be making a new album and get on board a Grammy nominated producer….

Michelle – And someone who actually appreciates our work. When I first met him, we played him some of the album and he was like “Wow”. It took us a year to be working with him, so to finally get that and have him loving our stuff is absolutely amazing. He’s a musical genius.

So what was it like handing you’re demo over to Poet and Will.I.Am?

Michelle – It was absolutely crazy to be honest, it was like ma dream. When I went in, I just handed the CD to Will.I.Am, I’m not one to stand about, I’m a bit shy like that. I then just stood in the corner and I’ve not really talked to him since (laughs).

But through the night, there was this guy hanging around, and he was quite a friendly person. I just started chatting to him, and that turned out to be Poet.

So at the end of night he said “Come back to hotel with us”, so called everyone over quickly. We went into the lobby of the hotel, Will.I.Am and the others had gone upstairs doing whatever they’re doing, but we stayed down there. He then gave me and Aaron a beat, we then went back, put some vocal on the track and sent it over to him but nothing happened.

Then a year later, he calls and we end up working with him. He was only originally meant to do four tracks, but when Will.I.Am heard Do It Different, he told him to just go ahead and do it and we ended up getting eight tracks instead! It was amazing, it really was!

Even to hear comments from those guys saying how good we are! I mean, Will.I.Am sent us a message saying that “We’re the future”. Come on! I was buzzing after that! They’ve been in a group too, they know how hard it’s been and they’ve had their struggles.

And it has been a hard couple of years, we’ve not been around because we’ve been going from label after label. It’s nice to hear that someone else has gone through it also.

Have you heard the remixes of the song yet? What do you think of them?

Michelle - I love them! It’s just another different approach. We saying we’re going to do this differently, so we’ve got to think outside the box so their remixes are totally new. Anything new and different like that, we love it.

‘Do It Different’ really shows off your new sound, where did that come from?

Aaron – I think this new sound is just a natural progression of the old sound. We’re known for baseline stuff, but when we started out as a group, we were and RnB group and Michelle used to do her rapping, so it was a little bit hip-hop.

Then we started going down the baseline route and making those types of records, so the first time that people really saw us was with that, but they didn’t see the natural elements of Platnum and what was there before.

So now I think it’s a mixture of the baseline, and everything that was there before coming to the fore.

You’ve got a new album out next year, what can we expect from that?

Michelle - Oh there’s such a variety on there.

Aaron – The album, Lost In The Music, I think is going to be shock to everyone. People are expecting the bassline sound and whatnot, but on this album, we’ve gone very eclectic. There’s a whole load of styles, some big collaborations on there, it’s going to shock a lot of people.

You were asked to write songs for Cheryl Cole and Rihanna recently, what was that like?

Aaron – Well, we were over there working with Poet, getting the video done, all of that, and Poet said “I love the way you guys write, I want you to come as we got these tunes that need doing for Cheryl and Rihanna”. So we were like “Err, OK!” So we went in and doing the tunes that they were planning to pitch and ended up working with Jimmy Irvine, so we’ve managed to do a lot in in our time over there. 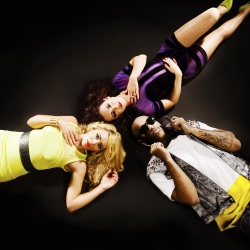 You’re currently doing a schools tour, what’s that been like?

Aaron – To be honest, it’s great to get back in the schools and see the kids and start building up a new fanbase. Some of them remember us from the first time around, some have never heard of us but are loving the new sound.

It’s great to be back out there, because we took a year out after the last album as I had a family bereavement and we needed to decide on the direction of the group.

Did you think that ‘What’s It Gonna B’ would be as big a hit as it was?

Aaron – I always had a feeling that something would become of the track, but it was out for about 18 months before it really got released.

It was such a massive tune underground, everywhere I was going it was on people’s phones, it was playing out of people’s cars left right and centre, so I was thinking ‘Is anyone actually going to buy it, everyone’s already got it’.

Then it came out and sold over 300,000 copies, so obviously there was a whole lot of people who loved it.

Finishing up, the single’s out now, and you’ve got the tour, but what else is on the horizon for Platnum?

Aaron – At the moment, we’ve got about  two tracks on the album left to finish and we’ve got all the promotion for that coming up. First we’ve got to get Christmas out of the way with our families, the another new single ‘Love You Tomorrow’ out in January and then it’s full throttle for the album. So, pretty busy time for us!

The last twelve months have been spent in the studio, so I’ve got to back in the gym and everything, it’s not been the time when we’ve been out on the road, having to look good every minute. We’ve been chilling, been in the studio, getting the sound and the album right, networking, meeting new people that will help us progress.

Now we’ve got a great team around us, a great album and we’re ready to go.

Platnum’s new single ‘Do It Different’ is out now. 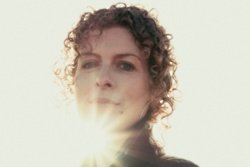 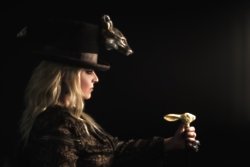