Suzanne Vega was the toast of the musical world in 1987, with her album Solitude Standing and its singles Luca and Tom’s Diner massive hits worldwide.

25 years after the colossal success of the album, Suzanne Vega’s back to play a trio of celebratory concerts, culminating with a show at London’s Barbican theatre on October 16th.

In build up for the show we talked to the Californian singer about the gig, her love of Leonard Cohen records and her decision to re-record her back catalogue.

So, how excited are you for these concert celebrating the 25th anniversary of Solitude Standing?

I’m very excited; it’s been really cool so far. We’re doing three concerts, we just did one in Boston, we’re doing one in New York and then one in London. The show in Boston was great, even in the pouring rain we had a great crowd and people were just so thrilled to hear the album from beginning to end again.

How do you think British audiences compare with American ones?

I hope they’re going to be even bigger. I love performing in the UK; I’ve done it my whole life. In terms of contrast, I think American audiences can be more fickle and maybe more divided by genres. If you don’t fit into a particular genre, they don’t quite get what you’re doing. I find myself explaining myself in the US more than I do in the UK.

So, looking back at it, what are your thoughts on Solitude Standing?

Yeah, I look over most of it favourably. There are one or two songs that if I were writing an album now I wouldn’t have included them, but for the most part I think it’s a really solid group of songs and ones that I’ve been singing since they came out.

Despite a career that’s lasted for so long, a lot of people only know you for Tom’s Diner and Luca. Does that ever make you a little bit annoyed?

Annoyed is not the right word really, for the success of that album was so far beyond what I had expected for myself. As a teenager imagining my life and my career, top 40 hits weren’t really part of it. So that I had two hits off that album makes me feel very lucky and fortuitous. I don’t see it as something that was crippling; I see it as a great moment. For the other people who really care about all my other work, they still listen to the album, so I’ve never seen it as a burden.

So did the success of those songs open doors for you then?

Yeah, it’s given me an audience all over the world. People who have never heard my name or don’t know anything about me will come and see the show because they’ve heard of Tom’s Diner or Luca.

So why did you decide to re-record your discography?

I felt first of all, that it was something the fans would like. Especially the hard core fans, I thought they might like to hear re-interpretations of the songs that were more acoustic. Mainly though, I did it because I found myself without a record label. I’ve had a record deal for most of my life and I thought that this would be a good way of owning a physical copy of my songs, and have control over my catalogue. I could sell that at shows, at Barnes and Noble, whatever I want then, as I don’t own the master recordings to the original recordings.

Is it true you were still working as an office receptionist when you got your first record deal?

I’d just quit two months before actually. My manager told me that things were going well, but fir things to move forward I’d have to quit my job, which upset me. So he lent me $1000 and I worried about paying it back. But within two months, we had a record deal and I was able to pay him back out of the advance.

On your album Songs in Red and Grey, a few songs dealt with your divorce. Does song writing help you deal with difficult situations like that?

I suppose, but what song writing comes down to is if it’s helpful or entertaining, or mainly just a good song for other people. I would never write about something just because it helps me, I don’t do it as therapy. If you want therapy, go to therapy. I do wrestle with things that are universal and I hope people can relate.

Who did you come to write a play?

I studied theatre in college as well as other things, I studied to be a dancer for 10 years, and I was given the opportunity to develop this play so I’m determined to stick it out until it’s actually finished. I’ve always liked the work and life of Carson McCullers (the American novelist the play’s about) so that’s what’s I’m doing this week, I’m re-writing the book for the play.

You’re very vocal with your love of Leonard Cohen, when did that start?

I was about 14 years old. Because of my name, when I was young people would always say “Suzanne like the song” and I didn’t know what they meant. Finally I heard the Judy Collins version of it and I loved it. I thought it was really beautiful. So when I was about 14 I found one of his albums in a record store, bought it and it really drew me in from the very beginning. I just loved that record and I became a devoted fan.

So what was it like when he interviewed you then?

It was very funny.  It was something set up by the record company and I had met him a few times before that. It was great, very interesting. I don’t know if you can tell in the interview, but it’s a bit of theatre because after that we went out of dinner and that line of conversation did not continue in the same way. He’s very funny and mischievous and I really enjoyed it.

So, to finish up, what’s it like to know you’re music inspired a generation of female singers?

Well I hope I’ve inspired more than just the female ones! I’d like to think that somewhere along the line the work is more universal. I think it’s great though, I love other people’s work. I have my heroes and I’m willing to pass that along to the younger generation. I like being part of this great chain. 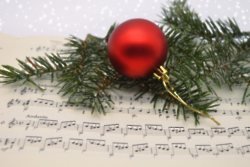 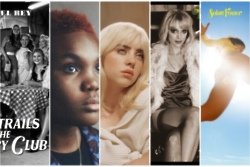 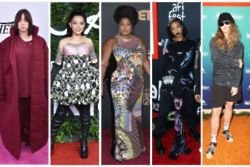 The Female First Awards 2021: Single of the Year