Tara Mathew left her music career behind five years ago to go and do charity work in India.

But now she is back and ready to follow the dream that she has had all her life, to be a singer.

I caught up with her to talk about the new single In Three Days, the album and what lies ahead.

- In Three Days is set to be the latest single so can you tell me a little bit about it?

We recorded the video for it about a year ago and at the time that we did record it I didn’t know what to expect; I had only filmed one music video before. The other video was a much smaller and lower budget thing while this one was a full blown all out production, so it was pretty exciting.

I had this song and the song is so meaningful to me and because of that the video had to be completely right. And the video turned out really fantastic and I think that it gets the essence of the song out to the viewer.

Most of the stuff that I write is about everyday experiences and everyday life but as a singer I feel that I can express what I believe through song and so through this song I have simply given the meaning of Easter.

At Christmas everyone just think about presents and Christmas trees and Santa Claus and the true meaning gets lost, it’s the same with Easter; everyone thinks about Easter eggs, bunnies and chicks and the meaning behind the occasion is lost.

The original meaning was not buying cards and chocolate but Christ’s death and resurrection on the cross - so that is what my song is about. This is a song about what he did for the world and reminding everyone what Easter is all about.

- The song hasn't been released yet but how have you found the early feedback to the track?

We don’t out have it out any radio stations yet, we will be trying to get that play listed shortly. But people who have heard it, it has gone up on Facebook and YouTube, and all the feedback that I have got back has extremely positive.

I haven’t heard anything negative, I am sure there has been some negative, there has just been a lot of very very good feedback - so I am really excited about the track.

- Is there an album along on the horizon and if so what can we expect from it?

Yes I do have an album, don’t have a release date yet but it could be coming shortly after the single. It has that song on it of course but it has got a lot of songs that are meaningful to me.

I like to write music that has a meaning because there is so much music out there but it may have a really cool tune and a really cool beat but it has absolutely no meaning in the words, it may have meaning to that person but it doesn’t do anything for the listener.

I want to make music that will get into the heart of the listener and they will go ‘oh my god those lyrics really have some meaning in them and those lyrics make me want to be a better person’.

So I love writing songs that have meaning and I would say that every song on my album will hopefully inspire people to reach for their dreams and live better lives, that is what I want to do for people.

- There's a pop and gospel sound to In Three Days so how does this song introduce us to the rest of the album?

The album is quite eclectic in it’s genres but I dub is soul-pop, I don’t think that that is an existing term but it’s kind of what I dubbed myself a couple of years ago; I am not pure R&B but I wouldn’t go as far as to call it pure pop because it’s not Lady Gaga type pop. It’s got a real soul to it and I think that all of my songs have that.

- You have written all of the songs on the album so which artists influence you?

Most of the artists that have influenced are people from way back and not necessarily singing now, I find if I listen too much to people now I don’t want them to influence to me because I don’t want to sound too much like them. When I was growing up I was told constantly ’you sound exactly like Mariah Carey’ now while that is an amazing compliment as she is one of the best singers in the world it drove me crazy.

If I had just been a girl who liked to sing that would have been awesome but I always new that I wanted to be a singer and so it drove me crazy that I couldn’t be individual and I was always compared to her.

If I was to tell you who influenced me it would go as far back as Billie Holiday, Sarah Vaughan, Diana Washington and Ella Fitzgerald are my four favourite jazz singers from years ago. And then more recently there are nineties influences such as Mary J. Blige, Lauryn Hill and India Arie, I just love India Arie.

Then of course Whitney, Mariah and Celine I love those girls too - but I have just had to be careful not to let them influence me too much.

- Five years ago you had a very successful music career ahead of you but you chose to take time out to do some charity work in India so why did you decide to leave music behind for a while?

At the time I had the possibility of a thriving music career but I had no idea how to make that happen as I was from a very small town of four hundred people in the middle of Canada, Toronto was twenty four east and Vancouver was twenty four hours west. So I just didn’t know how to begin as I was very naïve and didn’t have a clue.

I wanted to do music but I just thought ‘I’m not sure how to pursue it’ and I just got this desire to something different that was the complete opposite of that, once that desire got into me I just couldn’t get rid of it.

So the original plan was not for five years it was for three months or six months, a lot of people go backpacking when they graduate to just do something exciting; so that was my exciting thing. The first time I went to India it was for six weeks and I loved it so much that I extended my plane ticket to the full three months that I was allowed, so I stayed there for three months.

Then I went back to Canada just in time for Christmas and I though ‘right, now I am going to pursue this music career; I’m not sure how but now it the time’.

I felt like I had to find a way to get back there and it felt like I would be giving up my dreams of being a singer if I went back to India but for the first time that didn’t bother me. So I did end going back to India six months later and that time I decided to go for two years.

But a few months after I went back there I met my husband and I ended up staying longer, I stayed there for four years.

When I married my husband I truly believed that we were going to be in India for the rest of our lives so, at that point, I had completely given up my dreams of being a singer and that didn’t bother me because I felt like I was doing something that was so much more important.

- How has your five years away changed your perspective on music and your career?

There is always that part of me that says ‘where would I be right now if I hadn’t gone to India and pursued music when I was eighteen year old or twenty one years old, where would I be?’

But then I wipe that thought away because I know I would be a different person, maybe I would be famous or maybe I wouldn’t, but no matter what I just don’t think I was mentally ready for something that big yet.

Going to a third world country and doing charity work and working with people from all different backgrounds just completely changes your world view and makes you appreciate life so much more and it makes you appreciate what you have, it makes you realise that most of the stuff that you have really isn’t that important. It just gives you a different zest and joy for life I think and it sets your priorities straight.

I was almost disgusted with the culture, and don’t get me wrong  love my country, but once I was immersed in the Indian culture and I would come back to the first world culture I would realise how much we live in a world of excess - it turned me off a bit actually.

But now I have kind of gotten over that and when I go back to Canada from where ever I am I don’t feel that same stuff.  But just because I was going back and forth between those two cultures at the time I would always feel that and it was quite an interesting feeling.

- So what made you want to return to a music career? And how have you found picking up where you left off?

It was really amazing because after we left India we moved to Toronto and again even when I was living in Toronto it was all about who you know and I didn’t know anybody. So I didn’t to pursue my career thing then, obviously I hoped that that would happen.

The whole music career thing literally fell into my lap when, not long after we moved to Toronto, I went back to India for a concert and that is where I met my manger. He just loved my voice and we became good friends really fast and he was like ’I can’t believe you are not in the music industry, do you want to be?’ And I was like ’yes, I just had not idea how to do it’.

I know it’s a cliché saying it was all about being in the right place at the right time but that is exactly what happened with me.

An hour or two ago I got off the phone with my manager and he was like ‘we have a new booking in Denmark and a booking in Sweden and hopefully a tour in India’. Nothing is absolutely confirmed yet but every day it’s just more stuff like that. 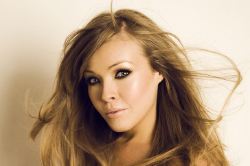 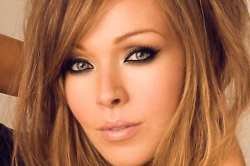