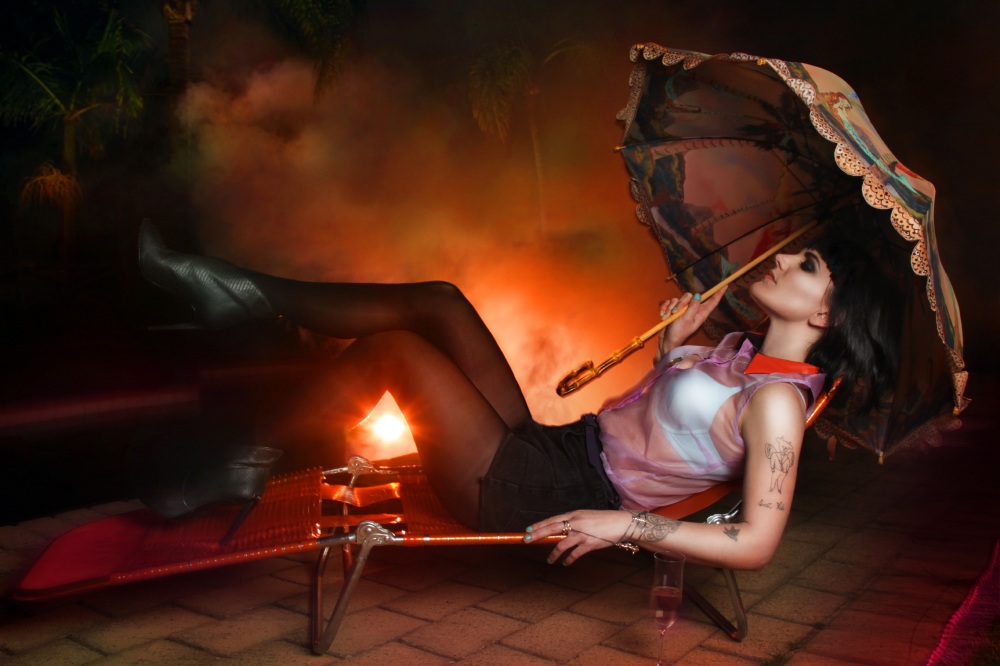 Abbe May is one of the hottest properties down under, with her debut album Design Desire voted one of the top 5 Australian albums of last year.

Now she releases her first UK single in the shape of double A sided ‘T.R.O.U.B.L.E’/‘Karmageddon’, which is seeing her go in a new musical direction all together. We caught up with her to talk about her lifelong relationship to music,  her upcoming second album and much more.

What inspired you to become a musician?

My parents are pretty big music fans so music played a big part in our childhood and general family life. Mum and Dad would put on lots of 50’s 60’s and 70’s bee bop, soul and rock and roll, like the Big Bopper and Chuck Berry, Beatles, Stones. Lennon was always a favourite.

I heard some of Enya’s hits (I still love Caribbean Blue) and plenty of Irish traditional music because my mum is a fan and also Irish and we would go nuts dancing around the lounge room to it. It was such great music.

There was also a lot of Aretha, Zeppelin, The Doors especially. Music was always a big part of the fun times at home so it became quite naturally a part of my concept of ‘home’ and expression.

How did you break into the industry?

I just play constantly. I make record after record without stopping because, well, I suppose it’s the best way to get catharsis. Luckily people like to listen so I have been able to just play for a long time now.

How do you find the song writing process? Where do you get inspiration for your songs?

I’m a cancerian. My life is both anchored and destabilised by emotional experiences. I write about the destabilising experiences. I hope to be able to write an album about good love soon though, as I have recently found that. It’s a fresh challenge to write music now that I am happy! 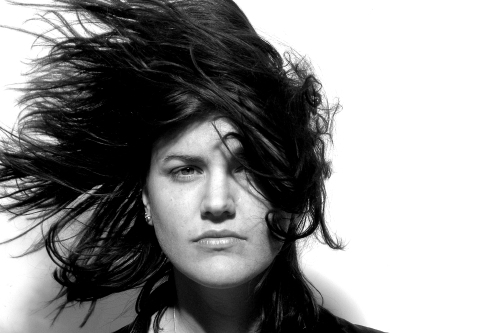 Your music has been labelled as ‘trip-hop doom pop, sexrocktica, electro bluz and gothi’n b’ amongst other genres, who are your biggest influences when writing your music?

It’s a mixture of things now as I have been working with a co-writer - Sam Ford. We listen to lots of hip hop, Kanye West is a favourite of mine. I love Outkast, Caribou, vintage Madonna and some Rihanna stuff is pretty fun. Kate Bush is God. Then there’s The Eurythmics, Patti Smith, PJ Harvey, Beach House, James Blake, Cocteau Twins, Justin Timberlake and just heaps more.

I’m really open to music now in a way I never was when younger. Music can be so tied up in your identity that you can become closed to more eclectic influences. Once I moved away from rock and roll, I started to listen to so many different things.

I no longer look at pop as a bad thing. I think you can get just as much of a great experience from certain Justin Timberlake songs as you can from a Portishead song. Though, I admit that is a big call. Portishead really are something else all together. I dare you to try to resist having sex while their Dummy LP is playing.

You previously released music under the names Abbe May and the Rockin’ Pneumonia and The Devil and Abbe May, did you enjoy these collaborations? Would you go back to them at any point in the future?

I did enjoy them. I learnt a lot with each project and album, but I would never go back. There is no point repeating myself.

Is there anyone else you would like to collaborate with in the future? 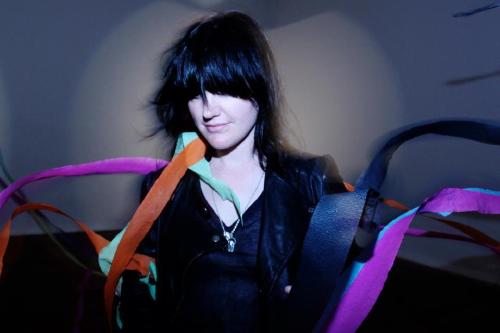 You described your last single Karmageddon as “Kylie on Ketamine and Beyoncé in the microwave”, in a similar fashion, how would you describe your second single T.R.O.U.B.L.E?

I’d probably say “Kate Bush’s falsetto on acid” but that would be far too arrogant!

The video for ‘T.R.O.U.B.L.E’ alludes to being reborn and embracing your primal instincts as a woman, is this the impression you wanted to give?

I wanted to highlight the terrifying power women have and especially the validity of interaction between women. There is an important exchange that takes place between women. I think it is very important for a woman to aspire to be “a woman’s woman”, perhaps even if you are not naturally inclined.

We are the most intuitively powerful of the sexes and we grow through unity. Women have such a present and strong ability to rip each other apart.  The women in the ‘T.R.O.U.B.L.E’ video are not afraid to be menacing. Their beauty lies in their strength and their strength is amplified by working together to overcome a rather large obstacle, the fact that the obstacle looks a lot like a c**k is all the more entertaining for me.

Moving onto the new album ‘Kiss My Apocalypse’, how do the new songs differ from your older material?

This is an electronica record, rather than a rock and roll record. I had a co-writer for this record  rather than co-arrangers for the last record. The songs are less organic sounding than on Design Desire, but the themes are still sex and love and despair. 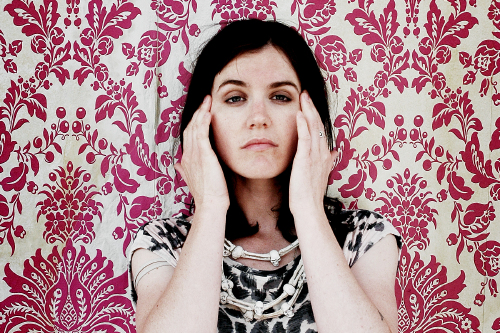 Which song from ‘Kiss My Apocalypse’ represents the album as a whole? Which song is your favourite?

My favourite song is Tantric Romantic. I think it is the first time I have ever been able to write a love song, usually I write about heartbreak. There’s a lot of tenderness and hope in the song but also a few cutting lines in there to keep the middle finger of the apocalypse up.

Many of your previous tours have been in Australia; do you have any plans to tour Europe, the UK or the US? Are you planning on touring again soon?

Yeah! We will definitely be touring the UK and the US over the next 12 months, I just have to get the timing right.

When you play live, do you stick to your own music or play covers too?

I usually play one cover but I make sure that I re-jig its entire feel so that it is virtually unrecognisable from its original incarnation. Currently I am covering The Motels classic “Total Control”.

What are your plans for the year ahead?

I’m going to tour and play the festival circuits and make another record toward the end of the year.

What advice do you have for anyone wanting to get into the music industry?

Play lots of gigs. You may start out sounding pretty crappy, but everyone does. Playing live is the only way to develop.

‘T.R.O.U.B.L.E’/‘Karmageddon’ is out now and her second album ‘Kiss My Apocalypse’ is out in May.