All Flags Are Grey Exclusive Interview

The duo release their debut single 'Bare Bones' on June 30.

Based in East London, Andrea Chamberlain and Leon Brown make up the unique musical duo that is, All Flags Are Grey. Previously working on projects together before reconnecting to form this special group, they’ll be officially releasing their debut single ‘Bare Bones’ via Seven Wishbones on June 30. We caught up with Andrea before then to hear a little more about her inspirations, aspirations, goals and desires… 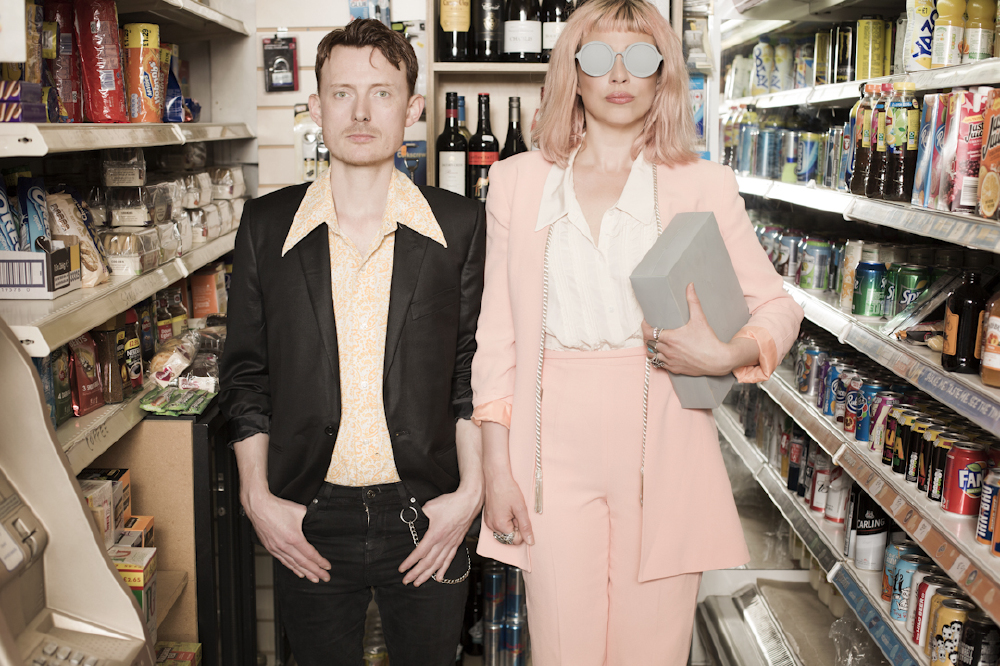 Leon Brown and Andrea Chamberlain are, All Flags Are Grey

It’s the most difficult question any musician can be asked, we always try to give a politician’s answer to avoid it – ‘there is no definite expression but only ever a perception of it’ – in other words, people are just going to have to listen to it and make their own minds up.

I guess the challenge is not to aim for perfection when writing or producing because it doesn’t exist. It’s sometimes hard to know when to stop; when a record is ‘finished’, so to speak. But it’s being able to let go of it; sometimes it’s the imperfections that make the track great, to capture a mood and to be able to invoke a feeling in the listener is key.

I think it’s important to avoid the desire to try to ‘make a name’, as such, and just concentrate on the music itself and what we’re attempting to express by it. Ultimately if that works the name evolves as it should. Our most recent track ‘Bare Bones’ tackles the subject of addictive behaviour and self-inflicted loss. It’s about showing vulnerability, self-loathing and feeling trapped and isolated, which I’m sure people will be able to relate to.

It’s the most important thing as artists in our opinion. However, it’s very important not to become insular whilst keeping creative control, so in turn collaboration with creatives you respect can also be a great thing, and not always with people whom have the same genre choice; some of the most iconic works have been formed by the mix of different perspectives.

We don’t want to reinvent the wheel, so there’s never a beat, a guitar riff or melody just for the sake of it. And we try to make every element matter; the honest answer is it’s just too big a thing to pin down. The world and everything around is a constant influence, but if we are talking influences from various artist figures we would say Patti Smith, Grace Slick, Jim Jamusch Jake and Dinos appear in the list of many!

Polystyrene from Xray Specs would have to be a first choice, though sadly that’s something that won’t happen in this lifetime… Wanda Jackson is a close second – ‘Funnel of Love’ is a great song and they’re both really unique vocalists which is so important as an artist, but I think an artist of the now… it would most probably be Grimes.

I had superimposed my vagina into iconic jackets of different epochs as part of an exhibition in Berlin that was to show the objectification of women. I had some left over A2 sixe artwork, so I thought I would prepare some highly unsavoury paintings juxtaposing the British class system. We went to a private view of a well-known art even in London and secretly inserted these artworks into a few of the galleries… one gallery owner took it very well and actually bought one!

It gets said all the time and most don’t, but we never want to make the same song twice. Bowie laid down that mantle and it’s rarely picked up. But we see change and development as the only reason to exist at all in any kind of meaningful way.

We’re playing some shows in Germany and the Netherlands towards the end of the year as well as numerous London gigs. We will also release an EP in September time and we are currently collaborating on music for an indie film which is to be released across some of the independent cinemas next year. Andrea also co-owns a boutique publisher which is partnered with a label in Japan, with releases imminent there also!