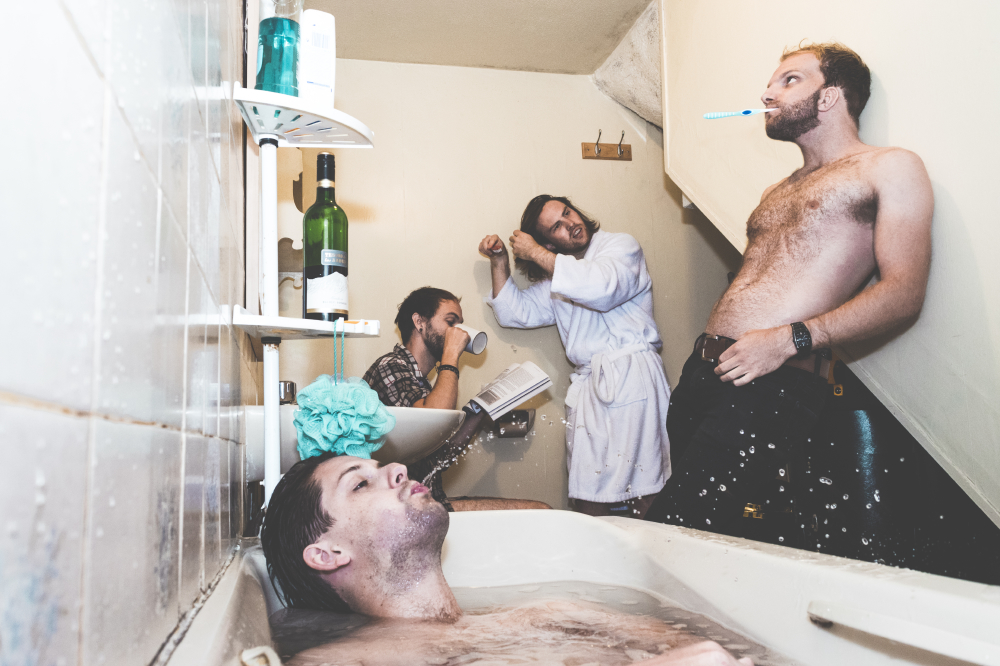 We got the chance to catch up with the group to find out more about their music, making it in the music business and their biggest influences. Read on to find out what they had to say…

It's an odd one, but we've recently come to the UK from Australia on artist visas - not without a fight though! We had to convince the Arts Council of England that we were 'Artists of Exceptional Talent', or, more precisely, artists who showed 'Exceptional Promise'. Yeah, it's an actual visa. It took two applications, one rejection, an appeal and four months to finally get a little book stamped so we could haul our Aussie arses back here and get on with making rubbish guitar music to a bunch of grumpy Poms.

There is a slim chance of making a name for yourself in any industry. Making a living in this industry is all we can hope to strive for and in that respect, music might be one of the most difficult and competitive of any, bar maybe comedy. The work you do and the people you meet in this industry are brilliant though and we wouldn't trade it - as corny as it sounds.

We're independent still so we still have complete control. That being said, we generally write together, as a band, which means creative clashes and petty arguments often reign supreme. We find it really helpful to have an outsider such as a producer to just tell us, 'It's fine', so we can lay it down and get on with creating new stuff, which is where the excitement lies.

All over the place. Aside from listening to tonnes of music, Will's lyrics are often observational, so we find it pretty important to get out and about rather than confine ourselves to the studio and write musical masterpieces. Most of the time our best songs come out of thin air in the middle of a jam, but are clearly inspired, consciously or subconsciously by some random event or general observation.

There are so many awesome bands in Brighton, so many. I'd love to collaborate with Blue Spectre, who are a garage surf band that play music you'd expect to hear on a Quentin Tarantino movie.

Jean-Marc went to med-school prior to moving to England and failed gynaecology for lack of attendance. Also, we tried to get sponsored by Fosters in the UK, but they said that we weren't the Aussie image they were looking for.

We just want to earn enough from making music so we don't have to work in cafes any more. Once we've gotten there we can think about what comes next.

This time next year we want to be playing festivals and touring relentlessly in support of our first full-length album.

Our debut EP, 'SORRY', comes out in November alongside a European tour, and we are enormously excited.