Though they’re already a group with a reputation for hugely entertaining and engaging live shows, Brighton-based Army Of Bones admit that the hardest part of their career within the music industry is getting their music heard. 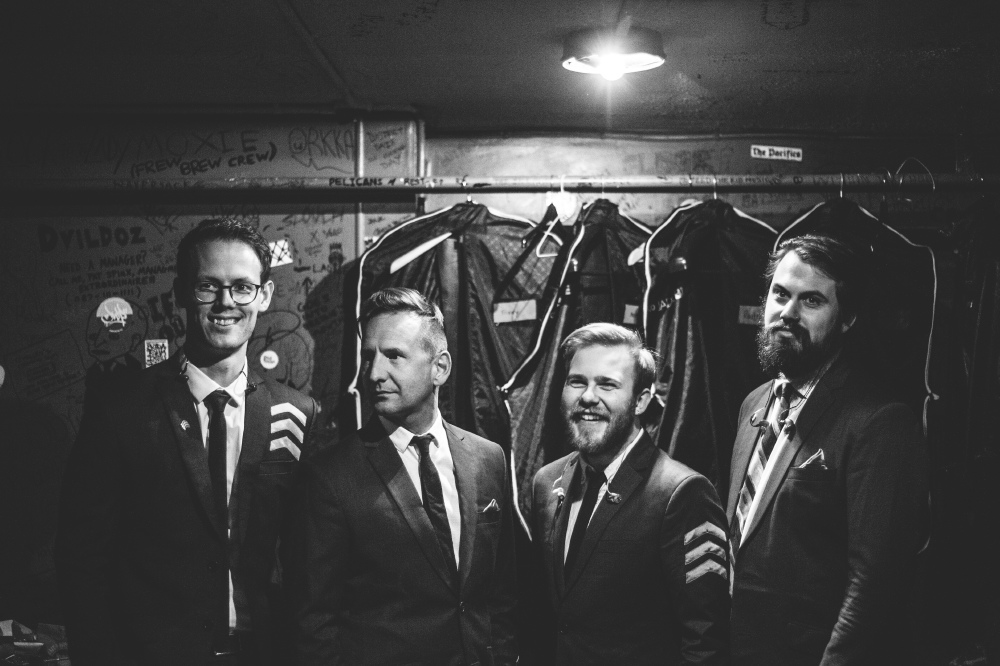 Despite that they continue to plug on and are next month set to release their self-titled debut album via Bones Music Group. We caught up with the guys to find out a little bit more about their music, influences, inspiration and more…

Our music is very emotive. It has bits of Brandon Flowers in there, and some old Radiohead, too.

It’s getting your music heard that’s difficult. A mixture of working really hard and a few doors opening at the right time. Ultimately you have to believe in the music you’ve made and expect people to love it as much as you do.

This is the bit you don’t have control over. You can make a great record but getting people to hear it is the challenge! You have to be tenacious and know that nothing happens quickly.

Very important. We found a great producer in Geth Pearson. But you have to be on the same page and trust each other. The advantage of being on an indepenedent label is that you get to create what’s in your heart rather than what a big label needs.

Hope. This record, although quite dark in its lyric and tone, is actually about hope. This record is about the two loves of my life. My wife and my faith in God.

Marcus Mumford; I like his songs and character… And then Corinne Bailey-Rae.

I played cricket for Essex School Boys. I was a speciailist leg-break bowler! Ha!

To make music that breaks people’s hearts. To have an Army Of Bones song played at half-time at a Brighton and Hove Albion football match!

There are some great songs on this record that I’m excited for people to discover. That’s all to expect that people fall in love with the music.

New album ‘Army Of Bones’ is released on March 6, 2017. The group play a live show on March 2 at Camden Assembly in London before also playing live at Studio at Komedia in Brighton on March 30.