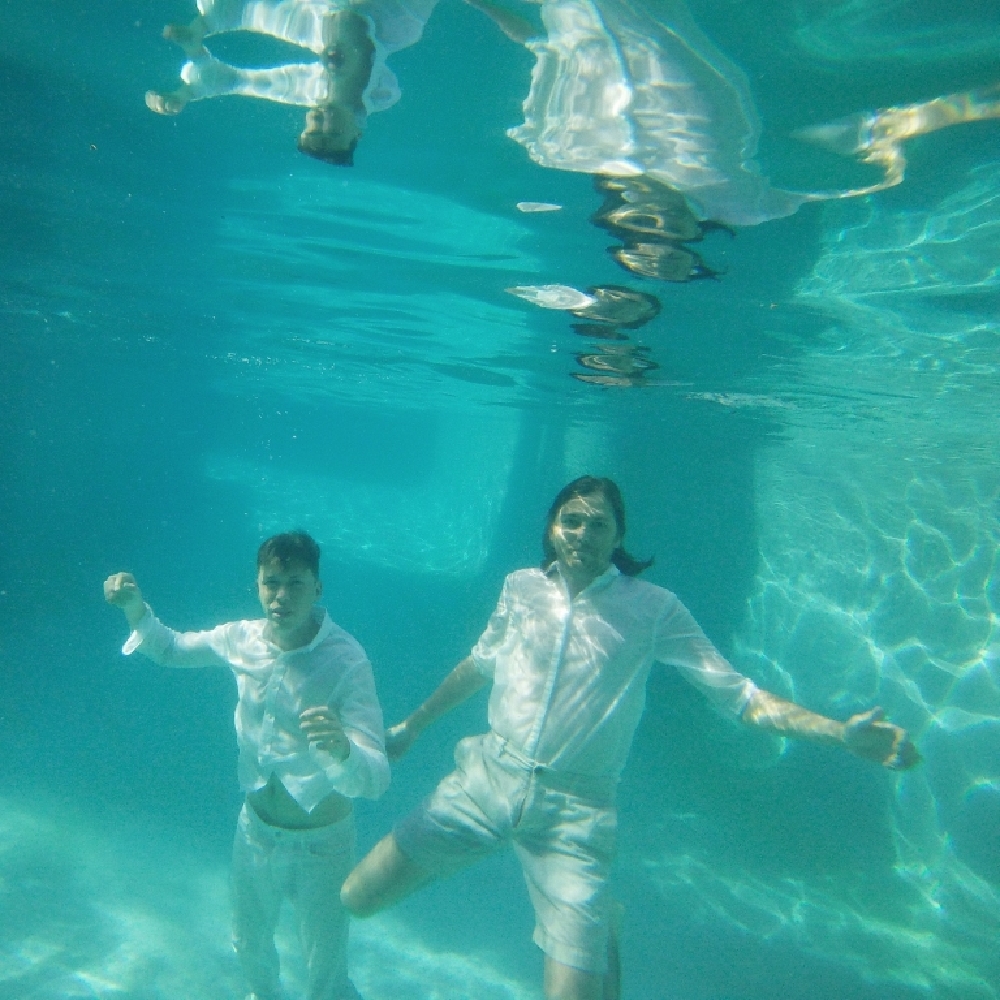 Tucker: Just a couple of guys trying to do weird shit without anybody noticing that it’s weird.

Patrick: We’re a pretty new band, so it’s still fun and exciting, and easy to look past any challenges.

Tucker: It’s definitely tough to find your audience in a sea of content, especially when you want to do something a little different.

Tucker: I think it goes without saying that this is not a good career path!

Patrick: Yeah, I think if we had the attitude that we needed to be rich and successful, we wouldn’t be dumb enough to pursue music. It’s more about not denying the things that are most important to us.

Tucker: Very! We wouldn’t do it if we didn’t have control.

Patrick: It’s hard enough ceding control to each other! Having a partnership where we can trust each other is pretty rare, in our experience.

Tucker: There’s a difference between inspiration and influence… What motivates me to make the things we do is often bad music, or bad art. It makes me feel like I want to do something better, without compromising.

Patrick: As far as influence though, I try to draw on metal and classical when possible. I think our upcoming music is going to reflect that better.

If you could collaborate with anybody moving forward, who would you choose?

Tucker: We want Wes Anderson to direct a music video.

Patrick: We drove two hours to buy Smash Bros (melee) from this kid on Craigslist, then got home and discovered the game wasn’t in the box. Then we eBayed it because we’re adults.

Tucker: One day at a time, one foot in front of the other. Don’t wanna jinx anything.

Patrick: A steady stream of new music, shows, and a few fun surprises? I’m sure everyone says this, but we’re pretty excited about our new stuff.