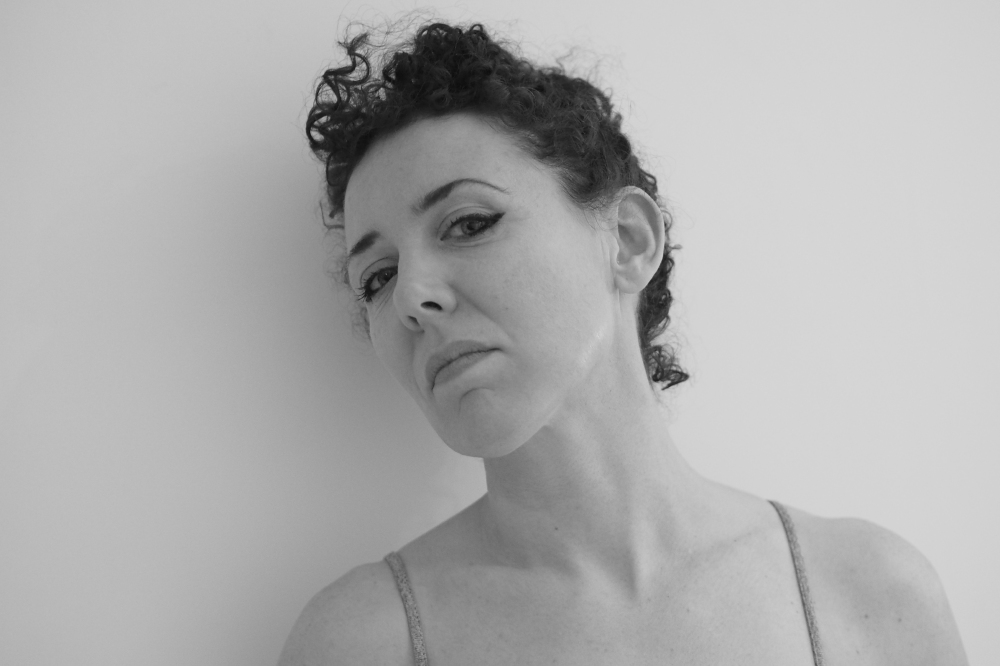 Ha! Well… Ordinarily I’d describe my sound as a textured mixture of electro and live instruments with a lot of layered vocals, but in the case of ‘Grrrl Trouble’ I think one reviewer described it almost perfectly as ‘a thousand games consoles coming to get you’.

My personal challenges have been – as a mother of three – finding a way to navigate all that the industry requires of you as a musician. Legitimising to myself that making my music is an appropriate and responsible choice has been hard to grapple. Time away touring, or making work which is financially speculative has been difficult to reconcile with myself. Having the strongest sense that the work is absolutely where I should be, but still having bills to pay, and most importantly young humans to love and emotionally and practically support.

I think, if I was able to follow ‘the rules’ of an ordinary trajectory for this business, it would be easier, but still incredibly challenging. Even in terms of being able to poke your head above the enormous musical output there is on the internet now. In my case, I have to rely on my music striking a chord and emotionally connecting with people, as going away for prolonged periods of time on tour, or allocating large amounts of money and time, simply haven’t been an option. I came to my writing after the kids were born and I had my first at 20, so I’m playing catch up now and trying to find creative ways around these hurdles. I can see why it tends to be a younger person’s game, when there is time and freedom to dedicate to touring. Writing music for film and TV has helped make it more stable, and allowed me to give myself permission to continue.

Generally, very important. My work is a direct expression of the moment I’m in, and I work with an emotional connection to the sound. I don’t really know another way. It’s all instinct and feel, so to give control to someone else would be to make it something else, not necessarily a bad thing, but makes it something other than ‘my work’. Having said that, I worked with my son Sam on orchestrating one of my songs for The Tinderbox Orchestra (now Collective) and it was a really interesting process. We both worried that our inner control freaks would bump up against each other, but we found a natural balance in our respective strengths. So I guess if you can find someone you trust and respect, control is not such an issue. Collaboration is great for bringing new and unexpected perspectives and sounds.

I draw inspiration from sound or feeling. It can go either way. Either a sound provokes an intense feeling and I start building from there, or feeling sends me on a search for sounds which extract the feeling and begin to come together to make a noise which best expresses it. Influence-wise, I listen to such a broad range of styles it’s hard to pin down. I have realised though, that I have a proclivity for layered vocal harmony and reverb, which I’m pretty sure come from my childhood days as a Chorister at St Mary’s Cathedral where I was engulfed in phenomenal acoustics and harmony. This single has none of that though! It stemmed from a place of utter frustration triggered by the current political situation!

Oooh… That’s a really tricky one! Anybody? Grizzly Bear maybe? Or John Grant? That’d be amazing! Was maybe going to collaborate with some of the boys from White for some Library music. Still think it’d be great to work with them, they have a really fresh sound. A great guitarist would be good, as my guitar playing skills are definitely lacking!

Tell us a random fact about you that not many people know.

Random fact… I am also a yoga teacher, and I trained Kung Fu for many years.

My definitive aim is to simply keep creating music. If there’s one thing I’ve learned in life, it is that the only things you can be sure of is change. So I don’t attach myself to outcomes if possible. I just try to stay open to opportunity, and keep working with passion and as much authenticity as I can have. Having said that, I’d very much like to make a record now, as my musical output so far has been sporadic and diverse in both its content and destination, which is a good thing, but would be nice to explore a body of work together on one record!

I’d like to play a few festivals this summer if possible; try and connect with a broader audience. I’m also planning to set up a crowdfunding campaign to fund my record.