First forming in the late 1990s, it's great to now see Bugeye drawn back together by a series of events they describe as 'cosmic'. 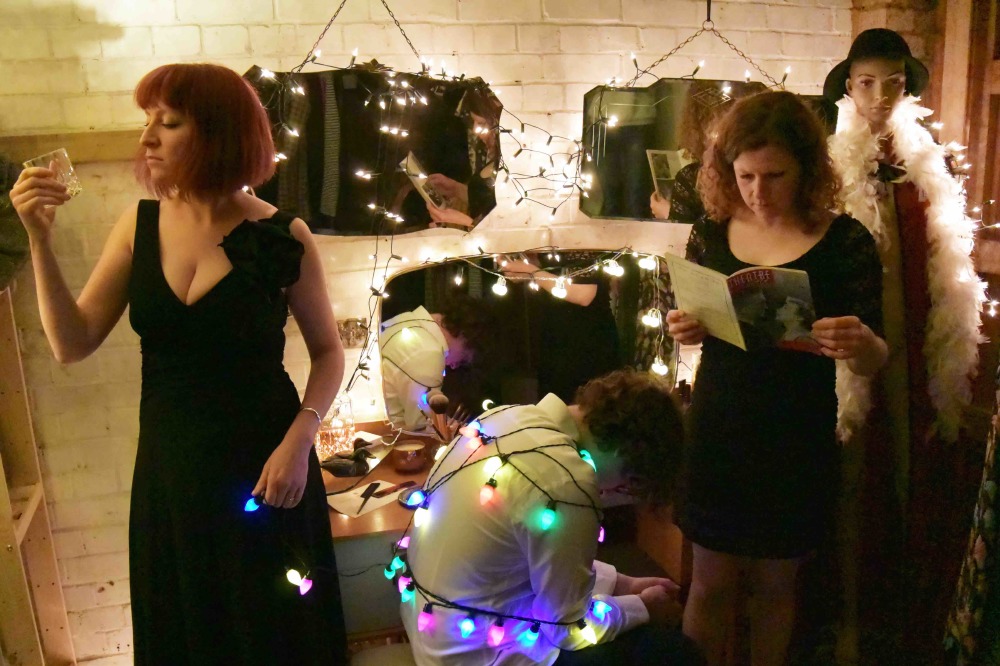 Ahead of the release of their brand new EP in July, we got the opportunity to chat with Angela Martin of the trio to find out a little more about the group...

This is always a tricky one, some say we're like Blondie meets the Pixies in the twin peaks diner - classic disco drum beats with catchy bass hooks and buzz saw guitar. Others say we're a nod to riot grrrl's Sleater Kinney and Le Tigre. I guess you'll just have to have a listen and decide for yourself.

There's quite a long list, it's a very challenging industry which in some ways is good. You have to work extremely hard to even move a baby step forward sometimes, but if you love what you do, then it's really quite rewarding. There is of course sexism, industry egos and bitchiness, but those things can be applied to all sectors and not just music. It's a shame that things are like that, but the way to battle it is to just keep doing what you're doing, speak up rather than stand down.

It can be very difficult. Once upon a time a musician's role was to write and focus on the creative side of things, but those days are long gone. You now have to be a writer, business manager and networker to even get the slightest look in. The larger labels want you to have already "made it" before they'll even bat an eyelid, but let's not focus on the negative. Scratch the surface and there's a whole network of people making a difference, creating a new music scene that's far more exciting. Take the likes of Artbeat, The Zine, Rocklands, Hoxton Radio, Croydon Radio (to name a few): these guys are the future of new music. There's a lot of support out there, you just need to put in the hours, work hard, support others and remember to enjoy yourself along the way.

It's very important as we have a clear vision on how we want things to sound, look and feel, but saying that we are not experts in all creative fields. We collaborate with like-minded people who share our vision and can bring their own unique twist to the project.

Take for example graphic designer Julia Woollams: she loved the idea of storytelling and the play on characters in a theatrical sense, which then resulted in the concept of cover designs focusing more on stories than conventional band shots. Spot the use of band members playing characters in some of these. We also worked with director Emma Nathan on the video for 'Never Let You Go' with the very talented choreographer, Rose Ryan, taking the reins in movement direction. Both using their creative skills to tell the story we had envisioned.

A whole mixture of things. Our writing subjects tend to draw upon stories from the past, both true and fictional, so we are fairly obsessed with all things vintage. I guess the only way to really explain this is to chuck a whole bunch of things in a blender, such as the 50s, David Lynch, Punch Drunk, American Horror Story, nostalgic thoughts of growing up in the 80s, typography, dancing in the dark, Doris Salcedo, old fashioned funfairs, dystopian novels and a mishmash of musical movements from blues to grunge.

If Peggy Lee were still alive, I think we could have done something pretty magical - although our bass player, Paula, hates 'Is that all there is?', which is why I play it in the car when I'm with her all the time. I also love Jessica Lang... I don't know why...

I horse box with my wife. I don't expect anyone to know what this is, but is doesn't involve punching horses. We also do a pretty nifty impression of dressage to Gotye's 'Somebody that I used to know'.

Our ambition is to keep writing the music we love, work hard and see where it takes us.

We hope to still be making music, playing even more shows and looking back on a body of work we can be proud of.

Our first EP comes out on the 8th of July along side our first video for 'Never Let You Go'. We also have lots of live shows across the UK and have already started work on our next video and plans for the album.

Never Let You Go by Bugeye is out on 8th July 2016 via Repeat Records/Badger Recording Co.