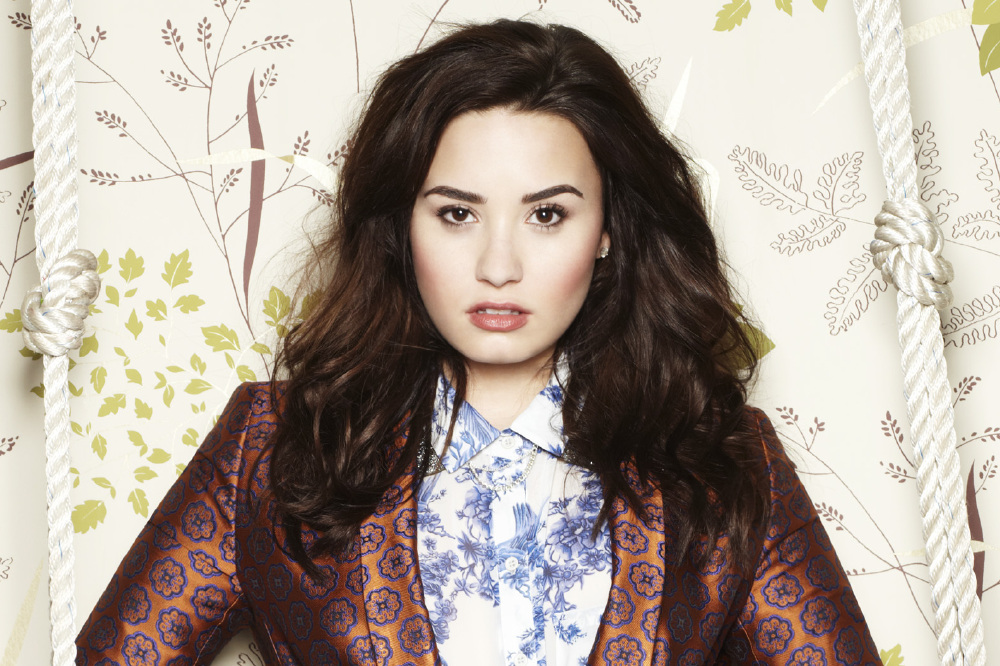 In a recent interview Demi Lovato admits she has severe trust issues, but refuses to be cynical.

Trusting:
“A couple of months before I went to rehab, I had a birthday party and there were a couple of hundred people there. It was full of people who I considered my closest friends. When I turned my phone on after being in rehab for three months, I expected lots of text messages and phone calls. I had four texts. That was a wake-up call. I have severe trust issues but I try not be jaded.”

True friends,
she doesn’t have many and prefers them to come from outside the showbiz world:

“I don’t have loads of friends. I used to, but then I realised, do any of them actually care? Now I have people who, if I break my leg in the middle of the night, they’ll come to the hospital with me. Or they’ll answer the phone at 4am if I need them.

“Most of my friends are not in the industry. I don’t like that lifestyle, the paparazzi, going to Hollywood places. I stick to my neighbourhood and to my closest friendships.”

On her recently discovered older sister:
“I don’t have a relationship with my birth father so I never knew about her. It was really funny because we never talked throughout my whole life and, when we shared our life stories, I found out we had similar lives – we’d been through the same things.”

“I think it’s really interesting that God has put each other in our lives. Now I have a niece who is 14 and hopefully I can be there for her if she has to deal with any issues that I’ve dealt with. I asked my sister why she never reached out to me before and she said, “I just never wanted you to feel like I wanted anything from you. So I’ve been waiting to see if you wanted a relationship.” I respected that so much that it made me cry. I had a sister who was waiting for a relationship but didn’t want to force things. She’d already felt for me before we’d even had contact.”

A special man! Demi kills the Niall Horan romance rumours:
“I’m so tired of that! It never happened. Niall’s a really sweet guy and I definitely consider him a friend, but it’s never crossed that line… He’s a sweet kid and we have an understanding, but we’re just friends.” 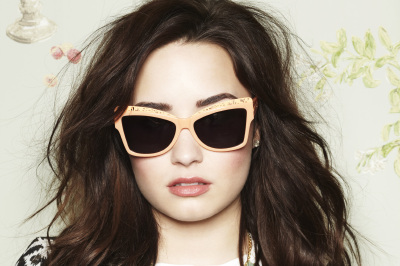 Demi Lovato
A role model for young women! It’s something she initially struggled with:

“Yes [role models are more positive nowadays]. Ten years ago it wasn’t the case. You had a bunch of sickly thin starlets running around Hollywood and models were unbelievably thin, which I think promoted an unhealthy, unrealistic goal. That set up a lot of young women for failure. Now, thankfully, we have beautiful women in the industry. But I have to question what people consider as ‘role models’. I used to think I didn’t choose to be a role model, but time went by and I was like, “tough shit, you’re a role model whether you like it or not”. So I learnt to take it seriously because my actions influence other people.”

Fame comes at a price – ageing!
“I’ve lived a lot of lives. Fame adds ten years to you. Then you add on the other things that I’ve dealt with, I feel like a 40-year-old sometimes!”

Future fashion line be in the pipeline?
“I love Sir Philip [Green]. He’s charming and has a really good heart. He’s very smart and knows exactly what he’s doing. Right now, I’m focused on music and touring, so I think it’d be a lot to take on fashion as well. You never know though, I’m kind of like a machine. I just keep on going.”

“If I were to do anything with fashion, it would have to have meaning behind it – and to make women feel happy whatever body shape they are.”

Judging on X Factor USA, Simon Cowell's softer side that very few get to see:
“He’s a grump. An old fart. But he has a heart that nobody gets to see. If he walked into this room, he’d treat everybody the same – he shakes everyone’s hand.”

Kate Middleton, Demi is appreciative of how much freedom she has in comparison:
“I sometimes look at my life and think, I have so much freedom. I can’t imagine having the attention she has. She didn’t choose this lifestyle, she just fell in love. But I admire her for her strength, she seems like a sweetheart. I want to meet her and ask her what it’s like to be princess.”

The full interview appears in the June issue of Company magazine, on sale 8th May. 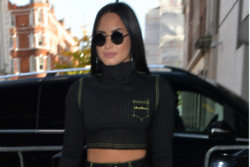 Demi Lovato: I still struggle with my eating disorder daily 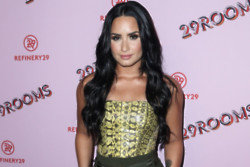 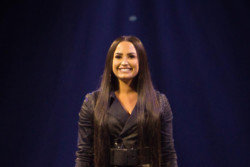 Demi Lovato: I will never discuss the parameters of my recovery