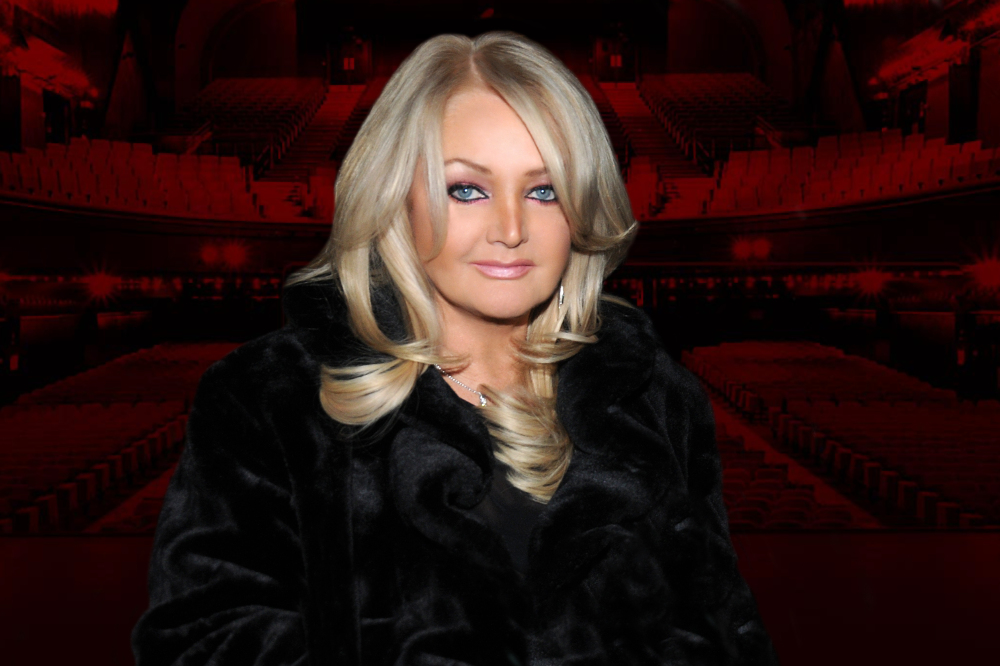 Bonnie Tyler is a Welsh sensation, with a career spanning almost 4 decades behind her she is set to represent the UK at this year’s Eurovision Song Contest with her new single Believe in Me. 16 studio albums, 15 compilation albums, 8 soundtracks, 2 live albums and 2 musicals all under her belt, Bonnie is one of the most promising acts the UK has had represent it at Eurovision in a long time. Her most famous songs include Total Eclipse of the Heart and I Need a Hero which made her a household name worldwide. We talked exclusively to Bonnie about Eurovision, her new album and her Bond song regrets.

Let’s start at the beginning, why did you initially change your name when you became a musician (real name Gaynor Hopkins)?

“That’s right, because Mary Hopkins was very popular at the time and she only lived up the road so I thought another Hopkins, it’s a bit early. So then I changed it to my favourite nieces name, well she was the first niece, not favourite niece, I haven’t got favourites, she was the first niece born, so I changed it to Sherene but then I changed it to Bonnie Tyler by looking through newspapers and making two lists of names and going down the list and trying to match a name up, you know. And I came up with Bonnie Tyler.”

Your lucky break came from a Welsh Talent Competition when you were 18, is this what inspired you to become a musician?

“Yeah, well you know, when I came second in this competition there were local agents there that really liked my voice and wanted to put me straight on the books. I said I haven’t got a repertoire, you know, so I didn’t go with them, but what I did was I went to audition for a band and I was with them for about 18 months before I formed my own band. So I had a lot of experience and a lot of repertoire and then I started my own band, you know.”

Arguably your most famous song is Total Eclipse of the Heart, we were wondering if you had seen the remade video on YouTube, where the lyrics have been changed to represent what is literally in the video?

“Yes. Have you seen the one, the Lego one? That’s even better! It’s really good!”

You were originally offered the Eurovision mantle in 1983 but turned it down, why?

The Eurovision is a huge thing, everybody watches it even if they say they don’t watch it, they’re bloody liars! Ha-ha!

“Yeah, the only reason I turned it down was I was too busy at the time, I was number one in America and number one in the UK and it was manic, you know. I mean I was flying everywhere and it just was the wrong time. Now is the perfect time because I have a new album out and this song happened to be on the album and they picked after listening to the album and thought this song’s perfect for Eurovision, it wasn’t written for Eurovision. ”

Do you think you have a better chance of winning now than you did then?

“Erm, well I don’t know about back then but I’ve got a good chance of winning because of the popularity in Europe, you know. But listen, I’m realistic as well, I know it’s quite political and I won’t be too hard on myself if I don’t win! But I’d love to win.”

Englebert Humperdinck came 25th (second to last) last year despite his European following and lengthy career, what do you think went wrong for him?

“Oh, well he’s got a great voice but he didn’t have a great song, I have got a good song. So, you know, as I said before it’s not all about whether you’ve got a good song or not, it’s sometimes political.”

You’ve spent a lot of time in Europe during your career, do you think this will give you an edge over the other competitors at Eurovision?

“Well I’m hoping so, but there is good competition. I’ve heard quite a few of them and I particularly like the Russian one, the Dutch one, the Irish one, you know, there’s some good songs there.”

The Eurovision song, Believe in Me, features on your new album Rocks and Honey, why was this song chosen for your Eurovision entry?

“I didn’t even venture for the Eurovision, what happened was my album got heard, you know like when you’ve got a new album coming out you send it to the BBC and see if they like it and you know, so they’ll play it in future. Somebody picked up on Believe in Me and said that would be great to do in the Eurovision Song Contest. So they asked me, and I thought well, fantastic! Yeah, a great opportunity and it goes out to 120 million people. You know, the Eurovision is a huge thing, everybody watches it even if they say they don’t watch it, they’re bloody liars! Ha-ha!”

The video for Believe in Me was filmed on a beach and in a beach hut, it looks very damp and cold, where was it filmed? Was it a good day?

“It wasn’t in Wales, it was in East Sussex, just outside London. Actually it was one of the easiest videos I’ve ever made, I’m not a great lover of videos. I just don’t like having photographs taken, or making videos, but this one was quite enjoyable. Much easier than Total Eclipse, but then again Total Eclipse was nominated for a Grammy Award for the Best Video and I lost out to Michael Jackson, which isn’t a bad thing!”

Moving onto the album, are you staying with the rocky sound you’re known for in this album?

“There’s a mix of sounds on the album. I do two country songs, I do a duet with a 27-time Grammy winner, Vince Gill, and that’s a beautiful ballad duet, it’s called What You Need From Me. It’s about two friends, they try being lover’s kinda thing but they realise their better off just staying friends, they wanna keep their friendship, and it’s a lovely, lovely song. He’s got the liquid honey voice. Somebody said when we were playing the album back ‘Oh wow, your voices blend like rocks and honey’, and I’m the rocks and he’s the honey. That’s when we thought, ‘great title!’ But you know there’s power ballads on there as well which I love, All I Ever Wanted. Awh, I love that song and it’s written by an incredible song writer who wrote I Swear, that was number one I think. Anyway, he wrote that song, and I love singing that song. I’m not just saying it, I love all the tracks on the album, it was fun making the album, I really enjoyed it, recorded it in Nashville. There’s a song on it completely different to anything I’ve ever done, called Sunshine. Which will probably be the second single after Believe in Me I would imagine, and then may be All I Ever Wanted. Well there’s so many good songs on there you know, but there’s different kinds of songs. I’m a rocker, and some are power ballads and some like completely different to what I’ve done, like Sunshine.”

Which song do you think represents the album as a whole or is it just a big mix?

Do you have a favourite song on the album?

“I love All I Ever Wanted, I absolutely love it. There’s another one on there called Little Superstar, it’s a completely different song again, it’s really quirky, you know.”

You’ve played all over the world during your career, where was your favourite place to play live?

“Ooh, that’s a difficult one. Well, can you imagine what it was like singing in Los Angeles in the Grammy Awards and the first thirty rows were all like superstars, you know, Michael Jackson, Diana Ross, and all that. That was really, really like, am I really doing this? Oh, I really enjoyed the O2 before Christmas, but then again last week I was in Europe again, as I usually am, and they were going nuts, you know.”

Other than Eurovision, do you have any upcoming shows or tours?

“Yeah, I’m doing some summer festivals in Europe. I’m doing the Harley Davidson Festival in Rome, touring South Africa, Singapore, I’m doing loads of gigs in Germany, Scandinavia. So, I got a great band, and we’re rocking out and my audience are right across the board, so it’s fun. I really enjoy doing the live stuff.”

Is that the favourite part of the whole experience?

“Oh yeah, definitely. Especially when you get on that stage and the people are there just because they bought your tickets, you know what I mean, they’ve come to see you. It’s going to be different at Euro, because there’s how many countries are involved? Twenty-five? Something like that isn’t it, so it’s going to be nerve wrecking but I’m quite excited about it. I’m delighted to be doing it.”

Last of all, do you have any regrets?

“Not really, except for one thing. I would love to do a Bond song and I could have done a Bond song, I was offered a Bond theme but I turned it down because I didn’t like the song. But as it turned out I was right anyway because the song was the only Bond theme that never became a hit, so I’m glad I wasn’t associated with that! But yes please, I’d love a song like Skyfall!”

Thank you and good luck for Eurovision!

“Well I tell you what, ask all your friends, foreign friends on Facebook, ask them to vote for Bonnie Tyler! Because the UK are not allowed to vote for her! Ha-ha!”

This year’s Eurovision will be on 18th May and Bonnies album Rocks and Honey is out on 6th May. 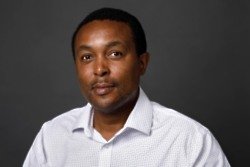