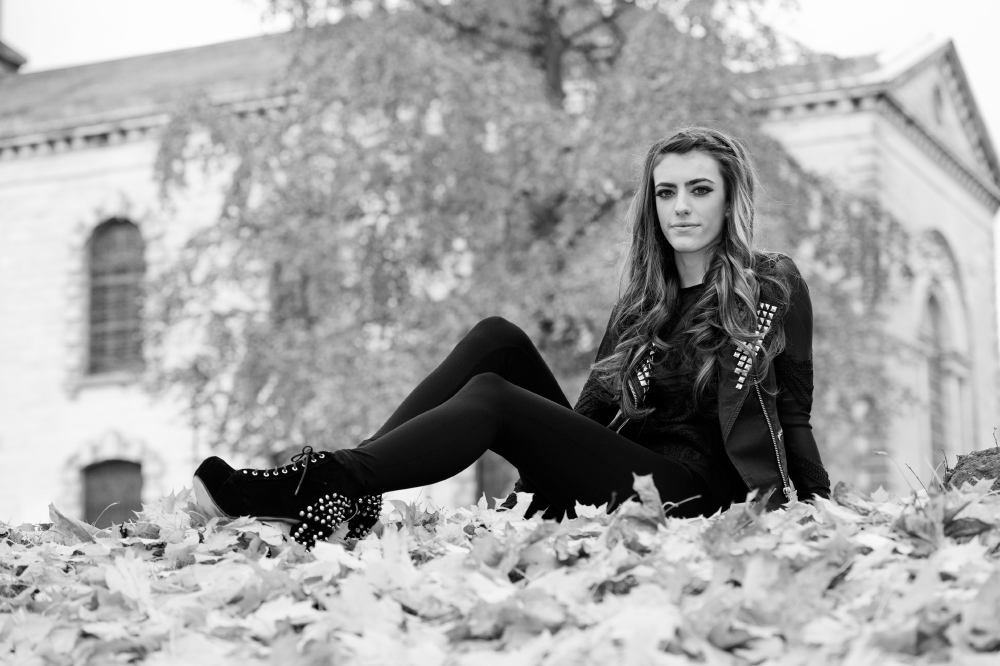 Gabriella Jones might only just be at the very start of her musical career, but the teenager’s already making waves.

The Birmingham singer and songwriter’s been teaming up with musical supremo John McLaughlin following the release of her EP ‘Hey You’ last year and has already supported massive acts like Bon Jovie and Ryan Adams at festivals.

We grabbed a slice of her time and had a chat to her about work with McLaughlin, her musical influences and writing songs about boys not choosing the right bus seat.

You released your EP last year, how’s the reception to that been?

It’s been great. A lot of people have been enjoying the songs and probably the best thing to come out of it is John McLaughlin heard ‘Hey You’ and done a version of it. So I’ve been working with him on a couple of new tracks which are coming out the 28th April. I’m really excited about those coming out.

Anything you can tell us about those then?

It’s a variety of styles. One’s quite a bluesy track and the other’s a more upbeat pop track, so they cover a lot of my influences. Hopefully there’s something for everyone there, especially as we’ve got some nice acoustic songs on there too.

What was it like working with John McLaughlin then?

It’s really interesting. My roots are more rocky and he’s got a pop background if you look at who he’s worked with over the years. When I first got the song I was dancing around listening to it because it’s so different to what I’d heard before. Turning the Marshall up to ten and having this dance beat on top of it was really cool and something I wouldn’t have thought of on my own, so it’s nice to have his input.

As you said, you’ve come from a more rock based background, is that something you want to keep in you music as you go on?

I think I’m definitely going to keep that as the basis of my music. My favourite artists are people like Led Zeppelin and Free. I listen to so much music that’s in the chart like Beyonce and Lady Gaga, think it’s was only natural for them to get mixed together and to collaborate with him [McLaughlin], after he’s worked with so many different genres and artists it’s been really cool.

Not many 18 year old girls talk about Led Zeppelin and Free. Where did that love start?

My dad always played Free around the house when I was growing up and he taught me to play guitar when I was nine. The first sort of things I played were blues scales and other things to ease me into the guitar. So voices like Paul Rodgers became normal and when I was growing up I listened to Christina Aguilera, so I’ve always been drawn to a more blues based vocal.

You’re currently at university, so how do you go about balancing you music and that?

Most of the time it’s quite easy, although the other day I did have to leave a lecture to do a radio interview. That was a nightmare, as my phone died right and I had to run into a random kitchen at uni and beg them to use the landline. It was noisy and they were cutting fish, so it was smelly and I felt bad for everyone, but it was ok in the end. I just had to run around the campus like a crazy person, it thankfully it was all ok. 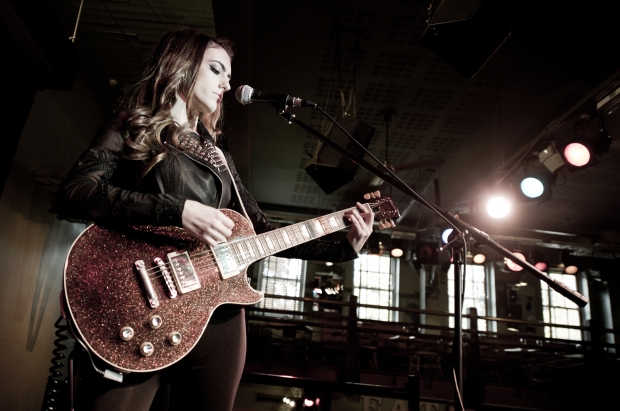 Gabriella Jones and her guitar

You’ve been on the same festival set lists as some incredible artists. Was it ever overwhelming to see your name next to people like Bon Jovi and Ryan Adams?

It was a bit crazy, especially as I’d only really done local open mic nights before. Getting into the Wireless Festival in Hyde park and seeing a t-shirt with your name on the back really took be a-back and made us all think how crazy this whole thing was. I’ve still got that t-shirt, just in case. I’m hoping to do some more festivals over the summer though.

Able to pick up any tips from them?

Definitely. When I saw Bon Jovi, they played for three hours and stamina’s definitely something you’ve got to have. He did it with a broken leg as well! He still looked really stylish though, I think they specially co-ordinated his outfit to match the leg brace.

Any festivals you’d love to play?

I love doing the festivals in London like Wireless and the Hard Rock. They’re moving to where the Olympics were held, so that means it’s even easier for everyone to find it. Glastonbury’s another one that would be amazing and I’m playing a student festival called Valefest which is around Birmingham University which is going to be great. It’s all for charity and it goes towards charities for mental illness like Young Minds and it’s in a great venue. They’ve got all hippy themed dnace tents, so I’m excited for that.

You’ve been writing for years now, but what do you think are you major inspirations?

Things that happen in life I suppose, like boys, that sort of thing. I started writing when I was about ten, but they’ve changed a bit since then. They used to be me wondering why this guy won’t sit next to me on the bus, to actual things that adults go through. They’re the things that people can relate to.

So, finishing up, what’s next for you then?

I really want to tour some more, maybe try and get on the back of a big band and see what people think to the new music. I just want to get out there to as many people as possible because it is really fun and I love playing gigs. It’s all very exciting. 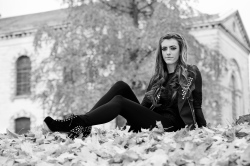