Right Said Fred saxophonist Katherine Deal opens up about her career, and her future, in a new and exclusive interview with Female First.

Right Said Fred had a brilliant 2017, releasing their ninth studio album and smashing the charts all over again. They even featured on some of Taylor Swift’s latest music, picking up a writing credit on her smash hit single Look What You Made Me Do. But the duo aren’t the only people responsible for making their act such a success. In fact, there are a whole group of people working behind-the-scenes, and sometimes even on the stage. One of those people is saxophonist Katherine Deal, who we caught up with in a recent interview. Find out what she had to say below… 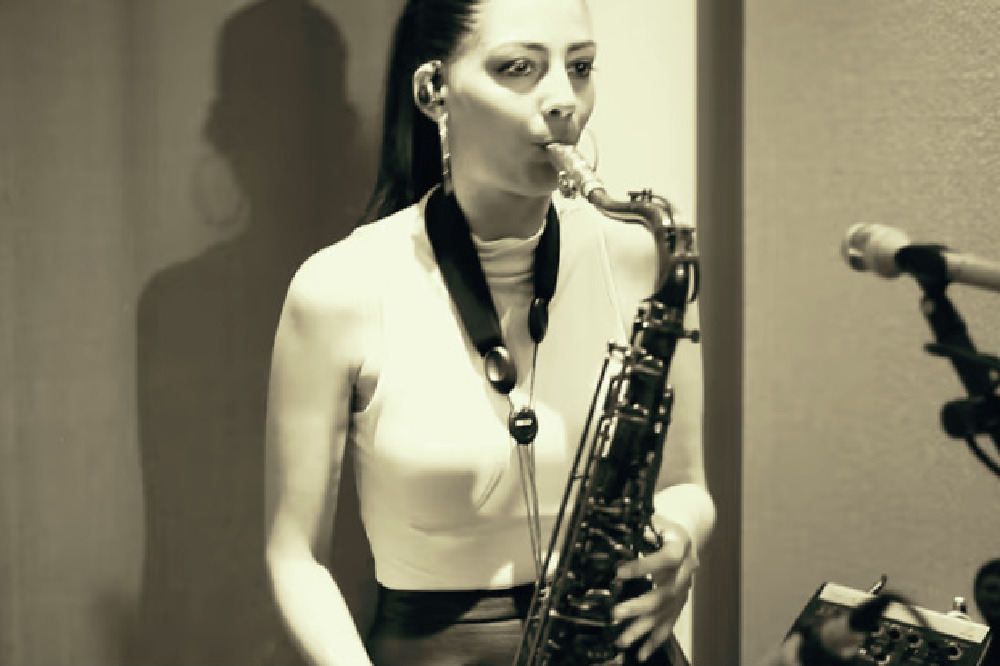 What have been your highlights of working with Right Said Fred so far?

Gig-wise we performed at a private event on an island off the coast of Denmark and Germany. We flew there on a private jet and the whole trip was just amazing. It was my favourite gig both musically and for fun. Also the boys are just great fun to hang with! We always have a laugh and I’ve heard many stories and learnt many useless facts! We all get on really well so that makes it great.

Everyone’s tried music in some way and it’s such a sought after career which results in a large number of capable musicians trying to make a name for themselves. However, I believe if you have a combination of talent, drive, and a personality that people can work with then it makes the path a lot easier. I think as a female it makes things even harder as with the stigma around female musicians you kinda have to be even better than the guys. There’s a reason 9/10 times, I’m the only female musician on a gig. There aren’t many of us breaking through.

What first inspired you to start playing the saxophone and who would you cite as your main influences?

The sound. I remember hearing a guy at school play the tenor in this jazz band and it really moved me, it has such soul and can really sing I was like, “I wanna play that”, so I rented a sax from a local store and taught myself. Kirk Whalum (he was Whitney Houston’s sax player and does the Gospel According to Jazz album series) is my biggest inspiration, my current sax is named after him actually. Mike Phillips is another, his work on the Jill Scott stuff is amazing and incredible musical. But I also draw my influence from singers as the sax is very much like a voice.

I would love to be on a Robert Glasper track. His mix of jazz with soul and pop is very much up my street stylistically.

I name all my instruments. I currently have Kirk, Alife, and Jazz (sax’s), Troy and Tallula (trumpets), and Tommy the trombone. They’re like family to me. You wouldn’t not name your kids, would you?!

I just want to be the best player I can be and I want to inspire young women in the industry and guide them through this business.

Playing the Grammys surrounded by platinum discs with my name on and a private chocolate fountain in my dressing room. Nothing too much, you know?! But realistically I hope to have played and written on more charting tracks and have done more work and gigs that I’m proud of.

Lots of touring with Right Said Fred; we are going to LA and around Europe for the next few months.