After the huge success of debut single 'Reckless', electro pop duo Lara and Lo AKA LOWLA are back with their new EP 'Walls', out now via DIY. 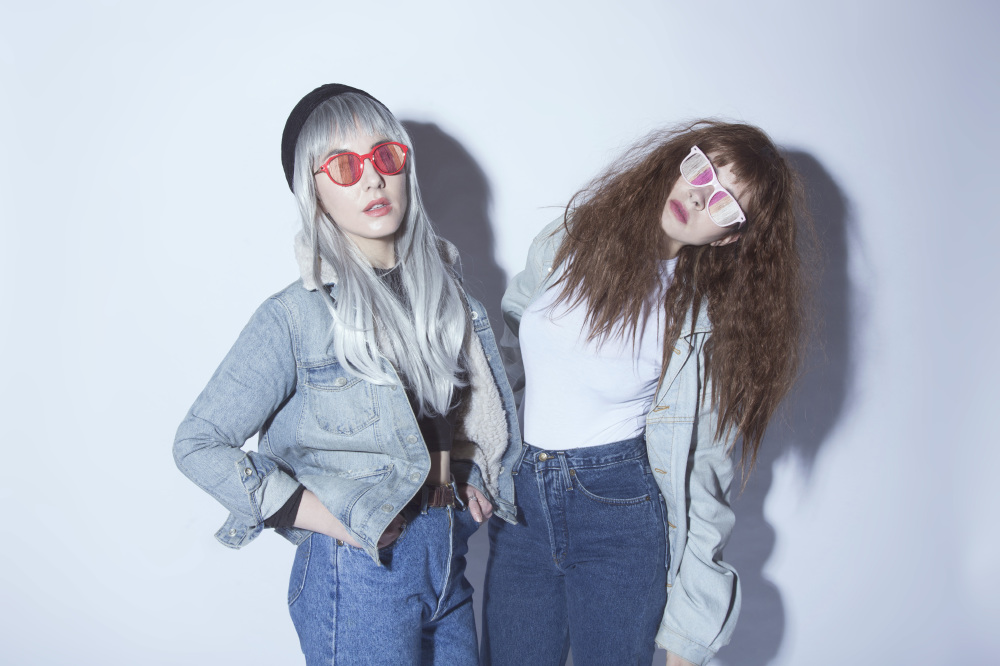 We got the chance to chat to the pair about their music, future plans and more…

Probably as electronic DIY pop with a dash of 90s denim. Gosh, that sounds a bit swanky, doesn't it?!

The biggest challenge is cutting through the noise. There's so much out there. The market is absolutely swamped. We're fairly certain a lot of people may like our sound, but reaching them is the hardest part. That's where a major label deal - AKA a posh bank loan - may come in handy.

It's incredibly difficult out there. Harder than ever before. We don't recommend it to anyone. It's an uphill struggle, but when you love what you do and you've done it for as long as we have, it's just inevitable that you have to keep going. There's no turning back. We may suffer multiple breakdowns, but we'll always get back up and carry on.

Incredibly important. Lo is the producer of LOWLA and together we write all our lyrics. Lara selects the looks and wardrobes for our shoots. It pays off to be DIY and not be told what to do by others. That's the good part. At the same time, it's a lot more work. But hey, we wouldn't trade it in.

Definitely from our main 90s influencers and some modern tracks. Sometimes we get inspired by situations, challenges and some daily instances.

We'd love to work with Dev Hynes right now. But there are a lot of dope producers on our radar and we'd be happy to work with most of them.

For sure. This year, we're still hoping to play a lot of neat support shows. For 2017, we're hoping to release more music and maybe find an indie label or a good manager to support us.

New EP 'Walls' is out now via DIY.