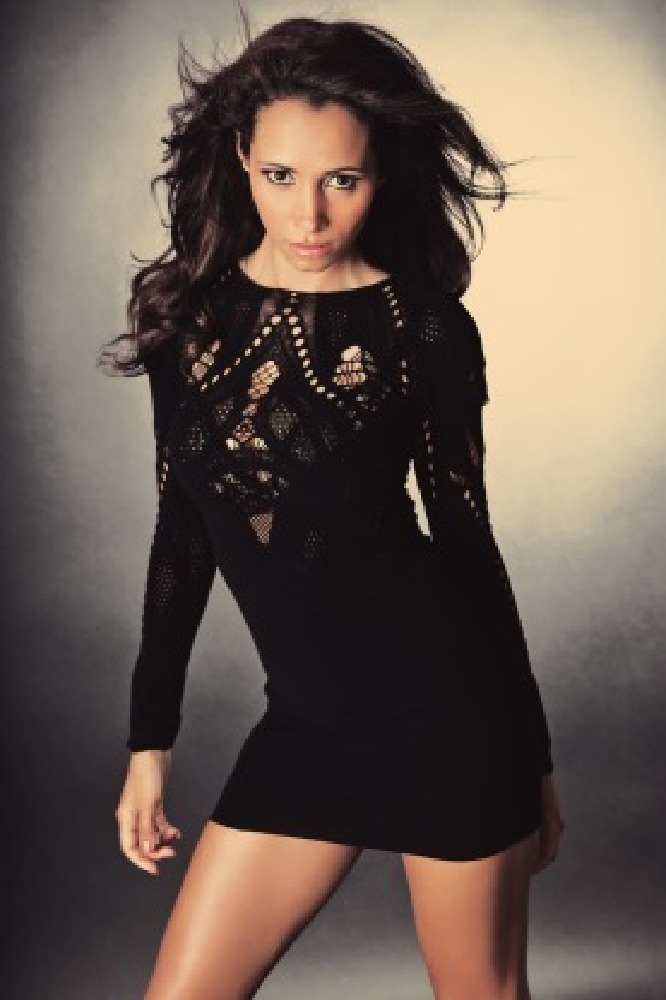 We got the chance to chat to Mariama Goodman - star of The Honeyz and 'The Big Reunion' about being a pop star, a midwife and her advice to new parents.

You took part in 'The Big Reunion', and there's a tour coming up, how did you find that whole experience?

It was - surprising is probably the best word for it - in that when we signed up for it, it was just a kind of 'we're making a TV show about what people are up to now, and what it was like back in the day', culminating in a one-off show at Hammersmith. I was like 'well great, let's do that'. So we did that, and then when Hammersmith went on sale, I think it sold out in about three and a half minutes, so that then turned into an arena tour, which has turned into a Christmas tour and all that kind of stuff. So I'm literally bowled over by how big it became - I was really, really surprised.

When you get involved with something that's not happened before you have no clue how it's going to turn out - especially like a reality thing - it could be really cool, or really not (laughs).

So yeah, I was pleasantly surprised with A), how the TV show turned out and B), just how people warmed to it.

Where are The Honeyz at now, with regards to music and future releases?

When we got together for the whole project that wasn't really anything we were thinking about - being involved in this we thought we can do it this time around and enjoy it with no pressure and then obviously the three of us - we hadn't worked together in this lineup before - so we didn't know how we were gonna work out musically and artistically, and all that kind of stuff.

Working together we realised we sounded quite good together, and we gelled quite well so we decided to just go in the studio, write and see if any good stuff came out. One of the first things we recorded - we fell in love with. We were like, 'Oh my God we have to do something', we'd feel stupid if we don't use the opportunity, and the fact we work so well together.

We've recorded some stuff and hopefully we'll release a single by the end of the year.

What was it in 2002 that made you go after a career as a midwife?

That was one of those things I always quite fancied but my career path had always been quite set from a very young age.

I went to a ballet school so I was always gonna do something performing arts wise, then the singing thing, and I got into my first pop group when I was 17. It was all quite set out for me, but the baby thing was always something I was fascinated by but I never thought I'd have the chance to do.

After leaving a career (The Honeyz) that I felt quite natural in and got an amazing buzz from I felt that I had to choose a career that gave me that same kind of fulfilment - which sounds a bit cheesy.

I applied at three universities and got accepted, and was like 'oh my God, they actually want me to do it!' (laughs)

How different would you say they are as occupations?

Oh, they couldn't be more different if you tried!

I think the main difference is when you're being a midwife your whole role - your whole purpose - is being an advocate for somebody else, looking after somebody else's needs and you're very much in tune with what they need, what they want and what they're going through at that moment.

When you're an artist it's very self - you have to be aware of yourself and what you're doing and how you're behaving. It's all very much dependant on your talent and what you're projecting.

It's two totally different point of views, and I actually really like not thinking about myself (laughs), if you know what I mean, that's one of the things I love about being a midwife really - you spend your whole time looking after somebody else.

Is there a career path you prefer?

They've both got their own strengths. For me personally performing and music - I've been born and bred with it really - it's one of those things. That's always gonna be a part of it and performing in front of people - most people who do it will tell you, they feel like they were always supposed to do it, whereas the midwifery is by choice. I chose to do it because it's something that brings me something completely different that I really like.

One's a calling and one's an occupation, but I love them both - they're so different that I can't really even begin to compare them.

How do you balance juggling those with your personal life?

I have an amazing mum! (laughs) My mum lives literally five minutes from me - I couldn't do either of them without her.

The kind of midwife that I am means that I do antinatal clinics, I do deliveries, I do home births, I work on the wards, I go and visit people at home with their baby as well, so I do a bit of everything.

That also means that A), they're very long hours and B), I'm on call at certain times as well. So if I'm on call and someone calls me at two in the morning I have to have somebody close that can come and 'sit for my little girl.

I've just been absolutely blessed with the fact that firstly she's close, and secondly that she doesn't mind! (laughs).

Do you have any advice for those pregnant, or new parents who may have baby worries?

Seek help and advice - we're not in a society where we're around babies all the time.

When I started to train I was one of those that if you handed me a baby I'd hold it at arms length not sure if I was doing it right.

I was completely fascinated because I wasn't brought up around babies, and a lot of people in this society - because we move away from our families and stuff - we're a bit detached from that family life I think. So, not all of us are used to seeing how other people do it.

So just don't be afraid to ask people when you don't know. Just ask, that's what we're there for.

The other thing is, babies are sturdier than you think. As long as you're feeding them and giving them love they're gonna be alright!

You touched on your new music that you're hoping to have out by the end of the year - are there any other upcoming projects you can share with us?

There is something but I really can't! (laughs) It's one of those things, I'm dying to tell people!

So we should expect a surprise?

Mariama Goodman, alongside The Honeyz and a whole host of other 'reunited' bands will star in 'The Big Reunion Christmas Party', kicking off December 11 in Nottingham.