Jeremy Lloyd and Samantha Gongol, aka Marian Hill return with their new single 'Differently', ahead of the release of their sophomore album, 'Unusual'.

Set to drop their second album Unusual on May 11, 2018, and following the release of their new single Differently, we got the opportunity to grab a quick chat with Philadelphia duo Marian Hill (Jeremy Lloyd and Samantha Gongol). Talking about their past success as well as what we should expect from their new record, the pair seem ready to take on the world all over again. We can’t wait to hear their upcoming collection! 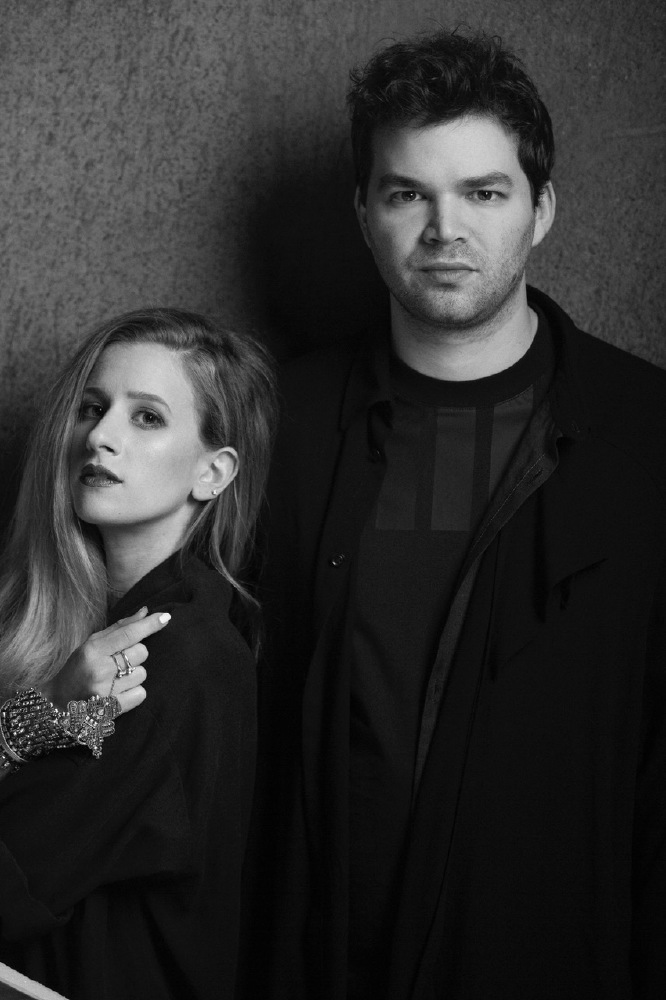 For those who may be new to your music, how best would you describe yourselves as artists?

J: We’re a songwriting duo. I produce, Sam sings, and we write music and lyrics together. We like to make fresh stuff that sounds familiar but unlike anything you’ve heard before. We’ve got a bare, minimalist sound that pulls from hip hop, electronic, blues, pop and elsewhere, and we make music with big beats that you’ll wanna move to. Sometimes there is live sax!

J: My biggest inspiration is other music. I love to think of music as one big conversation. I still get such a thrill from being a part of that conversation; hearing things I love, letting them influence what I make next, always moving forward and trying to challenge the status quo and keep things moving and improving. As far as inspiration for content, I draw a lot of inspiration from my life and the lives of my friends, putting myself in situations they’ve been in and then writing from that perspective. Often the situation will come from a particular lyric that comes to us, or the way the song feels, and then the details and depth of it will come from life experiences, so the song feels true in that way, but is never necessarily exactly what happened in reality.

S: People, relationships, film, life, music… I love how Jeremy describes music as one big conversation. Hearing a unique melody for the first time, or a production element or the way a voice is recorded, can be as inspiring as any breakup. Almost! Other artists constantly inspire me to raise my own bar and push myself creatively.

You’re the group behind platinum-selling track Down, which featured on the Apple AirPods ad – how did you find the whole experience of re-releasing that song and collaborating with other artists on it?

S: We didn’t technically re-release Down which is the funniest part about it, but it was thrilling to watch the world discover it for the first time a year after its initial release. I think Down is sort of the epitome of Marian Hill, minus the sax.

J: It was always one of our favourites on ACT ONE (that’s why we started the album with it!), but I don’t know that we ever saw it as a hit, and it was such a blessing to have that validation. It’s a special song that really distils what we’re about musically down to the key elements, and I love that so many people have heard it now.

You’ve also been on some big American TV shows; what have been some of your favourites to be a part of?

S: We’ve been fortunate to have been a part of so many! I lived home for a year after college, and my Mom and I would sometimes watch So You Think You Can Dance together (she still watches it), and she would always say, ‘How cool would it be if your song was on SYTYCD?!’ And then it was! That was really fun to watch together.

Recently, you released new single Subtle Thing; how have you found the response to that track so far?

S: We’ve been playing Subtle Thing live for almost a year now, and we’re jazzed it’s finally out in the world in recorded form.

J: It’s been so exciting to break our silence and get it out there, and fans have really loved it. It’s a great entrance to the new record, but I’d also say it’s the most familiar and expected sound from the new record… We’re gonna be diving in deeper going forward!

It’s taken from your sophomore album which comes out later this year; what should fans expect from that record?

J/S: On UNUSUAL we turned up the strange as well as the pop. It’s a tauter record (10 songs) and hits a beat harder than usual production-wise. We really leaned into what makes our music special, with each song designed to be familiar and yet unusual and other-worldly. It’s pretty relentless as well I think; each song is really specific and goes hard in its unique way. And there’s also a lot of themes of empowerment. We really wanted to make a record that would make our fans feel strong, like they can be a badass in the face of anything. We also got to work with Boi-1da on one of the songs, and it was such a thrill for me to work with a producer we’ve admired for so long.

When it comes to creating new material, how important is it for you to maintain creative control?

J/S: It’s vital. We got to where we are today because we had a unique vision, a sound unlike anything else, and it’s important to keep that intact. We’re fortunate to have a team and a label that allows us to keep this creative control; it’s an amazing position to be in and we’re very grateful.

J: I’d love to work with Alessia Cara. She’s got such an expressive voice and I love her songwriting sensibilities.

J: I just want to keep making intelligent music that I love, that makes me proud, that makes the people that hear it feel good and enriched, and that inspires others to make music.

S: I think the goal is just to get our music in front of as many people as possible. I want to play bigger rooms, but most importantly to continue to make music that I love and resonates with people.

S: We are releasing our new album, and we’re going on tour starting with Coachella! We’re travelling to new cities in the US and overseas, and can’t wait to bring the UNUSUAL experience on the road and bring these new songs to life for our fans.