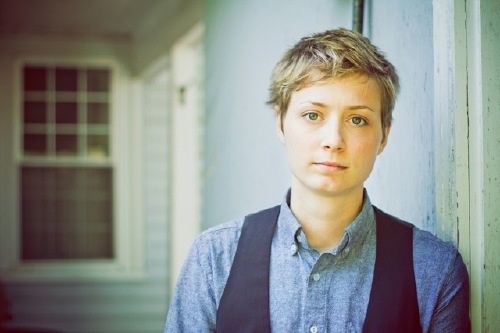 As the winner of multiple awards and having placed on the 2012 iTunes Best Singer Songwriters list, the only way is up for Mo Kenney.

Female First got the opportunity to put some questions to Mo about her career so far, what to expect from her forthcoming album and her plans for the future.

How best would you describe yourself as an artist for those who might not be familiar with you yet?

I am a singer/songwriter from Dartmouth, Nova Scotia.I play a mix of pop, folk and rock.

Your debut album's scheduled for UK release next month, tell us about the creative process behind that record.

This record is a collection of songs I've had kicking around since I was a teenager. Some of the songs are old and some of them were conceived during the actual recording process. It's a bit of a timeline. Since it's my first album, there was no time limit or rush on the songs. I had a lot of work to choose from, which is always nice.

How important is it for you to have creative control in the work you do?

I'm a bit of a control freak when it comes to my music. I like to have control over what's going on creatively, I think most artists do. Working with Joel Plaskett (producer) was an amazing experience. It was really a collaborative effort, especially on the production side of things. It was a pleasure working with him.

If you could work with anyone on future music projects, who would you choose and why?

If I could work with anyone it'd have to be Daniel Romano. He's got a real knack for coming up with memorable melodies and his lyrics are amazing. It'd be interesting to see what we could come up with. He's good at writing in different genres.

You've won multiple awards in your career so far, what prize are you eyeing up next?

I'm not really eyeing up any prizes. I'm focusing on my new album and writing as much as I possibly can. I play music for a living, awards are just bonuses.

Hopefully by next year I'm still able to play music for a living.

Are there any other projects you're currently involved with that you can share some details about?

I'm working on a new record at the moment. Joel Plaskett is producing again, which is great. Hopefully it'll be out sometime next year.