We speak to POLSKY frontman Chris Warren about the group, what we should expect from their future music and much more. Read on to find out what he had to say... 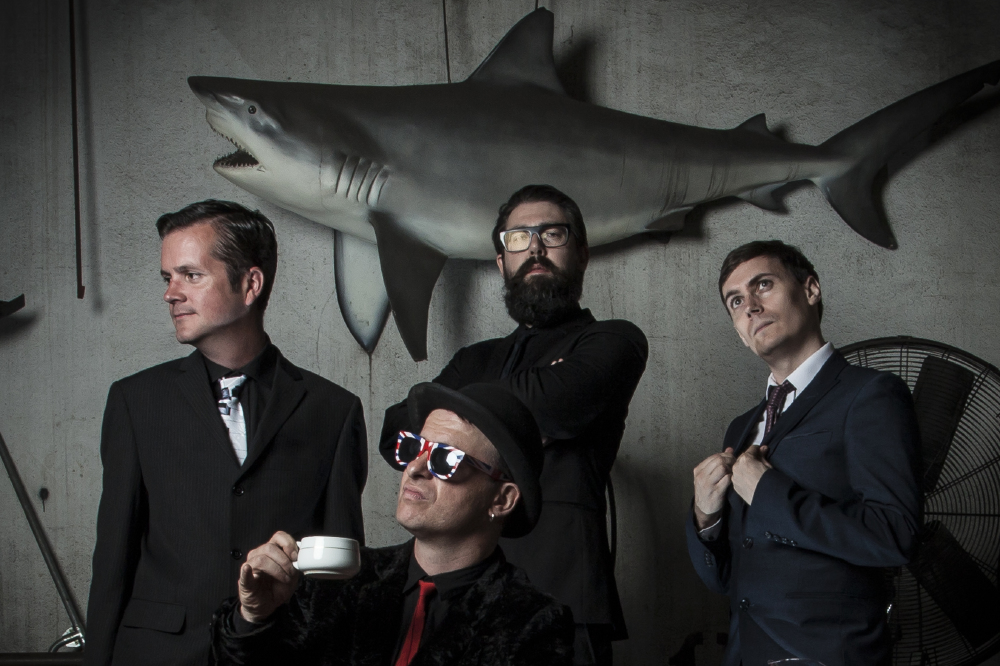 We take our cues from post-punk, incorporating electronica, prog and pop. We wanted to capture the anxieties of the modern age with the songs on this album; binge drinking, debt, video game addiction and unemployed cloud watching! The band all come from quite a wide world of musical inspiration but POLSKY is about the golden era of pop and post-punk from bands like Wire, The Cure, The The.

The album began at the beginning of the financial crash of 2008. Of course the most sensitive of industries (music) was hit hard - 'My Own Company' is really a response to this. Being entirely self-produced, I saw it as a challenge to make something that would compete with the top acts on the band's own terms. As I have discovered, this has taken quite a while! The next album will be done differently, as I have frequently questioned my sanity during the process.

It appears that the music industry has undergone a sort of democratisation. It's much harder for musicians to make a living from their own creations as it is for most facets of the industry. It is great that people can self-publish - and this has pretty much become the norm - but the down side is perhaps bands have fewer opportunities to build a career with longevity. There is a huge volume of music being released and perhaps it's more difficult to get people's attention. I mean that we may not see another Radiohead for example, though I'm hoping to be proved wrong.

Paramount. Although in saying that, I've learned to let go of the reigns more often during the writing and recording of this album. The musicians who played on this record have all left their own stamp and my role as director really supported the 'corporate' ethos. The band is a living breathing machine and POLSKY's future will definitely be more collaborative. Not just among the members of the band but everyone involved: producers, engineers, fans, friends, pets, all influence and drive the creative output.

All manner of cultural oddities inspire the creative process. I enjoy following streams of thoughts and combining elements from different media to create songs. It feels like a kind of cultural reducing like a good sauce!

I've found the most interesting world perspectives come from students I have worked with, with autism. I hope to write some songs with them again in the near future.

In my first proper band I was notorious for maybe having a few too many. At a festival we were playing in Wales I had consumed a whole crate of beer before we went on. I was unable to see my guitar, let alone tune it, and spent most of the set trying. I finally tuned up and chimed in for the last song before declaring to the audience: 'I've finally done it... I'm tripping on lager."

I'd really like POLSKY to have its own studio, develop a label and it would be great to be able to happily state 'musician' on my tax return.

We'd like to be finishing off the difficult second album, tour an exotic location - like the USA or Russia or Swindon - and to follow in the steps of Bill & Ted's Wyld Stallyns by being the first band to perform on the moon.

The first single from the album 'Switchboard Operator' is released at the end of January with another single and album out by April. We're currently working with filmmaker Simon Green and BAFTA-winning director Tinge Krisham, so there will be some exciting videos coming over the next few months.

'My Own Company' is released April 4 via PRODUCT.