Canadian four-piece RALEIGH are ready to show the UK exactly why they're in the music industry; we catch up with Clea Anaïs to find out more about their sound, inspirations, and more.

Canadian four-piece RALEIGH released their brilliant album Powerhouse Bloom last year, and now they’ve dropped an incredible new music video for their single Smoke In Our Eyes. Celebrating the visuals, we caught up with the group’s brilliant Clea Anaïs to find out a little bit more about their inspirations, her journey within the music business, and more! 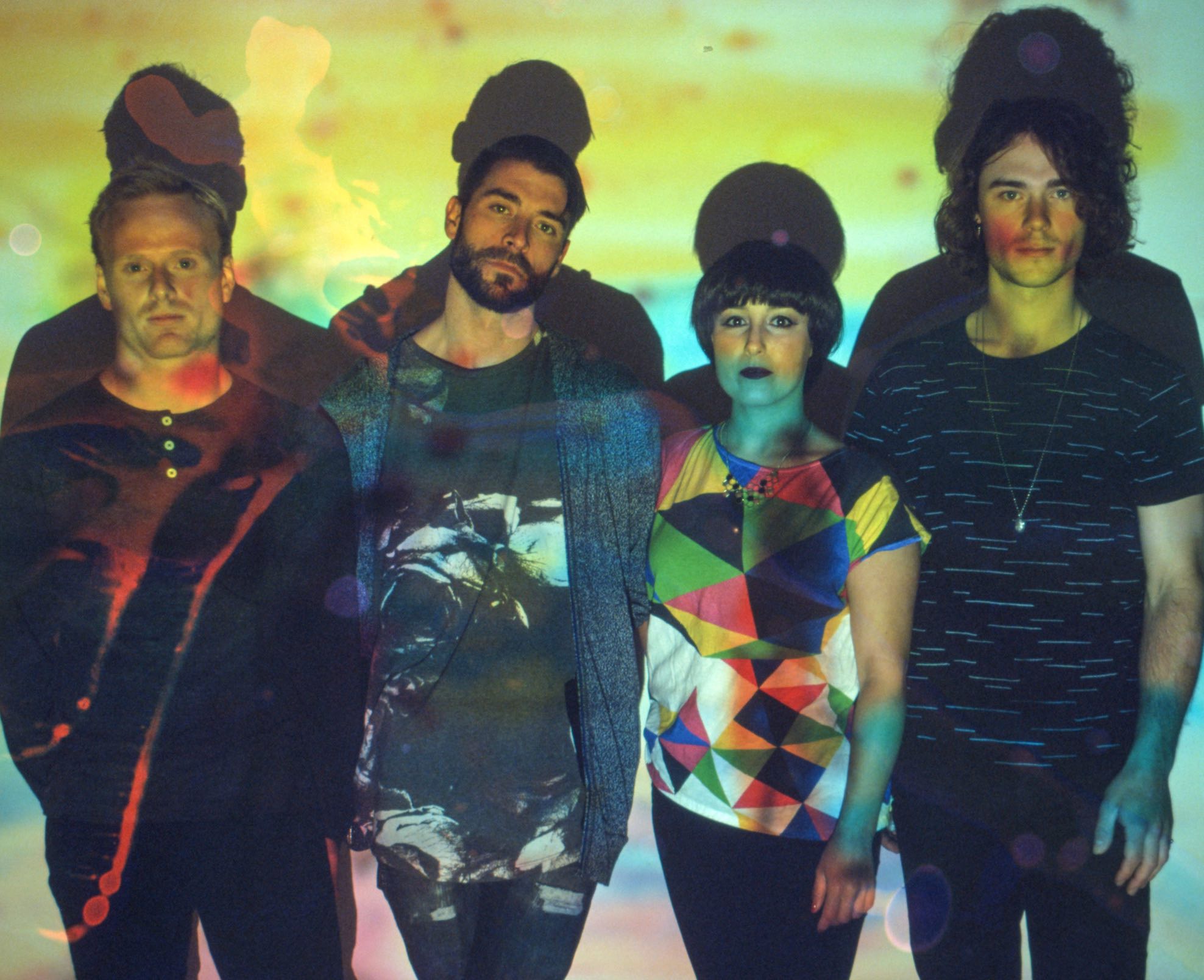 I would say that each track is like a mini cinematic experience for your imagination. A post-apocalyptic adventure. Aural pulchritude. It’s like getting to put together a world in your mind similar to reading a novel, but you are pulling the sources from sounds instead of just words.

Every day is an uphill battle. I think that is the case for most people involved in the arts who have to deal with the ‘industry’.

As a woman there is an alternate layer of challenges you face as a musician. It is a culmination of small experiences that build up to the realisation you have to navigate circumstances differently. For me it is times like when everyone in the band gets an intro and a handshake with an industry rep but I get passed over. It is not being allowed back into the venue after sound check, because I am not believed to ‘actually’ be in the band. It’s walking into a music store with a male band member and being ignored even though I am the person spending money. It’s not getting to simply be a ‘bro’ and entitled to an equal voice, and instead having to prove myself, my worth, my musicianship, and my right to an opinion. There is a pervasive layer of systemic sexism that you experience as a female musician that is often a silent influencer in the inequality between a man and a woman’s career path.

I would say it is difficult, but also RALEIGH writes music collaboratively that is also more cerebral and created as art, not designed as a product. On the flip side, it is wonderful to be recognised for making something we are really proud of.

At an individual level it has been hard because even though I play an equal creative role and I do a crazy amount of work for the project behind the scenes, I often let Brock (guitar) act as the face or the connect for the project. Perhaps this is a mistake because in my social timidness I don’t build my own name; rather I propel him forward and help his career.

This is so extremely important to me. I may not always be recognised for what I contribute, but I am blindly committed to creating well considered and meaningful music. To a fault. It isn’t ever about control. It is about passion and believing fully in what you are creating. Wanting the music to be the best. I think there are very few actions humans do day to day that are genuine, meaningful, and positive. Making art or music is a thing we can do that is sincere, add good to the world, and act as a true expression of who we are and the value we have as a species.

Usually I am inspired by the strangest of human circumstances. The twisted stories and anomalies that occur in our world. I am also deeply moved by environmental issues.

In terms of musical influence, I love rotating through KEXP sessions and discovering bands.

I would absolutely die if I got to work on an album with David Longstreth of The Dirty Projecters. He has been my musical crush forever… to the point where I think I would be nervous to talk to him. It would be so cool to be a fly on the wall and get to see that band work. The music is ever-evolving, and so inspiring. I have mad respect.

My dad is from a small island called Mauritius, near Madagascar. The avocados are gigantic!

My overall goal musically is to continue the creation of socially reflective, and sonically exciting work. I believe that music lyrics are one of the most effective ways to influence peaceful change. It can move us subconsciously, physically, and also promote space for reflection. I hope to add something good to the world that is my own, in a climate where there is so much of the opposite.

Personally I dream of making music, going on tour more, working on solo recordings, and writing. It would be great to be at a sustainable place financially so I could really focus on my artistic craft.

I hope to be on tour! RALEIGH has exciting new music in the works, and in a perfect world I will be on the road supporting that project. I hope we are playing lots of summer festivals.

Even if this band is not on tour I hope I can be on the road playing music in some capacity, because there is no better way to adventure through life. Maybe with my pals Astral Swans, LT Lief, or working on something of my own.

After our awesome stint here in the UK, we head to Japan for the first time. I am psyched to see what performing there is like. We have lots of cool shows coming down the line, and new tunes in the works as well.