"I have a predominantly female-led team now for the first time in my career. I really enjoy the dynamic. We all have strong opinions but respect each other’s different approaches to things."

Taking control of her career from its earliest stages, Riva Taylor is a woman ready and willing to step into the spotlight, allowing her voice to be heard and talent to be shared with the world. Now returning with her brilliant new single Chaos Killed The Thrill, we caught up with the siinger to find out a little bit more about the track, filming the music video for the piece, and more. Read on to find out what she had to say... 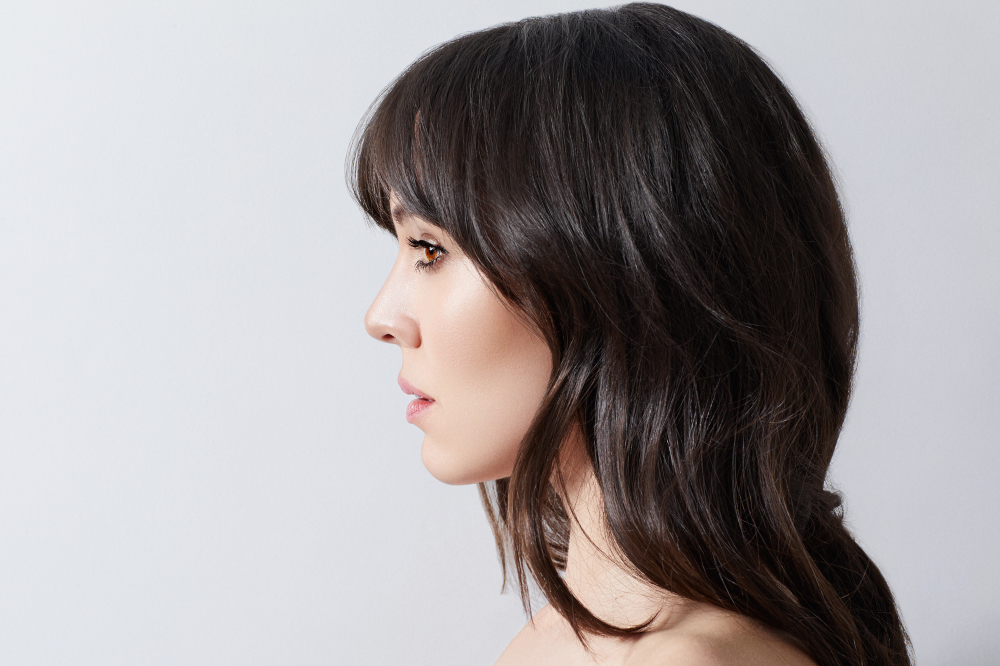 You recently dropped the music video for your new single Chaos Killed The Thrill; what was the experience like of filming the visuals for that track?

The day was so much fun! I loved having two backing dancers join me for the performance in a really big space. We seemed so small and insignificant when we were doing our thing but I think that created a powerful visual... We were filmed on a drone for part of the recording which was a first and I think the director captured a really cool dimension as a result.

How have you found the response to that single and the video?

People seem to be enjoying the video! I personally like it’s simplicity. I always like performing in big spaces and love to move. I’ve danced all my life so was keen to weave these ideas into the video. I hope we’ve accomplished it!

Can you tell us a little bit about your passion for music, and your earliest memories of music?

I’ve been singing and performing for as long as I can remember! My earliest memories usually involve me singing show tunes to the family in the garden (I started off my career on the West End stage at 7) and dancing to genesis and Kate Bush around the house.

In terms of performing, my most vivid memory was performing at awards day to the school and parents when I was 8. I made my teacher cry (I’m hoping with glee!) and remember that struck a chord with me and the fact that singing the right song in the right way can provoke such emotions in someone.

At 18 I took a natural pause from my career after spending 8 years with a major label. I decided to study at university for a few years. I missed making music a lot and while I still performed a little in that time it cemented to me that music needs to be central to my life.

Where do you draw influence and inspiration from when it comes to your material?

Oh that’s a tricky one! I’m always being inspired by what I see, hear and learn. A theme in one of Rupi Kaur’s poems (the poet and spoken word artist) for instance has been touched on in Chaos Killed The Thrill.

Places: I love to travel and I particularly love the United States. LA has become something of a second home to me and allowed me to spend time with some amazingly talented and successful musicians and producers. All have their own story of struggle, defiance and ultimate success on a global scale. It’s been amazing to hear their stories or working with the greats like Michael Jackson, Streisand and Beyoncé. The energy surrounding these people is that every musician is equal and anything is possible.

People: I think Lady Gaga’s musical and artistic parameters are fascinating and love that she can do both bold, mainstream pop but also nail a classic and collaborate with someone like Tony Bennett. I think Adele is amazing, I think she has shown us all that quality artists making great music can still break trough in a big and traditional way and sell albums in spite of so many changes in the industry and the way we all consume music now.

The industry's really going through some big changes, especially in regards to women and how they're treated; how have you found your own experience within this business?

You're right and its an exciting time. In fact the album is very much centred about female empowerment. I have a predominantly female-led team now for the first time in my career. I really enjoy the dynamic. We all have strong opinions but respect each other’s different approaches to things. With whoever I work with I always hope to achieve an honest working relationship where there is a mutual value of one another. An artist can only be as strong as the team around them.

What would you say are some of the biggest challenges about carving out your path in this industry?

I think one is certainly striking a balance between remaining current but also true to oneself. The focus of any label now is to hit mainstream radio and achieve streaming playlist placements to sell records at a time when music distribution has been made easier and we have so much music emerging. This will often mean altering a track length, instrumentation and sometimes even vocal technique to hit specific targets to be heard. I think a successful artist now is able to find the blend between retaining their own artistic originality and truth, and being accessible enough to connect with the current mainstream distribution and marketing vehicles to be heard (Spotify/social media and radio playlists).

If you could choose to collaborate with anybody - dead or alive - who would you choose and why?

I always find this one tricky! So many greats! Annie Lennox - she’s been such an inspiration musically for me for so long. I’d love to write and perform something with her. I recently witnessed her giving a speech on women’s rights at an event and it’s clear she is an amazingly clever and it became very obvious to me why she is so respected and loved.

Which artists have you been really enjoying lately?

I’m pleased to see Florence and the Machine is back with another album! I always find her writing interesting and enjoy her confident but non-intrusive vocal. I really enjoyed Tom Walkers single Leave A Light On. Looking forward to hearing what’s next from him!

I've been following Dua Lipa's career from the early stages. I think they’ve made a great album there and she’s a great artist with a cool, current yet different tone of voice. She’s also nailing it on social media which is sometimes a challenge for a credible artist to achieve.

How do you like to relax when you get time to wind down?

I love my fitness and yoga. And while the former isn’t always a wind down, it sets up my day great. When I'm relaxed that’s when I feel my most creative so I’ll often jot down some lyric ideas or sketch. I love art, and particularly drawing people. Oh and hanging with friends of course!

Finally, what's next for you in the coming months?

I couldn't be more excited for the release of the album, with a few more singles coming out before then! They're all very different! There are a few more music videos to record, and some exciting live opportunities in the pipeline - can't wait to see how the album comes together on the live stage.