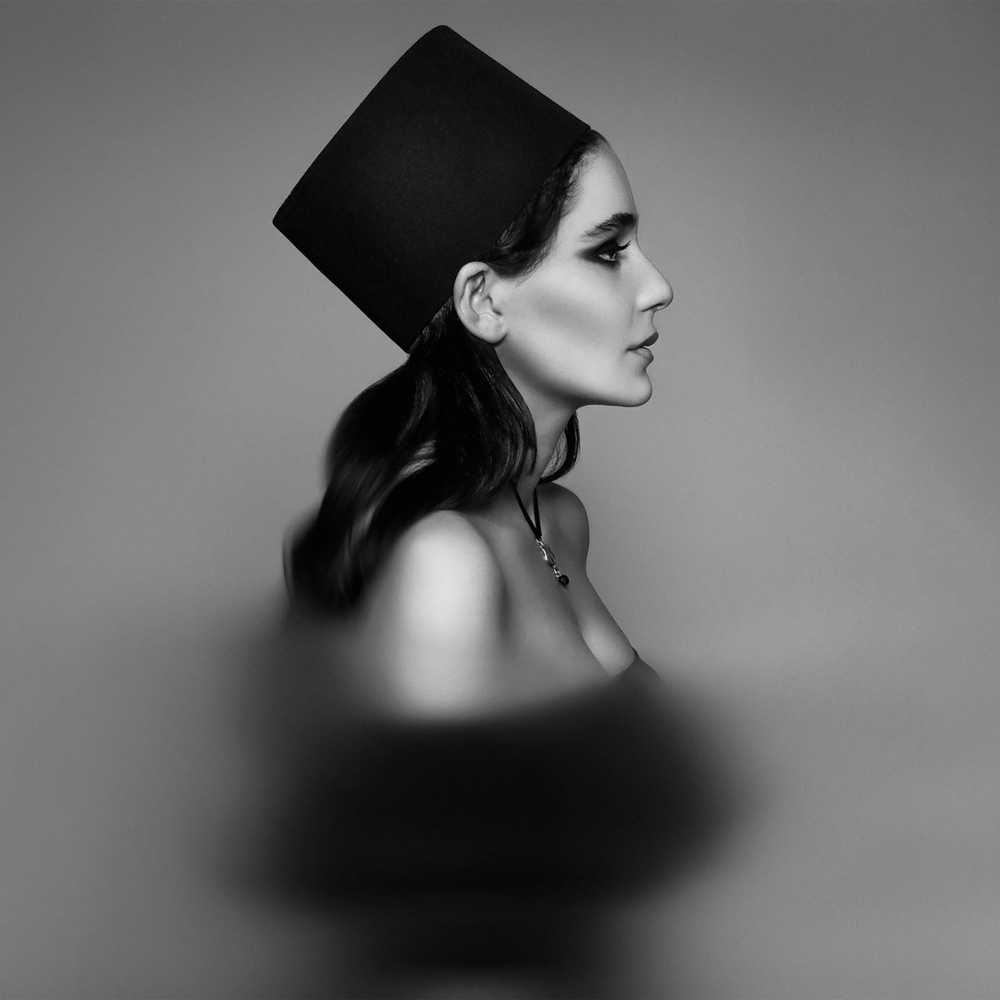 I would describe myself as a singer/songwriter with a point to make. Obviously I want people to enjoy my music but I truly hope it allows listeners to think at the same time and help them conjure new ideas and perspectives.

Has music always been a big part of your life?

Yes it has. I won my first singing competition when I was six-years-old and whenever I am doing anything I always need music to accompany it. Without music my life is dry. Music brings colour into my life.

What are some of your earliest memories of music?

When I was seven-years-old my mother bought three CDs; The Beatles, Elton John and Ray Charles. My favourite room in my house was the one with the least furniture and I used to dance with my little sister listening to these artists. 'Rocket Man' by Elton John was my favourite song to dance to back then and I still love it now.

How difficult would you say this industry is to make a name for yourself?

I think it is incredibly difficult as in any industry because there are a lot of very talented and professional singers everywhere. You have to be honest and tell people some very unique stories from your life to make a name of yourself and you need a team who believe in you to make this happen. It takes a huge amount of time, a huge amount of effort and unpaid work and also a lot of personal sacrifice to get somewhere. There is also an element of luck involved, too.

As a woman, how would you say females are treated in this business?

I think nowadays a lot of women are told to use their bodies to sell their music. The music can be boring and simple to catch people's attention and their videos intentionally explicit to make people watch and talk about the songs. Sex still sells and is used as much as possible by a lot of well-established recording female artists. It makes me disappointed to see that major labels like to promote teenagers with sex appeal more than artists trying to do something a little more interesting, and that a video with women in bikinis and muscular men using pneumatic drills gets so much attention so quickly.

Earlier this month you released your single 'Wayside' - how have you found the response to that?

The response has been overwhelming. I have had over 100,000 combined likes on Facebook already for it. The Telegraph premiered the video and there are also close to 10,000 YouTube viewings. As an artist I obviously feel very happy when my followers like my songs, especially when I am walking down the street and they start telling me their feelings about them.

'Wayside' has had a very positive impact with a lot of people all over the world and many have said that they can see themselves in the video. It seems that a lot of people can relate to it. They also say that after one listen they are humming the melodies and that it is very catchy. We had to put the lyrics in the YouTube description due to popular demand.

Your five-track EP 'Lost World' is out July 1 - can you tell us about the creative process behind that EP?

I'd been working on lyrics and harmonies for almost a year and needed to sit down with a producer who understood the ideas and creative vision of my music. I was in London singing anywhere and everywhere, carrying a laptop and an APC on my back and just knocking on doors, speaking to bar people and trying to get opportunities to sing.

At the same time I was staying in a warehouse community and a friend invited Jonathon Holder to come and say 'hello'. We had a jam together and he invited me round to his studio to record. We wrote one terrible track over about a week and I had to tell him that I didn't like it. So we scrapped it and started again, with a darker and more electronic sound. That became the title track, 'Lost World', and the others soon followed. I would sit at my computer putting together pads and rhythms whilst working on harmonies and new lyrics and would then take it to Jonathon, who would weave it into something more tangible as a song and we would polish them off from there with backing vocals, etc. We would then send them to Andrew Hunt for his input and mixing capabilities and they would just get better and better until we got something we were all really happy with, ready to be mastered at Abbey Road.

These became the final versions on the EP and took around two months to write and record. We were working very intensively every day and it was a lovely time in my life, despite being so poor in London.

My own personal experiences and feelings are a huge inspiration for me. I think you can only truly write about what you know. I also write about things which concern me in the world today and draw inspiration from the people I speak to, what I read in the newspapers and what I see day-to-day at home and abroad. This is the essence of the EP.

'Horizon' was written after I spoke to a friend who was really depressed, so I decided to write a song to make people feel happier and finish the EP on a positive note. We are currently working on a song called 'No Peace' about people locked away in prison.

How important is creative control to you when it comes to your work?

It is everything to me. I cannot sing something I don't like as it always comes across fake. You have to sing from your heart and that means you have to believe in what you are singing. I was offered a rather lucrative backing vocal for a very well-known and established artist from the United States. I had to turn it down as I did not like the song and was not willing to commit myself to it fully.

If you could collaborate with anybody on new material, who would you choose and why?

Kieran Hebdon AKA Fourtet, because I truly love the feeling in his music. There is a magic in it. It is beautiful and always makes me feel like the sun coming up. I also loved his live show at the Roundhouse in London last year. Him and Thom Yorke for obvious reasons. Also, my hero, Janis Joplin, if she was still alive.

Finally, what else should we expect from you in the coming weeks?

I am performing at the Black Sea Jazz Festival on July 21. This is very special for me as there are hugely respected artists playing at this event and it is also in my home country, The Republic of Georgia. I will be performing after The Prodigy who I am also hugely excited to see perform.

I would also hope that you continue to hear radio playout of the single 'Wayside' and that more people start to take notice of what I am doing now. The EP 'Lost World' is released on July 1 and I am very excited to hear what people think of it. I truly hope that everyone who listens to it enjoys it.