You formed Symmetry back in 2013, how would you say things have developed since then? 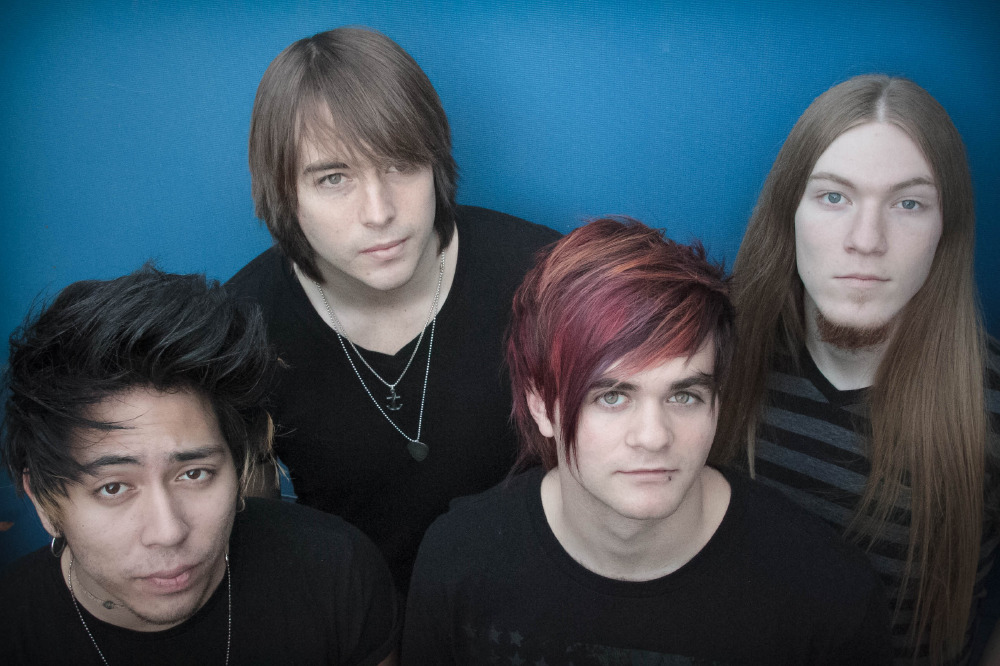 Symmetry has grown so much since its creation! As musicians, we are constantly recreating ourselves and thinking of new ideas for our projects, so naturally we've had many new developments. We have been fortunate enough to work with many great people to further our growth in every way. We've written so much music before we found the sound that we could truly call our own, until now. I feel that was the biggest part in the bands growth, because without a specific sound or vibe, we would've had a hard time figuring out where we belonged in the music world.

For those who haven't yet heard your music or sound, how best would you describe what you do?

We want everyone to be having a good time with our music, whether it be at one of our shows or rocking out in their car. We touch on genres like alternative and Popular top 40s, but at the same time we appreciate so many different types of genres and styles of music, therefore we put our own little twist on it to give it that Symmetry sound.

How difficult is the music industry in the sense of carving out a career and finding your way?

In this day in age, it's extremely difficult. It's so important to have a very specific game plan and to know the goals you're trying to achieve. Half of the battle is finding and utilizing the right contacts. That in itself is probably the hardest part of a musicians career! Especially as an LA band, we have met and worked with so many people, because everyone out here is in the "biz" or "knows someone". All that aside, it comes down to us, the band, and how willing and dedicated we are to putting in the work that is necessary. Whether it be writing sessions, late night rehearsals, or constant networking- we have always had the drive to do whatever it takes.

With some great support already picked up in America, what's the next step?

We are currently working towards finalizing a U.S.A. tour when we return from the U.K. Spring is looking good.

Do you have definitive goals and aims for your career or are you very much going with the flow?

We like to be fairly organized as a band, and we often talk about the goals we want to reach and how we are going to accomplish them. However, we don't try to force anything and we understand that everything isn't always in our control. It's really just about finding the balance between preparation and opportunity.

What was the experience like of touring the UK last year with Room 94?

It was amazing! As a band it was our first UK tour, so we just fell in love with everything and everyone over there. All the shows were amazing, and gave us the tour experience we needed as a band. All of the people we met were awesome as well. Room 94 was the best band for us to join on tour in so many ways and they're all really great guys. We now have this awesome, long distance band friendship through social media. We couldn't have asked for a better experience, and we can't wait to go back!

You're touring the UK later this month and into March - what should fans coming to those dates expect?

They should definitely be ready to have a good time with us Americans. We are going to be playing lots of new music, and we definitely want to interact with all fans and friends- new and old.

What have been some of your favourite moments in your career to-date?

There's never really a dull moment with Symmetry, and that makes for a lot of good times. Whether it be playing music, or just hanging out at the beach, we are always having a good time with each other. However, playing the Koko in London is definitely one of our favorite moments. The venue was so amazing, and we had all heard so much about it before coming to the UK. It was pretty surreal playing the show and being on that stage.

Finally, what should we expect from Symmetry going forward?

New music, tours, social media content, and much more. 2015 is going to be a big year for us, and we don't plan on slowing down anytime soon.

Symmetry are embarking on tour with Room 94 later this year at the following dates: