As the brainchild of Etan Salomon and Itai Shitrit, Tetish have been members of the local Tel-Aviv music scene for some time now, but it wasn't until the end of 2014 that the pair discovered they were able to take one another's material to another level. 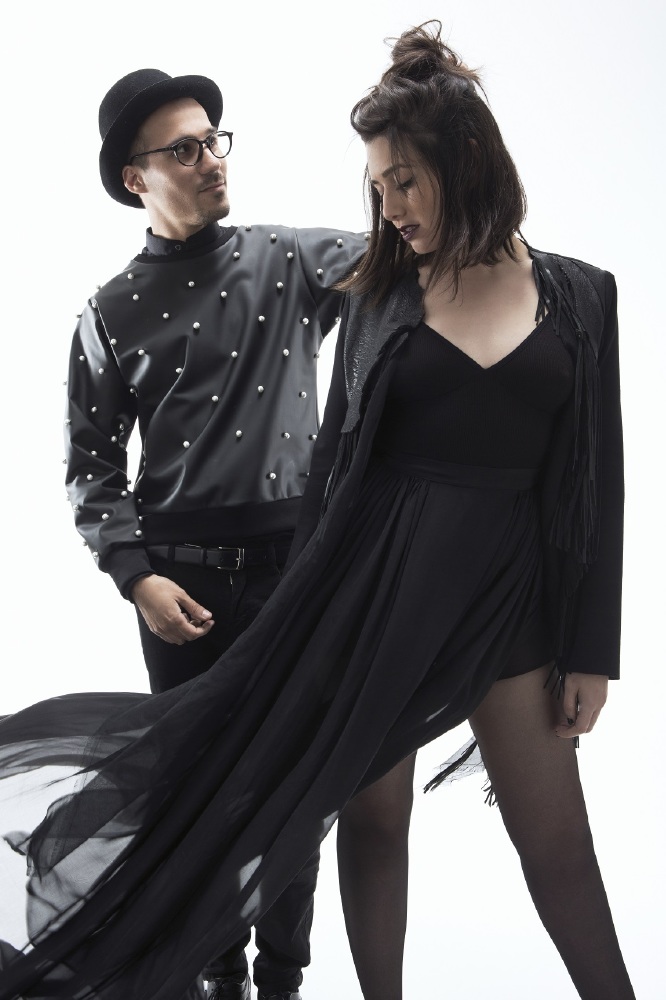 Gearing up for the release of their debut self-titled album later this year, we caught some time with Etan to find out more about the group's music, future and more...

We describe our genre as Electro Power Pop. We have a very powerful and 'live' vibe, with a lead singer and songs which are very pop-oriented. Top that with a lot of electronic sounds and synths, and you'll get Electro Power Pop!

We've had a lot of challenges. But this is a challenging industry, so we choose to look at them as opportunities. We are currently based in Tel-Aviv, so making any opportunity that we came across happen, was challenging.

Being challenged does mean you're moving forward though, rather than staying in one place. When we didn't have the money to record our album, we decided to launch a crowdfunding campaign. That was very challenging, but helped us gather a group of involved people that pre-bought our album and love our music. It always leads to the next challenge, but it's important to notice all the benefits on the way.

Taking a career path as a musician in this era, is amazing and difficult at the same time. On one hand, you have the ability to reach out to the audience that will really relate to your music, even if they're in a different continent. On the other hand, there are so many amazing musicians, sometimes it seems endless and you start thinking how to defer yourself from the world. After a while you realise the only way to do that is just to be true to yourself artistically and musicially, work really, really hard, 'zoom out' for a little perspective every once in a while and enjoy what you do. We believe that's the way to truly relate to the people who need to hear you, and your name will build itself.

We are both control freaks, but Tetish started spontaneously, kind of like a creative outburst. We've been friends for a long time and worked together on lots of projects. Even we were amazed we could still surprise each other. So, we'd say that it was essential for us to honour this process, and we've learned a lot from it. We have to listen to our instincts when we play and when we write.

Musicially we draw a lot of inspiration from forces of nature, and use them a lot metaphorically in our lyrics.

We would love to collaborate with St. Vincent, we think she's brilliant in all aspects; songwriting, musical production, style and visuals.

My mother is an actress (Nitza Saul) that starred in famous English television series, like EastEnders and Dr. Who during the 80s.

We don't want to sound like a cliché, but our most definitive goal is certainly reaching out and connecting with as many people as we can through our music. We want to record a lot, but also have a great passion for playing live, and want to do it all day and all night.

We hope next year more people will know our name, maybe even a song or two. We'll probably be planning the summer, hopefully record our next album.

Our debut single will be released in the UK on July 10. After that we're planning to release some more songs and a video, so you can expect a lot of web activity! You can also catch us live in WOMAD UK this year, and in shows in London, Manchester, Brighton and more cities that will be announced soon. The best thing will be to follow us on Facebook (www.facebook.com/tetishmusic) or Twitter (@TetishMusic) to get all the updates!