There's something exciting about a band who like to keep their identities a secret. It means that they're not doing this for the fame or the glory, but simply because they love creating music. 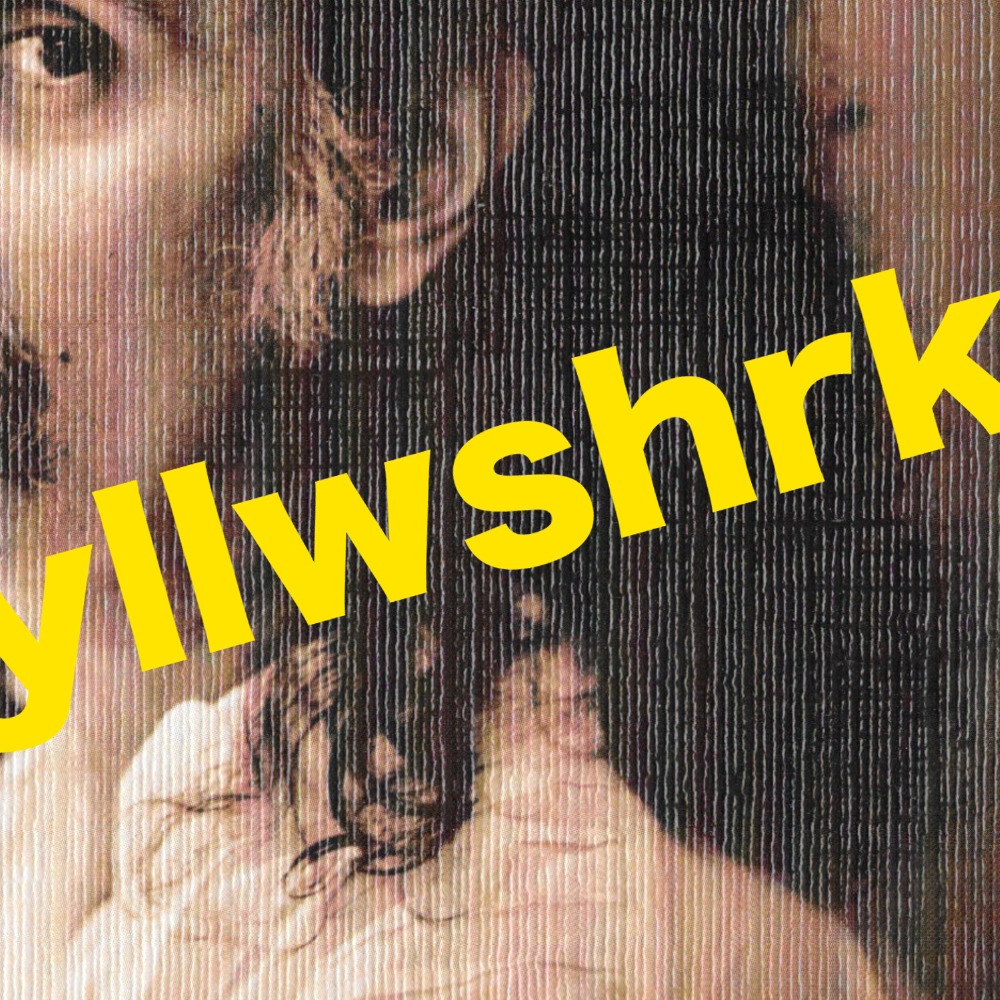 We got the opportunity to chat to Ian Anderson of the new group yllwshrk all about their sound, career so far and much more. Read on to find out what he had to say...

For those new to your music, how best would you describe your sound?

Our music is quite dark and intense, so don't expect any feel-good party numbers. But I hope our music is ultimately uplifting and rewarding, and I don't think there's too much other stuff like it around at the moment, for better or worse. For rock music we use a lot of unusual harmonies. Our philosophy is that straight-up major or minor chords should be used only in exceptional circumstances!

We've only been going as a band since January of this year, so as a band we're still in the first push of creativity. So far it seems to be going ok, albeit in small increments.

But as a musician I've experienced all manner of challenges and set backs. I've done countless auditions for orchestras and ensembles, and I've entered many competitions, and the vast majority of these end up with rejection. In the classical music world you quickly become accustomed to failure and I've developed a way of just letting go and moving on. I'm sure that with yllwshrk we will experience countless disappointments and rejections. At least I'm prepared for them!

It's very difficult - there's so much competition out there, so to get your music heard in such a crowded marketplace is very difficult. But we do believe that we have a different voice to the majority of stuff out there, although I'm sure most bands think that of their own music! So we're hopeful that we can carve a niche for ourselves.

How important is it for you to have creative control over the work you proudce?

There's different types of control when it comes to making music. If you work with fantastic musicians who you trust and who inspire you, it's a matter of giving them a framework to experiment in. Of course there's moments where you don't agree with something someone is doing, but the important thing is to be not too precious about your music, and to allow your songs to be moulded in directions you never considered when writing. That's something I've certainly got better at over the years.

As a band, I don't think we'll be able to work without ultimate control of the shape of the songs and the albums/EPs. But at the moment this isn't an issue as we're doing everything ourselves!

Anything and everything. Each song needs an initial focus from which it develops and this can be a musical focus or a more conceptual focus, which can come from novels, news articles, politics, visual art, or personal experience. You just need something to hang the song on, to go 'yes I know the identity of this song', and until you find that identity, the song will be a bit aimless.

One of the most inspiring things I find is going to see great, more successful bands or artists. That mixture of awe and jealousy can be a fantastic cocktail...

I've been extremely lucky and have already worked with some of my musical idols. I play viola with the London Contemporary Orchestra and with them have toured with Jonny Greenwood performing his contemporary classical chamber music with him. As a result of that I also played viola on Radiohead's latest album 'A Moon Shaped Pool', which was one of the most surreal and amazing experiences I've had. Beforehand I was terrified that it would be a massive let down, but from the start it was just sheer joy. Getting to see how they work and experiment in the studio was so inspiring, and it's opened my mind to techniques and ways of building up a song. But that wasn't collaboration - that was just getting to play with them.

I have my musical heroes who in some ways I would love to collaborate with, but in general I don't think musical collaborations work too well. Think Paul McCartney and Michael Jackson. Or Paul McCartney and Stevie Wonder. Queen and Bowie was ok, but it's nowhere near either of their best work. As soon as you have two people who equal claim on songwriting, then neither of them can fully follow their own vision and the music suffers.

A couple of years ago I started playing with the orchestra of Scottish Ballet, which properly exposed me to the world of dance - both classical and contemporary. I would love to do a big project involving dance. In Scottish Ballet, one of the dancers - Sophie Laplane - is a fantastic choreographer. We're making a video for our upcoming single 'Northern Soul', and I tried to get her involved, but unfortunately schedules didn't work out. Hopefully in the future we can do something together.

I wrote my first - and only - symphony when I was 12. It was 30 minutes long and the whole thing was in C minor and intensely boring. Like very bad film music. Or Hans Zimmer. I still have the music somewhere on my computer, but I won't be trying to get it played anytime soon...

There's a dearth of really innovative alt-rock bands at the moment, so there's definitely a space there. Whether we are able to fill that remains to be seen but that's definitely our aim.

Jonny Greenwood has the perfect career at the moment, combining his work with Radiohead with contemporary classical composition for films and orchestras. Working in both fields of music is very important to me, as I couldn't live without either. So that's the ultimate goal. Might as well aim high…

We're just taking it as it comes, not putting too much pressure on ourselves. We've only been going since January, after all. But this time next year we hope to be playing festivals and working towards our first full album.

Our first single, 'Northern Soul', will be released on June 24, followed by our 3-track EP on July 22. We are in the process of making a video for our single so hopefully that will be finished soon too.