by Simon Thompson Morten Harket was a poster boy for a generation of screaming girls. Those girls included acne-ridden teenagers right through to blue-rinsed grandmothers who couldn’t resist his fresh-faced charms and silky vocal stylings. Now, 21 years after their first hit, Morten and the other members of A-Ha - Magne Furuholmen and Paal Waaktaar - are back. And again, they are poster boys for a generation, but this time it’s the daughters of those acne-ridden teenagers and blue-rinsed great grandmothers. Morten, now 47-years-old, is still fresh faced, still has his silky style but now he has a fifth of a century of fond memories after a career that has taken him from Oslo to New York, London to Sesame Street. However, things could have been very different. Morten wanted to be a priest, but stopped his studies at the Theological Faculty in order to practice with a group called Bridges. But in 1983, he teamed up with Magne and Paal, created the group A-Ha. The video for 'Take on Me' took the world by storm and the single went to the top of the US Billboard charts - making them the first Norwegian group to ever achieve that accolade. However, Morten is not just about music. Over the years he has tried everything from conservation work to film making and painting to orchids. But after years of musical silence, 2005 saw the release of A-Ha’s eighth studio album, ‘Analogue’, and massive worldwide tour. ‘Analogue’ is their most mature album to date, however, they haven’t turned their back on their pop past. On songs like the title track ‘Analogue’ or second single, ‘Cozy Prisons’, plinking synths have been replaced with soaring sophisticated string sequences, but the catchy riffs and addictively sing along choruses are all intact. Morten confesses: "It feels very different now. We're signed to Universal, it's new to us and that has an effect on a number of things. In a way you get a chance to start all over. Between the three of us, we're in a process of change that we're somewhere in the midst of. There are so many variables between the three of us that are essentially strong assets, but they have to freely come into play." And he admits he’s even more excited about the future than he was when they were at the peak of the fame in the 80s. He revealed: "It's been a lot easier for us because we are just who we are today. I like the fact that we are about something a little different. What I find interesting about life is the ever-changing mood, and that nothing really can stay the same, you have to play with it and respond. This can be a very interesting line of work to be in.”

And as Morten tells Simon Thompson when they met up for drinks in London’s trendy Soho, the band have no intention of taking anything for granted, or forgetting why they’re still around.

When you started your comeback, was it a surprise to find out you still had so many fans?

In one sense it was a surprise because you don’t expect that you will. People grow up and start to like different things. It’s very heart warming. We are always making music, so no matter when people find us, they’ll find the same sort of sound. As long as they find us it’s fine. We have picked up a lot of new fans too, but we haven’t changed.

It’s been 20 years since your peak and you’re still having hits. Did you ever think that would happen?

Yes and no. It’s because we’re not a group of people, we’re all individuals who just write, play and sing music. It’s nothing flashy so it doesn’t really date. We have never tried to fit into, or go along with, the trend of the time. If people want to still buy our records 20 years on that’s great. If not, then so be it. We’ve never been entertainers, we’re musicians. Robbie Williams is an entertainer and he’s great at that. We just play music.

Your live shows are very basic. You show up, play your songs and go home.

It’s because that’s who we are and that’s what people want. For us, the shows have to be honest and real. That’s where we’re at. When we got back together - we didn’t plan it. It just happened, we just stumbled across each other and it happened. The music that we do now is not trying to recreate or look back at what we did then in the 80s. People who like what we did then might not like what we do now and vice versa. There is no difference in what we do now and then… we’ve just got a bit older.

Looking back though, what do you think about your first album now?

The first album came out when the three of us hit England and we were picked up by people who, in the industry, saw this band of young men waiting to be marketed like chocolate. Our music was much more affected by outside influences - it was a case of us doing what the record label wanted. The second one was more us, more like an album of demos. So, the first album is one of the most affected albums, but we’re still tremendously proud of it and what it did for us.

If you’d have put out the second album first, do you think things would have turned out differently?

No, I think it would have been the same, but we wouldn’t have exploded onto the scene like we did. It would have been more of a slow burning thing. It would have given us an ability to enter the scene at some level and work it from there. As it happened, we went in at the top and worked hard to stay there.
MIX SHARE SHARE TWEET 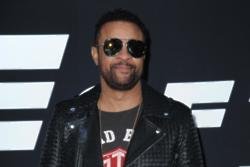 Shaggy's daughter teases him over being more 'popular' than him 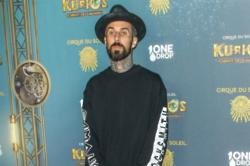 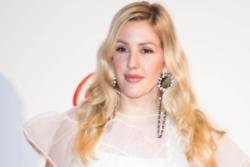