Bret Michaels' Memorial Day celebrations were tinged with sadness on Monday (28May12) after he learned a young fan had lost her battle withcancer while he was receiving an honour in North Carolina.

The Poison frontman was filled with pride as he was presented with a key to the city of Hickory by Mayor Rudy Wright, but his joyful mood soon changed to that of sadness after he heard about the passing of Ava Holder.

Michaels met the sick four year old, who suffered from neuroblastoma - an incurable and rare form of the disease, last week (ends27May12), while attending his daughter Jorja's All Star Ascend Fun Run school event, andhe immediately reached out to fans online to help boost funds for charity and raise awareness about the illness.

However, the child didn't survive and the singer has been left heartbroken by her loss.

Paying tribute to Holder in a post on his website, he writes, "Memorial day will always be bittersweet for many reasons. Last night 835pm pacific time Ava Holder passed away at almost the same time I was on stage receiving the key to the city of Hickory, NC from the Mayor.

"It is moments like this that I search to find balance in my soul. It is why I live by this prayer....

'God grant me the serenity to accept the things I cannot change; courage to change the things I can; and wisdom toknow the difference.' I am still searching for the wisdom". 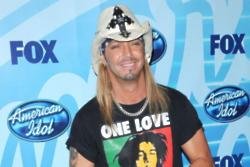 Bret Michaels went on The Masked Singer for his kids 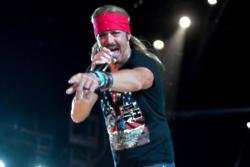