Dreamgirls Star Hudson Dreams Of Houston Duet.... Oscar-nominated Dreamgirls star Jennifer Hudson is getting so many floral tributes from her famous fans she's thinking of how to preserve the pretty gifts.Halle Berry, Alicia Keys and Whitney Houston have been among the big names offering the singer their support as she gets ready to battle for a Best Support Actress Oscar later this month (25Feb07).Hudson says, "It's all so overwhelming. I'd like to find a way of keeping this special time special."And she's hoping the messages and gifts from Houston will lead to a chance to duet with the diva.She adds, "I would love to do a duet with Whitney Houston. That would be a dream for me."And that dream just could come true - Hudson starts work on her first album next month (Mar07) with music mogul Clive Davis, Houston's longtime mentor. 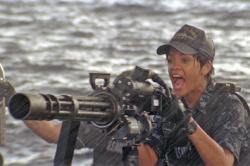 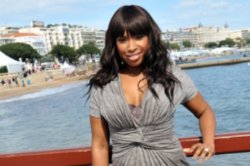