MERCURY TO BE HONOURED AT FAMILY HOMERockers QUEEN and fans from all over the world are expected to gather at FREDDIE MERCURY's British family home to pay tribute to the band's late frontman at the unveiling of a plaque in his honour.The HERITAGE FOUNDATION have invited Queen stars BRIAN MAY, ROGER TAYLOR, JOHN DEACON and Mercury's replacement PAUL RODGERS to the erection of the prestigious tribute at Mercury's childhood house in Feltham, Middlesex.The foundation, whose president is rocker RICK WAKEMAN, felt Mercury's legendary songs, performances, legacy and valiant battle with AIDS made him deserving of the honour.Heritage Foundation spokesman DAVID GRAHAM says, "We felt it was right to choose the place where Freddie spent his youth. We're expecting people from all over the world of music." 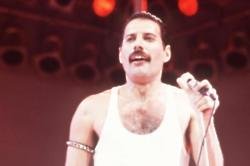 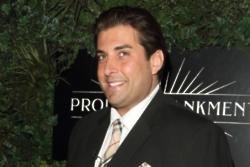 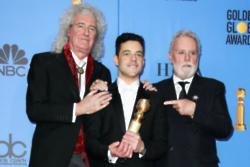 Brian May dashes hopes for a Bohemian Rhapsody sequel