Jailed George Michael is taking legal action against editors of a British tabloid over reports alleging the singer has been boozing behind bars and was bullied by fellow inmates.

The Sunday Mirror published an article over the weekend (02-03Oct10) claiming the former Wham! star had been threatened by inmates at London's tough Pentonville jail, where he was sent last month (Sep10) to serve time for drug-related charges.

On the contrary, I have been treated with kindness byfellow in-mates and prison staff alike and as far as I can tell, have received no special treatment of any kind whatsoever

He has since been moved to Highpoint Prison in Suffolk, England, where editors at the newspaper alleged Michael had befriended a "violent robber", who was protecting him from reported bullies.

They also claimed he had been drinking "prison hooch" to get drunk, before stripping off and walking around "completely naked".

But Michael has been left fuming by the report, and has instructed his legal team to take the publication's bosses to court.

In a statement released on Sunday (03Oct10), the star says, "Much as I would prefer to rise above the usual rubbish that I'm reading day after day about my time here in prison, I think it's only fair to my fans, family and friends to respond i

n some way, even though I will be home soon. "Please believe me when I tell you that in the last three weeks there have been no tears, no anxiety, no bullying, in fact not so much as a sleepless night for me.

On the contrary, I have been treated with kindness byfellow in-mates and prison staff alike and as far as I can tell, have received no special treatment of any kind whatsoever.

"Most of my days have been spent reading thousands of letters and postcards of incredible support from people around the world. I promise to repay their kindness with new music as soon as I possibly can, and as far asrunning around this place "naked" and "drunk" on

"Hooch" with an inmate for a bodyguard, let's just say that the Sunday Mirror will be hearing from my lawyers very shortly. With Love always, George Michael".

The 55 year old was sentenced to eight weeks behind bars for possessionof cannabis and driving under the influence of drugs following an accident in London in July (10), when he crashed into a shopfront near his homein the city. 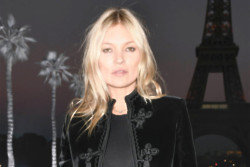 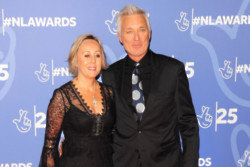 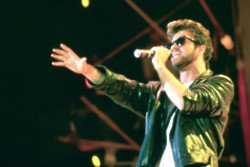