Pulp Will Not Release New Material

Jarvis Cocker has ruled out making any new material with Pulp.

"No, it was a big enough challenge to learn how to play all the old songs and, hopefully, perform them in a convincing way"

The Common People hitmakers got back together in May, 2011 for a string of shows, including sets at U.K. music festivals including Glastonbury.

Cocker hinted earlier this year that the comeback had run its course, and now he confirms the band has no plans to get back into the studio for a new album and will wrap up their reunion after a special festive show in their hometown of Sheffield, England next month.

Asked if they will record new songs in the future, Cocker replied, "No, it was a big enough challenge to learn how to play all the old songs and, hopefully, perform them in a convincing way.

"It also means you aren't trying to flog (sell) anything to anyone - then you have to do interviews and convince people they have to go and buy this new record as well! It was kinda nice not to have to do that.

"We haven't got anything planned after the New Year... we'll just be cruising off into the sunset. Seems poetic.

"Not wishing to make a big deal, but we've played for a while and it's been really good, but you can't keep doing that forever. Will you see Pulp again? Who knows. I'm not stoking those particular rumours". 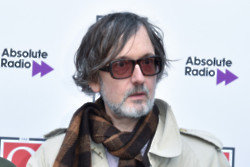 Pulp will reunite for a series of shows in 2023 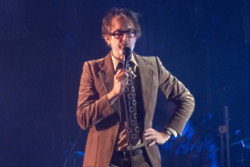