Jay-Z And Damon Dash Slapped With $15million Lawsuit.... Jay-Z And Dash Stunned By $15 Million Lawsuit A Philadelphia author is suing rapper Shawn 'Jay-Z' Carter and his former business partner Damon Dash for $15 million (£7.5 million), claiming they stole the concept for their movie State Property from his book.In the lawsuit, filed in New York's Manhattan Federal Court earlier this month (May07), Antonne Jones accuses the duo of using his novel The Family: A Philadelphia Story as the basis for the 2002 film without his permission.Jones claims he had been in negotiations with Carter and Dash - whose record label Roc-A-Fella was behind State Property - in 1998, but they snubbed his request of $500,000 (£250,000) for the rights of his book, and offered him $50,000 (£25,000) instead. The writer refused the offer and never heard from them again, reports AllHipHop.com.State Property starred rapper Beanie Sigel as a member of rap collective Abm, a group which attempts to rule Philadelphia's drug trade.Jones alleges the storyline bears a significant resemblance to his novel, which centres around "four men seeking 'ghetto glory' - money, power and fame".He is seeking $15 million in damages from Carter, Dash and the movie's distributors, Lions Gate.State Property took over $2 million (£1 million) at the U.S. box office following its January 2002 release.
MIX SHARE SHARE TWEET PIN 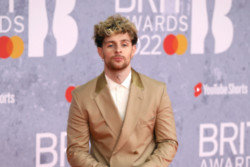 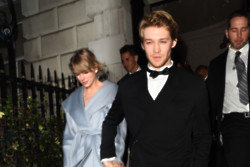