Former L.F.O. frontman Rich Cronin has spoken out about his failed fling with actress Jennifer Love Hewitt - insisting he was "the girl" in their relationship.The singer, whose band had a hit with Summer Girl, dated the Ghost Whisperer actress for two years and admits he expected to spend the rest of his life with the star.But he was left devastated after he found out Hewitt had given a ring to 98 Degrees singer Jeff Timmons - the same gift she had bestowed upon him.Speaking on Howard Stern's radio show, Cronin says, "She gave me a ring. She goes, 'Listen, I want to marry you. We're going to be together forever'."(Then) Jeff goes, 'Hey, you and me have something in common... Jennifer Love Hewitt'. I had always asked her about that. 'Did you ever get with this guy?' (And she was like) 'No, no, no.' "So when that happened, I was lost. This was two years ago. It was rough, man."And Cronin - now a successful songwriter - was dealt another blow by the actress, when he read in U.S. tabloid Us Weekly that she allegedly had been dating a string of men behind his back.He explains, "She was in New York doing a movie, and I get a phone call from someone at my record company. They go, 'Rich, get Us Weekly. It just came out.' (I'm thinking) maybe there is something cool about me."No, it was a f**king thing about Jennifer Love Hewitt in New York City... with seven guys.

I had always asked her about that

"I was on the bed having a panic attack, so I called her up and was like, 'Do you have something to say to me?'. I was the girl in this relationship.

"And she goes, 'Listen, don't you f**king call me up like this when I am at work. If you believe that bulls**t, shame on you.' She hung up."

Hewitt recently split from fiance Ross McCall, but they are "working things out", according to the Scottish actor. 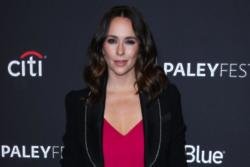 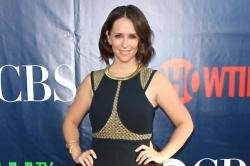 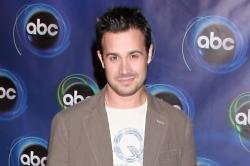