The Kinks rocker Ray Davies is refusing to watch the new James Bond movie because he is convinced Daniel Craig is not tall enough to play the superspy.

"I'm still into schoolboy adventure with heroes and villains, that's what James Bond is. They're trying to make him psychological... It doesn't interest me".

British actor Craig has played the fictional hero in three movies, and his last outing, Skyfall, has become the first Bond film ever to break the $1 billion mark at the global box office.

Craig came under fire from Bond fans over his diminutive stature when he was initially hired for the job, and 007 enthusiast Davies is adamant the five feet, 10 inches (1.78 metres) tall actor is too short to play the legendary character - so he has vowed to boycott the franchise until a more convincing star is cast.

Davies also accuses Bond bosses of moving the franchise too far away from its roots, adding, "It's become corporate. You've always got the feeling with James Bond before that it's a few little, bad gadgets. Now it's too technical.

"I'm still into schoolboy adventure with heroes and villains, that's what James Bond is. They're trying to make him psychological... It doesn't interest me". 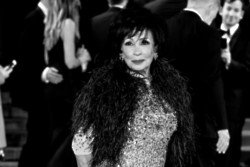 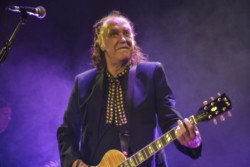 Kinks reunion hope as Dave Davies is 'optimistic' about the future

Dave Davies: Aliens banned me from having sex