Fans of British rockers The Dandy Warhols are forcing them to keep a promise they made in a 2003 song, that they'd cover the Beatles track Blackbird "when Michael Jackson dies".

Rocker Peter Holmstrom completely forgot about the vow, which the band included in the lyrics of Welcome to the Monkey House - until fans inundated them with reminders, immediately after Jackson died on 25 June (09).

He insists they'll be hitting the studio soon to create their take on the classic track.

Holmstrom tells Nme.com, "It's so bizarre - I never thought we'd be doing it this soon. We were flooded with texts within an hour of (Jackson's) death". 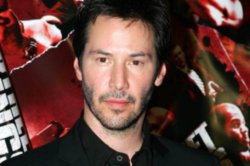