Original Van Halen bassist Michael Anthony has explained why he isn't touring on the reunited rockers' upcoming tour - he wasn't asked.Van Halen recently confirmed plans to tour North American with singer David Lee Roth for the first time since 1985.The band's original line-up - Roth, Eddie Van Halen and Alex Van Halen - have reunited, but bass player Anthony was left out of plans, and has been replaced by Eddie's 16-year-old son Wolfgang.But Anthony is still hitting the road this autumn (07) - as a member of The Other Half, which includes Sammy Hagar, the singer who replaced Roth in Van Halen in 1985.Writing on his website, Anthony states, "I'm going out with Sammy because I was not invited to do the (Van Halen) tour."Sammy told me that if I was asked to be part of the VH tour and decided to do it, it would be totally cool, and it would not tarnish our friendship in the least. Well, it's not to be, and life goes on."But Anthony refuses to be bitter about the fact he has been replaced by a teenager, urging Van Halen fans to support Eddie's son, who he calls "a great kid".He adds, "Don't judge him too harshly - I'm sure he'll do just fine."

Van Halen kick off their reunion tour in Charlotte, North Carolina on 27 September (07). 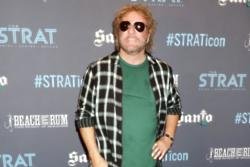 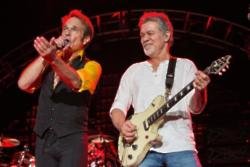 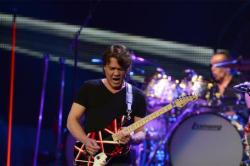