Wes Anderson And Owen Wilson Have Parents to Thank for Success

and we started working on Bottle Rocket as a feature script

Director Wes Anderson and his actor pal Owen Wilson have their parents to thank for all their success - each borrowed $2,000 from their fathers to make their first movie together, BOTTLE ROCKET.

The pair met during their college years and after discovering a common love of cinema, decided to try to make it big in Hollywood together.

Anderson and the Wedding Crashers funnyman then asked their parents for cash to fund their plans for Bottle Rocket - which came out in 1994 and served as the directorial and film debut for both stars.

Anderson recalls to The Hollywood Reporter, "Owen and I had a mutual friend who had gone to my school in Houston (Texas) and had subsequently gone to military school with Owen in New Mexico, and we knew about each other through him. We met without him introducing us, because we were in a class together - a playwriting class - and we never spoke during the class, but, at the end of it, we, sort of, realized that we were the people who our friend knew... We were both writing short stories, and we started showing them to each other and getting help from each other with them... and we started working on Bottle Rocket as a feature script... "We started trying to film it as a feature with some money from our fathers - we each borrowed $2,000 - and we sort of ran out of money, and it became a short". The two ended up getting support from producers Polly Platt and Jim Brooks to extend the movie into a full-length film, which came out two years later and launched their careers. 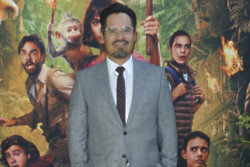 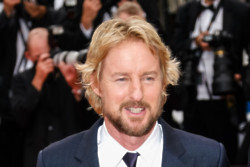