Aerosmith have issued a statement after the band's drummer Joey Kramer filed a lawsuit against them for allegedly not allowing him to perform due to a "minor" injury.

Aerosmith have responded after drummer Joey Kramer sued them for not letting him perform with them. 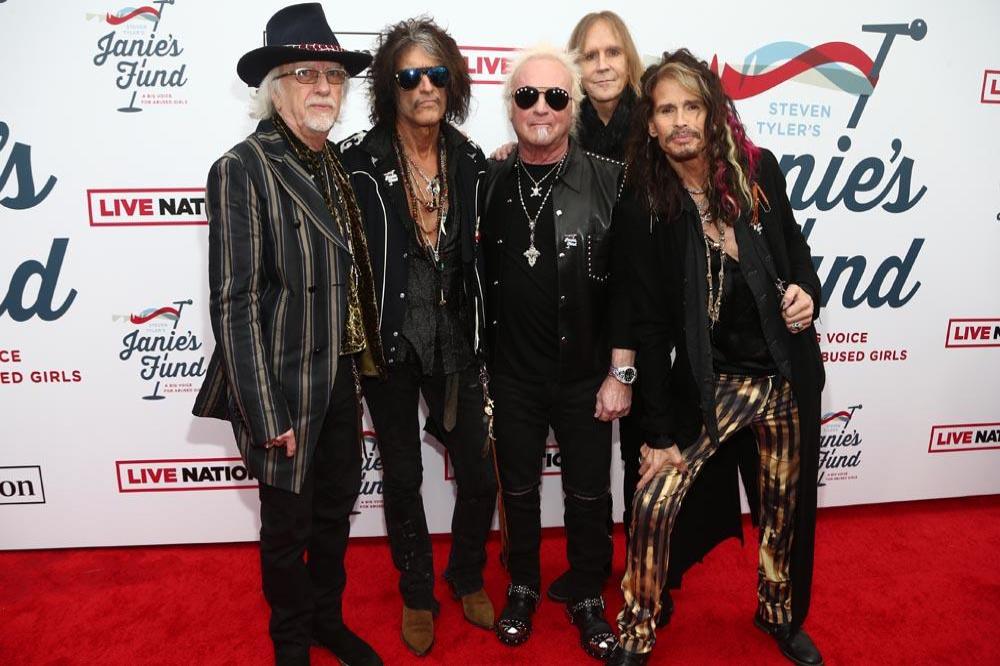 Steven Tyler and co are due to hit the stage for the Grammys on January 27 and be honoured and perform at the MusiCares Person of the Year benefit concert this week, and the 69-year-old sticksman has filed a lawsuit against his bandmates and claimed he's being "deprived" of the chance to be recognised alongside the 'Dream On' hitmakers at the ceremonies.

TMZ reports that Joey was forced to miss out on some of the band's dates on their 'Deuces Are Wild' Las Vegas residency due to a "minor" shoulder injury, with drum technician John Douglas stepping in for him.

Joey claims that he had to audition to show he was "able to play at an appropriate level", and claimed he was told he "did not have enough 'energy' in the recordings."

The group has subsequently decided that Joey will no longer perform at the Grammys, MusiCares show and the next part of their residency.

The 'Crazy' hitmakers responded to Joey's lawsuit and insisted they do not feel their "brother" is "emotionally and physically able to perform with the band".

They explained that they had "encouraged" their bandmate to return to the group, but they didn't have enough time to rehearse with him for the Grammys.

They told People: "Joey Kramer is our brother; his well-being is of paramount importance to us.

"However, he has not been emotionally and physically able to perform with the band, by his own admission, for the last six months.

"We have missed him and have encouraged him to rejoin us to play many times but apparently he has not felt ready to do so.

"Joey has now waited until the last moment to accept our invitation, when we unfortunately have no time for necessary rehearsals during Grammys week.

"We would be doing a disservice to him, to ourselves and to our fans to have him play without adequate time to prepare and rehearse.

"Compounding this, he chose to file a lawsuit on the Friday night of the holiday weekend preceding the Grammys with total disregard for what is our limited window to prepare to perform these important events.

"Given his decisions he is unfortunately unable to perform but of course we have invited him to be with us for both the Grammys and our MusiCares honour. We are bonded together by much more than our time on stage."

The musician has insisted he's not taking legal action for the cash and admitted he is extremely upset and just wants to get back to playing with the band.

In a statement, he said: "Ever since I was 14 years old, I had a set of drumsticks in my hand and a passion to create music. Being prohibited from playing with a band that I have given 50 years of my life to supporting, is beyond devastating.

"This is not about money. I am being deprived of the opportunity to be recognised along with my peers, for our collective, lifetime contributions to the music industry.

"Neither the MusiCares' Person of the Year Award nor the Grammys' Lifetime Achievement honours can ever be repeated.

"The fact that I would be asked to audition for my own job, demonstrate that I can play at 'an appropriate level' and play better than my temporary fill-in with a moving target of made-up standards is both insulting and upsetting.

"Other band members and their lawyers will likely attempt to disparage my playing and claim that I am unable to play the drums right now.

"Nothing could be further from the truth.

"I did everything they asked - jumped through hoops and made both a recording of playing along solo to a recent live recording of the band - one I had never heard before, and that process was videotaped.

"In Aerosmith's 50-year history, no other band member has ever been subjected to this scrutiny, let alone be asked to audition for his own job!

"I hope our fans can understand that all I'm trying to do is get back to playing with the band that they love - and that's Aerosmith with all five original members.

"The greatest magic and success of Aerosmith happens when all the band's founding members are together in the house.

"To be removed from my rightful place on stage to celebrate our success - a success that acknowledges my own life's work, is just plain wrong." 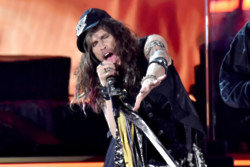 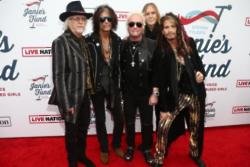 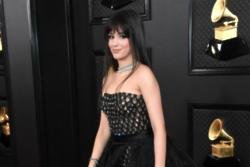